If you need another example as to why Nirvana is so great, just take a look at the band’s 1992 performance at the equally legendary Reading Festival. Be it Kurt Cobain’s stage antics (coming on stage in a wheelchair and playing in a white hospital gown), to the trio’s awesome covers of Boston’s “More Than A Feeling” and the “Star Spangled Banner”, the former grunge legends put on a show for the ages. 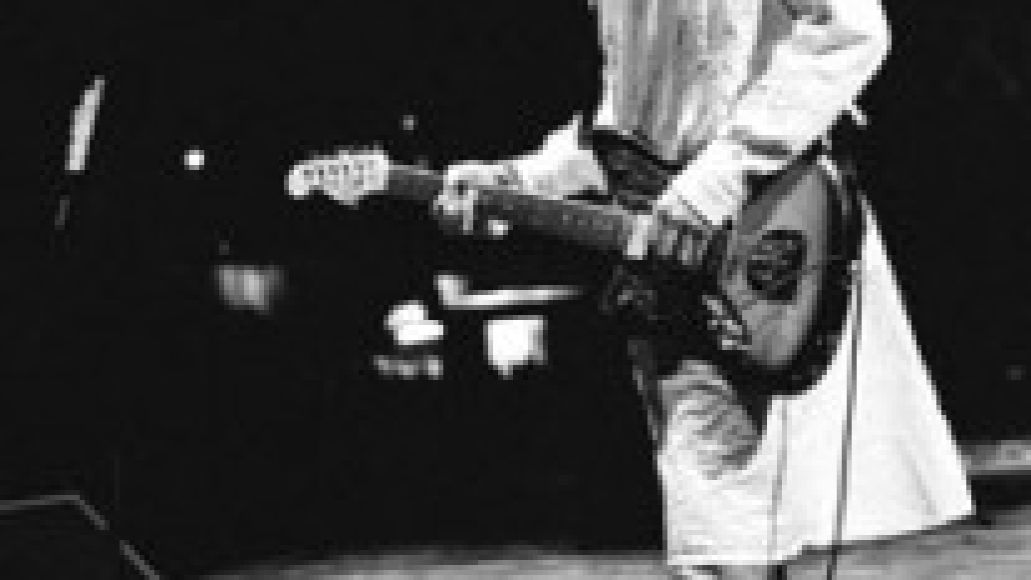 For the many who were unlucky, who neither had the cash or were born just a few years too late, no need to fear. A DVD of the band’s performance is getting a proper release in November via Universal Music. Aptly entitled Live At Reading, the film, which was approved by the surviving band members, will be remastered in Dolby Digital 5.1, and include restored video footage and bonus features.

But here is where things get tricky. There is apparently not the same thing as a bootleg version of performance that will also be getting a release in the near feature – that particular one, entitled Life Takes No Prisoners, is set due out on May 4th. But if the tracklist for the selection serves as any indication (see below), both DVDs will consist of a 27 song set…

…and comes right before the release of In Utero, meaning the Reading performance saw early renditions of “Dumb”, “Tourette’s”, and “All Apologies”, while missing other notable tracks, such as “Rape Me”, “Heart Shaped Box”, and “Pennyroyal Tea”. Still, a proper release of the set is a long time coming, and, well, is the first real Nirvana related release to be excited about for some time.

What other aspects of the Nirvana archive should get the official release treatment? Could that Fecal Matter demo surface still? How about that alleged Kurt Cobain solo record? Or, are these just urban legends?

We’ll have to wait ’til November 2010, presumably.