This summer, Rock the Bells will return for its fifth incarnation, and what better way to celebrate than with a bill that features 1/2 of Outkast, T.V.’s favorite house band, and America’s favorite Irish hip-hoppers…

Yes, Big Boi, The Roots, and House of Pain (featuring all three original members and La Coka Nostra) are among those currently tapped to take part in this summer’s Rock the Bells, as is Nas, Damian “Jr. Gong” Marley, and Common. All in all, some 25 artists will take the stage at each of traveling festival’s 10 stops this summer, which includes dates in Toronto, Boston, Washington, D.C., New York, Los Angeles, San Francisco, Miami, and Vancouver from June 27-August 9th. 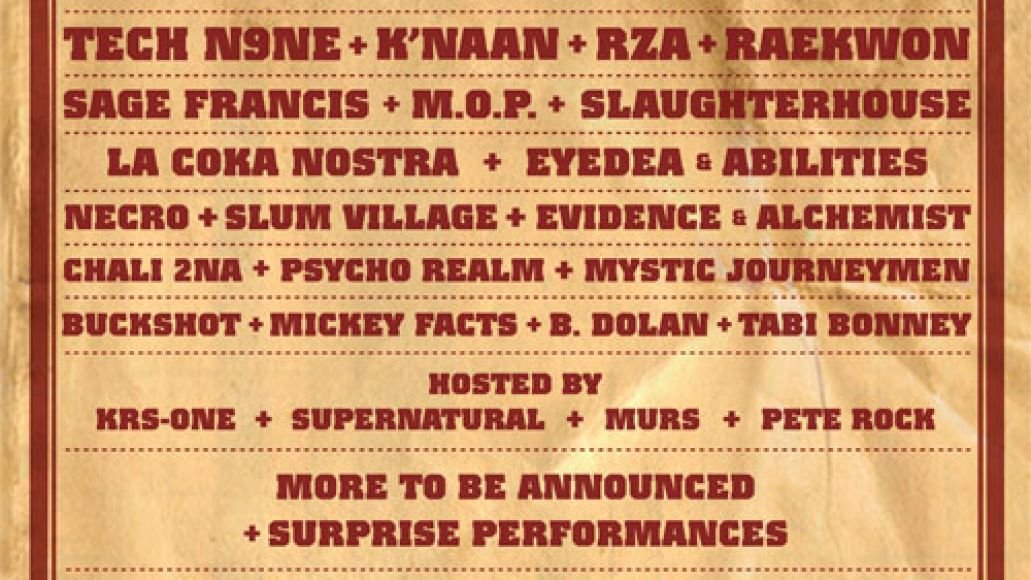