Portland, Oregon’s The Decemberists are a perplexing force in the modern indie scene. Not only are their elaborate concept albums and rock operas pretty mind-boggling, but they carry with them a sort of unfitting paradox for a hyper-literate folk-rock outfit. The band is amazing, but their fame is a bit confusing, given their seemingly niche sound. Confusion only grows when the band makes announcements about appearing on cable television, like they did when they unveiled that the outfit will be making its second (yes, second) appearance on Comedy Central’s The Colbert Report on Monday, April 27th. Keep in mind, The Colbert Report has featured the likes of mainstream powerhouses Coldplay and that guy from Jersey, Bruce something or other. 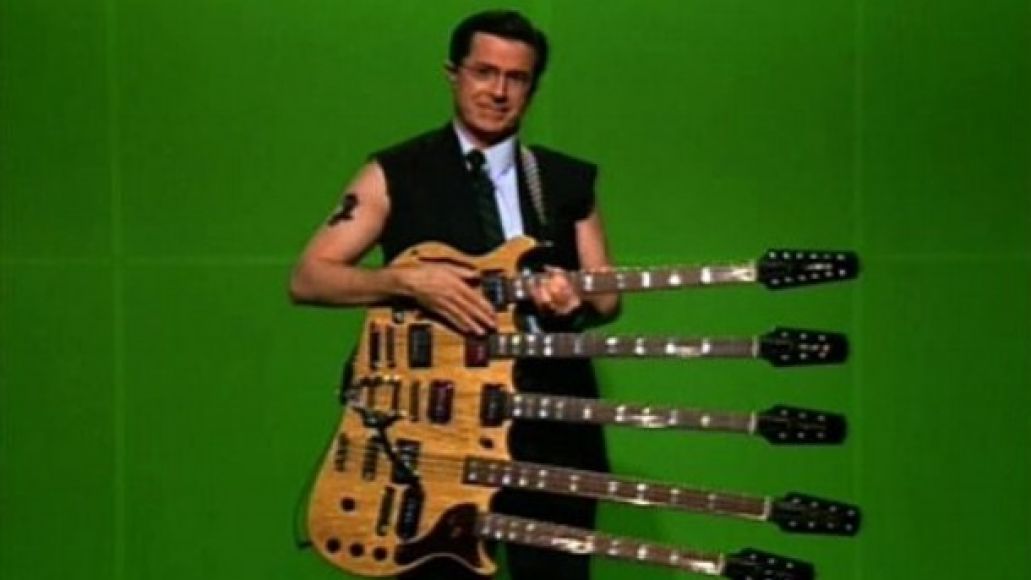 Anyways, enough blabbering about how the band has reached such a level of success. Unlike their last appearance, which merely showcased Chris Funk’s nack for shreddage in a staged Shred contest which saw Colbert take a stab at playing Rick Nielsen’s five-necked beast before he brought out Peter Frampton to “win” the thing for him, this time around, the whole troupe will make their way into the Colbert studio. Who knows what they’ll be playing, but I’m sure it’ll do them a good deal of justice.

Additionally, Meloy and co. have announced “Phase Two” of their “A Short Fazed Hovel” (see the cause for confusion in their popularity?) 2009 summer tour. Dates are to follow and The Hazards of Love is out now and is great.

The Decemberist to address Colbert Nation