Lots is going on in the world of The Beatles these days. For one, the surviving members recently reunited and will probably do so again in a couple weeks. George Harrison is getting a posthumous star on the Hollywood Walk of Fame. Then, there’s that Beatles based video game set to hit record shelves in September. Hell, the legendary English outfit is even causing like Jennifer Aniston to be like all over John Mayer.

So it only makes sense that The Beatles are once again in the headlines, this time around for something one billion times cooler than anything Jennifer Aniston can do. Apple Corps Ltd, aka the band’s multi-armed multimedia corporation, 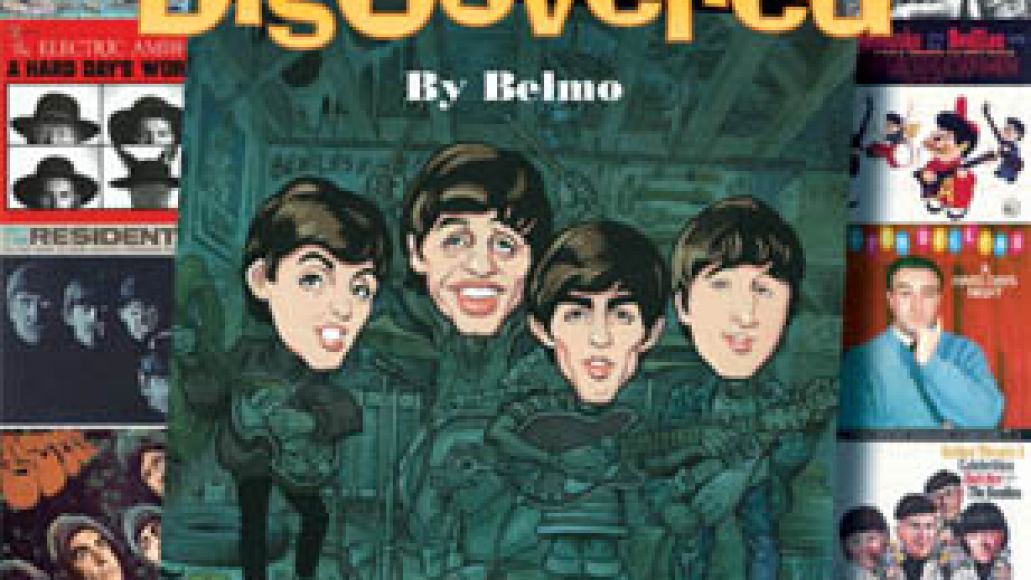 and EMI Music, aka a major label that is somehow still in business, have announced plans to re-release the Beatles entire catalog on September 9th.

Each of the band’s 12 albums, along with Magical Mystery Tour soundtrack, has been completely re-mastered – a team of EMI engineers reportedly spent four years utilizing state of the art recording technology alongside vintage studio equipment, carefully maintaining the authenticity and integrity of the original analogue recordings – and will include replicated original UK album art, expanded booklets containing both original and newly written liner notes, and rare photos. For a limited period, each CD will also be embedded with a brief documentary film about the album.

As if that wasn’t enough to leave you feeling all tingly inside, EMI is also planning to release two box sets. The first will be a combination of the previously released Past Masters Vol. I and Past Masters Vol. II compilations, a 16 disc set featuring 14 Beatles titles. The second, The Beatles in Mono, is billed as a release for the classic Beatles collector; it will contain 10 of the albums with their original mono mixes, plus two further discs of mono masters and the original 1965 stereo mixes of Help!” and “Rubber Soul”. All the albums will packaged in mini-vinyl CD replicas of the original sleeves with all original inserts and label designs retained.

Discussions for the digital release of discography are still on going, though give the amount of recent scuttle, one would have to think that will be coming sooner rather than later.

Either way, hope you saved up. This is going to be an expensive fall…

The Masters get Remastered: Beatles catalog gets refurbished