I expected to spend my Saturday dancing into the night with Ladytron and The Faint over at Chicago’s Metro. However, my hopes were soon shattered upon arriving only to find that my name had been neglected from the list (always get the tour manager’s phone number). So, I made a quick change of plans and headed out west where I found myself in front of a Black Gate in the heart of Wicker Park. It was the Black Gate Sessions artist space and it’s an incredibly chill atmosphere that oozes hip. Fitting because just inside were the hip hoppers Derill Pounds, Kosha Dillz, and Yak Ballz playing a secret show on their day off (they played Abbey Pub the night before.)

Starting the night was the local trio (minus their DJ), Muff 7, who entertained the crowd with its outrageous costumes and lively stage show. Gustav Mandible (the skinny one) grabbed a record and smashed it into a bunch of tiny pieces and picked out up to scratch on to kick off their set. After they broke in the crowd, Derill Pounds grabbed the mic and tried to loosen them up a little bit further. The rapper from Oshkosh, Wisconsin accomplished that feat with spitting his nearly tenor flow over Bufus Wood beats and putting his heart and soul into the music. When the set was over, the bathrooms filled up and the bartender (pictured) got quite a bit busier as the crowd indulged on the cheap ($2 beer, $3 mixed) drinks in anticipation of Yak Ballz set. 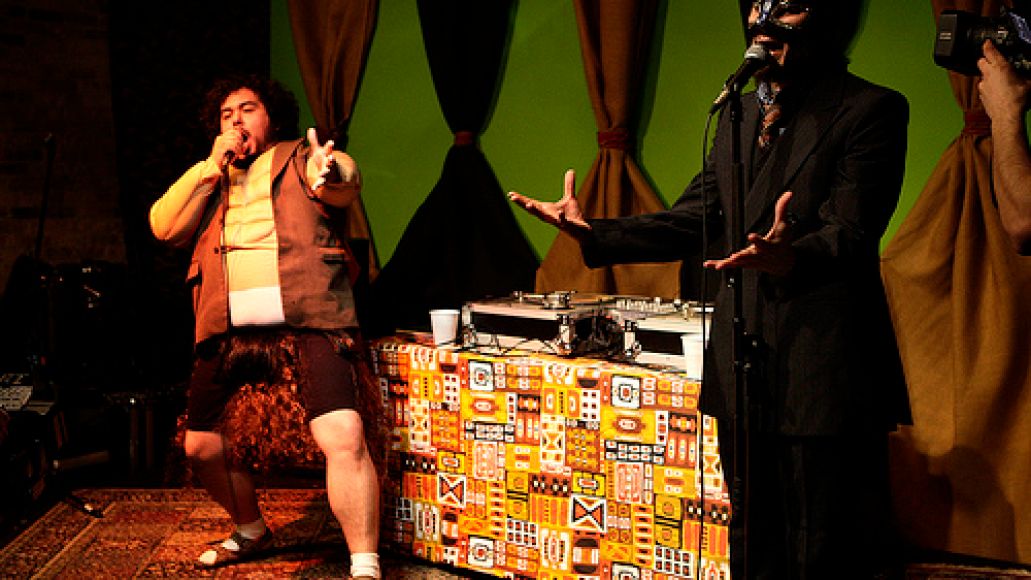 Hitting the stage about ten minutes after he was supposed to go on, Yak entered stage right with a golden masquerade mask hiding and a stocking cap. Yak Ballz makes sure everyone knows who he is with the intro, “When I say Yak, you say Ballz, Yak…Ballz!” Then came the beats. The bass was thumping and my ears were pounding, seriously. I didn’t think a loft space would have such loud sound system. Halfway through the set, he ripped off the mask and threw down the hat to spit some mad rhymes. The highlight of the night was towards the end when he broke out the Aesop Rock produced “Dirt Empire” where Yak charges the media with spewing nothing but dirt. It is also the first music video that Yak has made (more information on the video here: http://www.charlex.com/yak/.)

Kosher Dillz was set to go on a few minutes after Yak’s set but we didn’t stick around since it was already after 12 and a warm queen sized bed was sounding especially nice. In the time that I was at the Black Gate, artist Brooks Golden managed to finish a piece he was working on ever since I got there- there’s a photo of him at work below. The security guards dressed up in Mexican wrestling masks were a piece of work as well – unfortunately, no photos of them were taken. After all, jeopardizing the evening would have been an awful mistake. 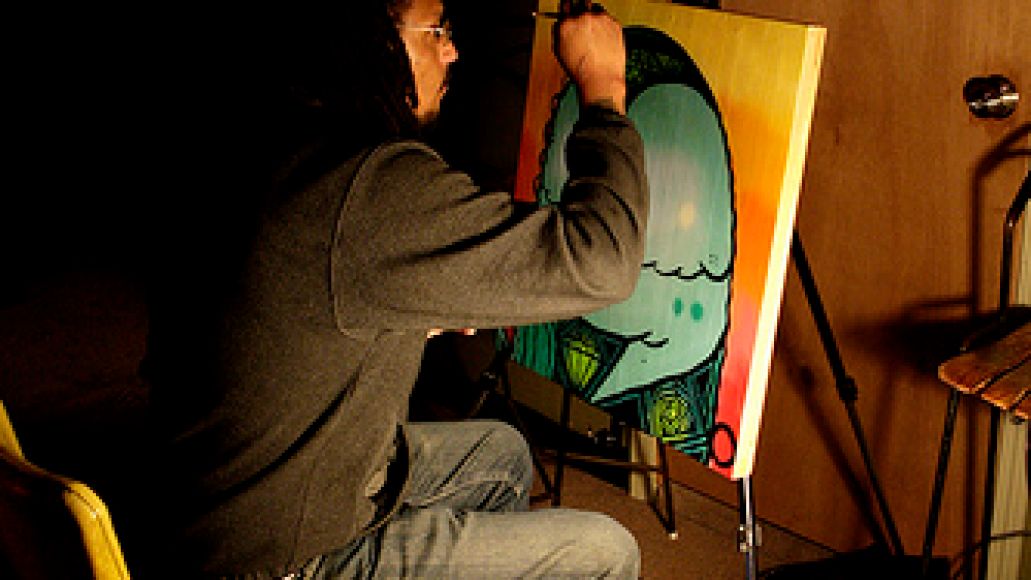 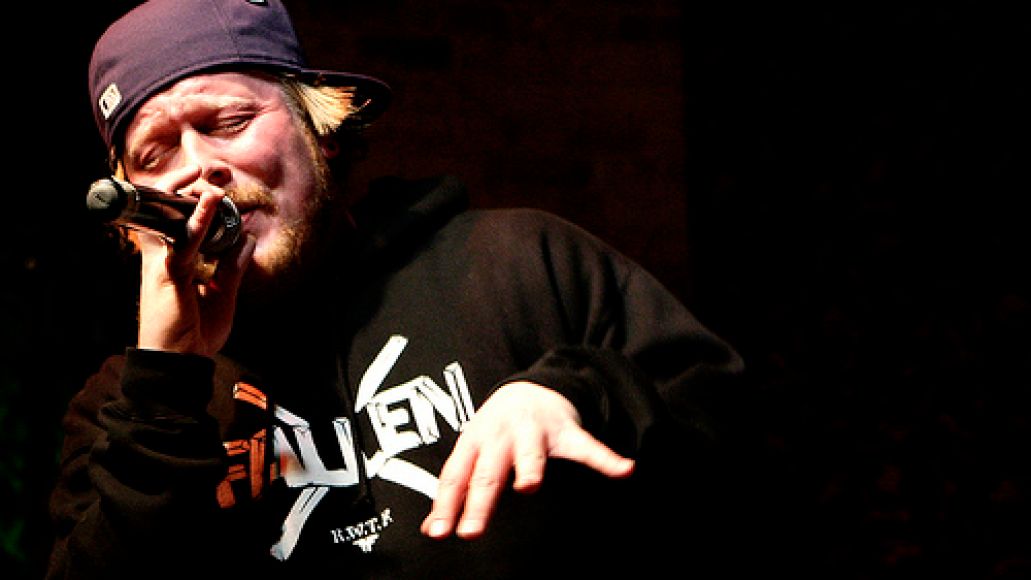 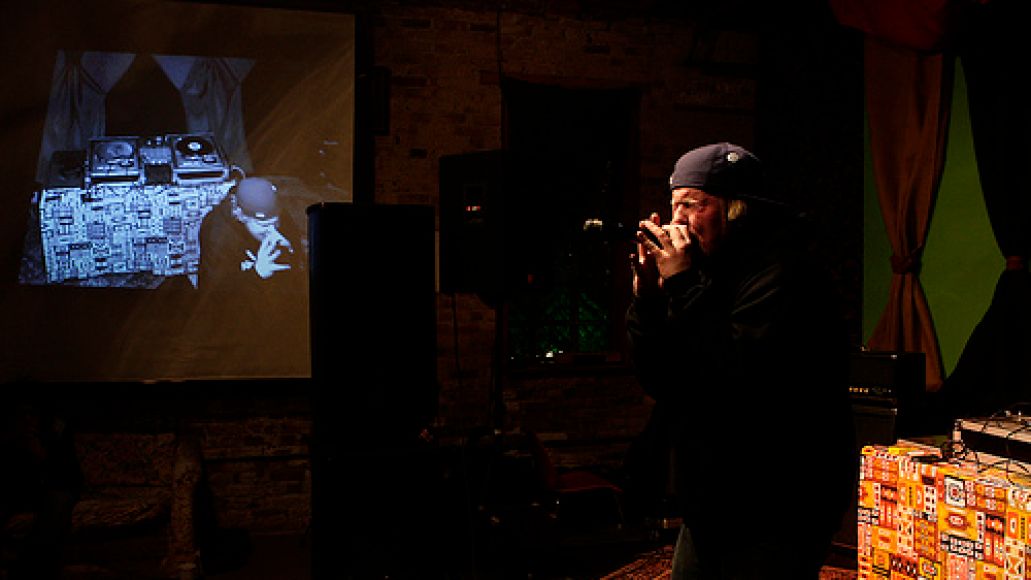 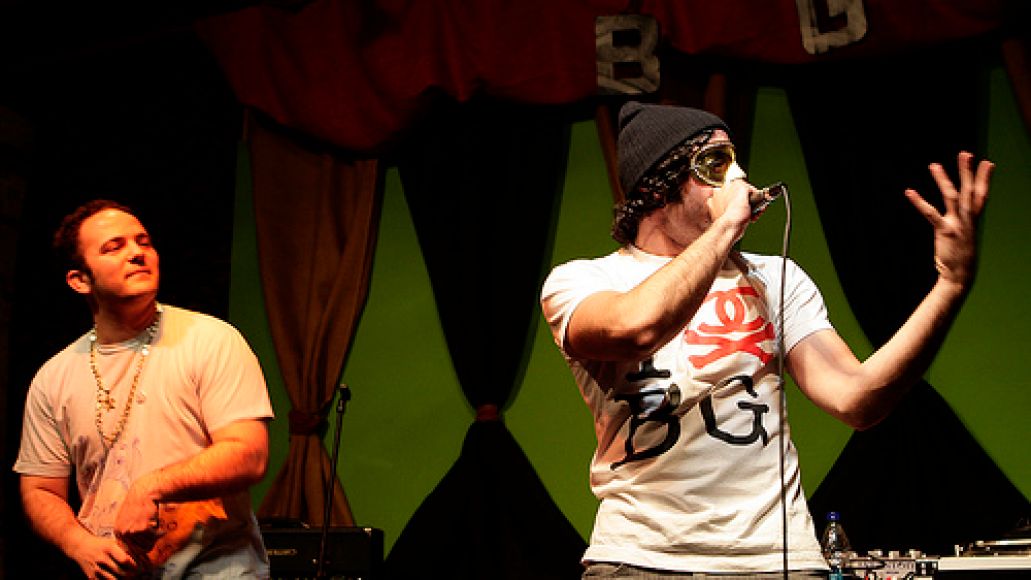 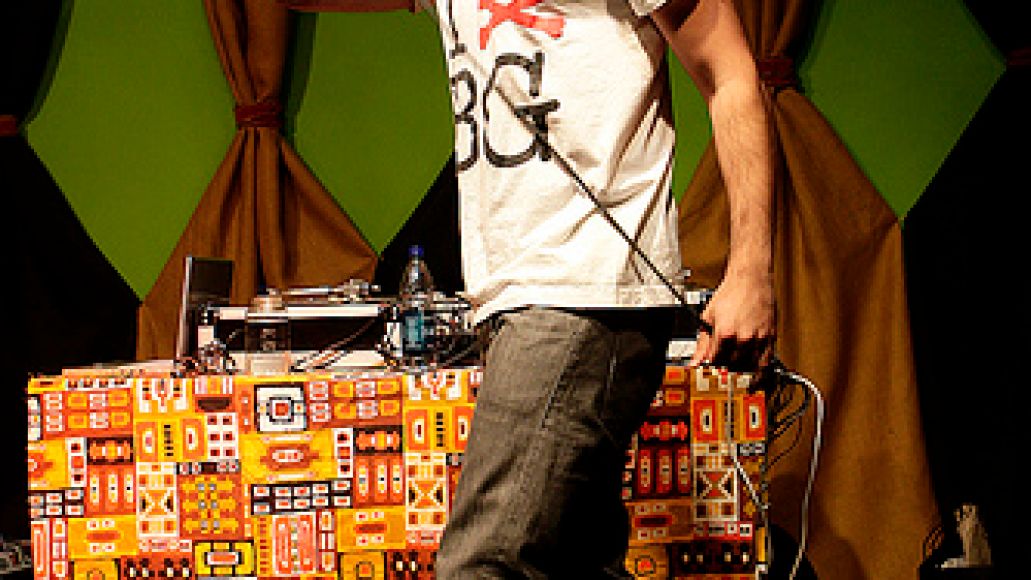 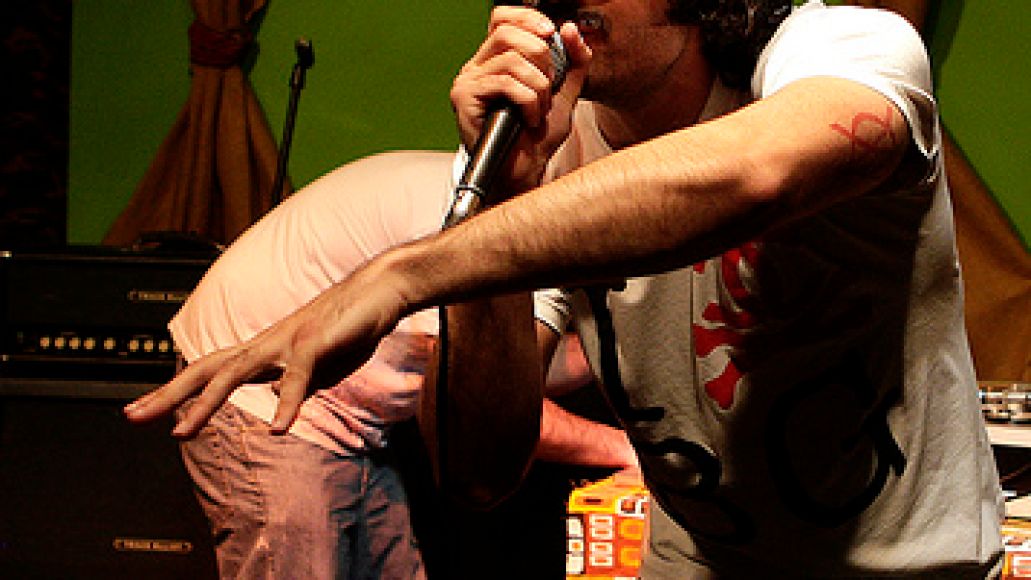