The Kills…The Horrors…and Magic Wands. No friends, this is not a summary of a some late night World of Warcraft fun. Instead, this is what transpired at New York’s Bowery Ballroom on Saturday night when three of indie’s most acclaimed up-and-comers hit the stage for a ruckus night of musical magic. Ok, so maybe it wasn’t the type of magic you’d find at your typical LAN party, but as you’ll read, at least a few things about Saturday night did turn out pretty special.

The Magic Wands opened the show and played a short albeit sweet set. A much poppier version than The Kills, the Nashville duo of Chris and Dexy were solid as an opener. The songs may not be the most original ever, but the structure and dynamic between the two elevate the songs. This includes the fun and whimsical “Teenage Love”. While not as layered live, the song is stripped down and the deliberate lyrics are played straightforward. The pining of young romance, of the flame that can only be captured in youth, is handled well.  “Kiss Me Dead” was another song with a great hook and catchy repetitive chorus. Although the set design was minimal and the interaction was kept rather low-key, the band made the wait for The Kills easy to bear. The same couldn’t be said for The Horrors.

Although not entirely true, The Horrors were a bit of a disappointment. This may have been due to the large room of Webster Hall, the fans sort of waiting for The Kills, or just the general crowd itself. The band on stage presented a mix of punk, new wave, and goth. As if New Order and Bauhaus had a child who wanted to rebel and throw their fist in the air. It’s definitely a bit of an identity crisis, with some of the trappings of 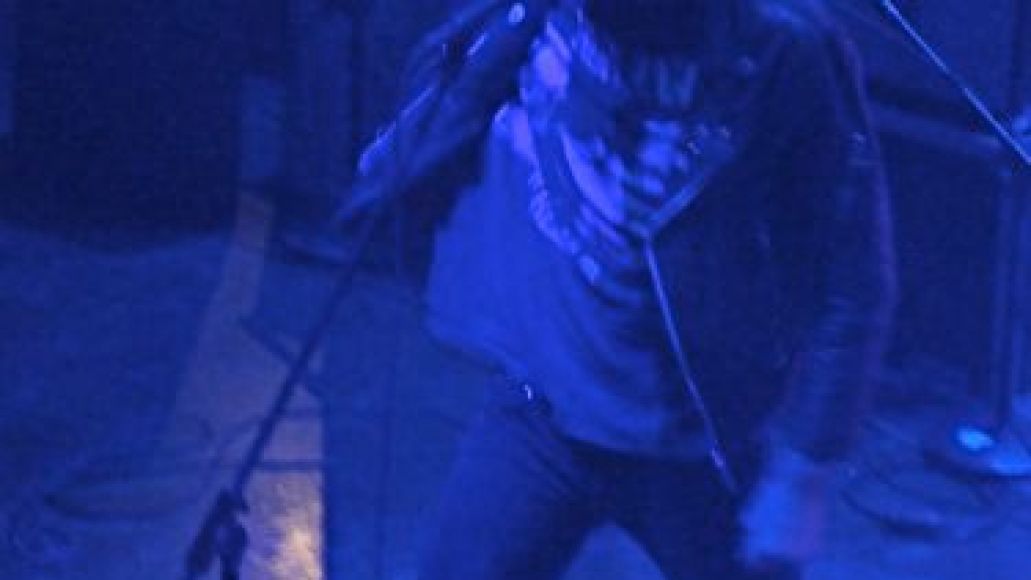 “I’m angry but I love synths.” The band had some decent tracks and the synth lines worked really well. I wanted to move around more with certain songs, but it morphed into something more thrashing. Frontman Faris Badwan was great to watch though, and as he threw himself around the mic stand, he posed in ghoulish ways, too. It was interesting and I felt a smaller club would suit them well, adding some mandatory dimension.

Webster Hall was full to capacity when The Kills hit the stage. With no real stage set, Jamie Hince and Alison Mosshart took the stage alone. Now, I’ve been disappointed by The Kills before, at Lollapalooza, where their set was shortened when Mosshart couldn’t take the Chicago heat anymore. Admittedly, this past experience tempered my excitement, but as soon as the two hit “U R A Fever”, I forgot all about any former gripes.

This band is tight. Mosshart slinks and struts around the stage, completely owning the performance, and it’s apparent she’s as comfortable here as she is with her more recent foray, The Dead Weather. Despite the challenging acoustics of Webster Hall, her voice sounded great; although, as the music grew louder, the guitar tended to drown out the vocals. She’s not alone, either. Playing her equal, Hince is an astounding guitarist, moving around, dancing and just responding to the music. Together it’s supreme. The two have the great act of unbridled lust that generates from every part of their body.

The set was dominated by tracks off of Midnight Boom. “Sour Cherry”, with its funky loops and sing-song chorus, is just as playful and fun live as it is on record. “Last Days of Magic”, one of my favorite tracks as well as the crowd’s, was everything anyone could have hoped for live. It oozed tension, drama, and passion — especially, with that menacing sonic undertow. “Tape Song” went over well too, and as soon as the bottom dropped out in the song, the fans responded. What’s surprising is that while new material flooded the set, acouple of tracks from Keep On Your Mean Side squeezed by, including “Kissy Kissy” and “Fried My Little Brains”.

Regardless of the set, I left a little disappointed. The biggest obstacle for me when it comes to The Kills live is the lack of danger. All the songs have a backing track. The level of polish enhances the songs, because they sound just like they do on the album. Without a live drummer or keyboardist, the band is stuck in idle. There’s no deviation from what you hear in your headphones. In other words, the band cannot improvise or let the music take them somewhere else.

Nevertheless, The Kills are no slouches. Between the great vocals and guitar work, they have carved their way onto the scene with their own undeniable brand of sexually charged indie rock. Webster Hall did not disappoint but it did feel lacking. Being able to crank up the volume on your headphones and getting the same experience in a live setting shouldn’t be the same, but that’s what it boils down to for me. There is no danger inherent in the show and the sexual tension seems to be dialed back. Although The Kills can kill it, don’t expect it to be epic. 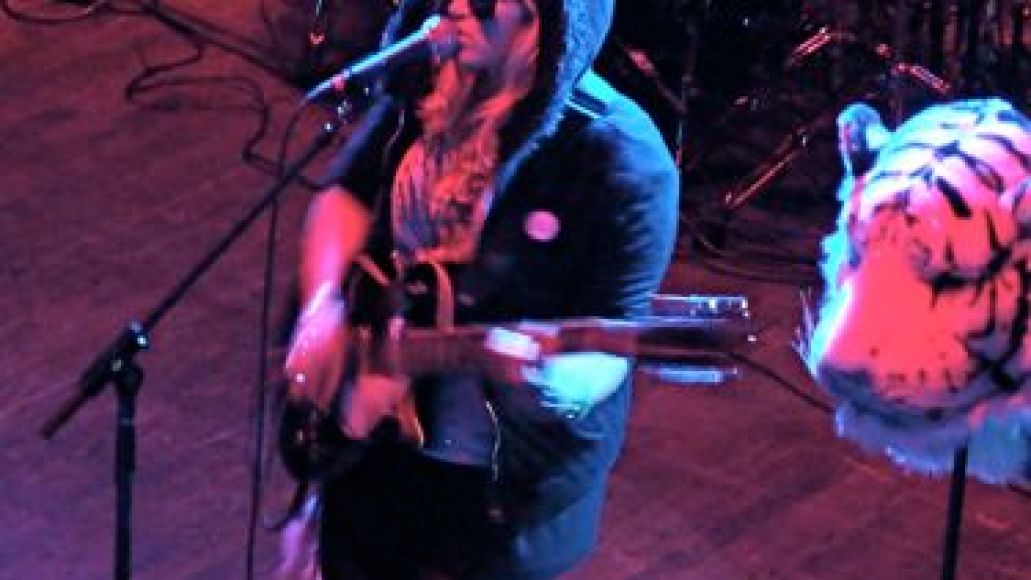 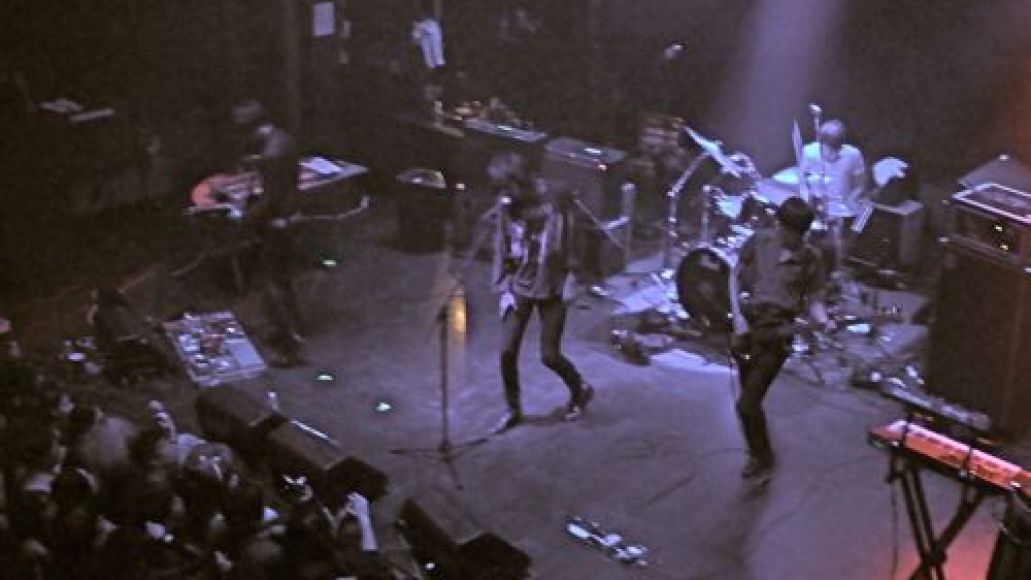 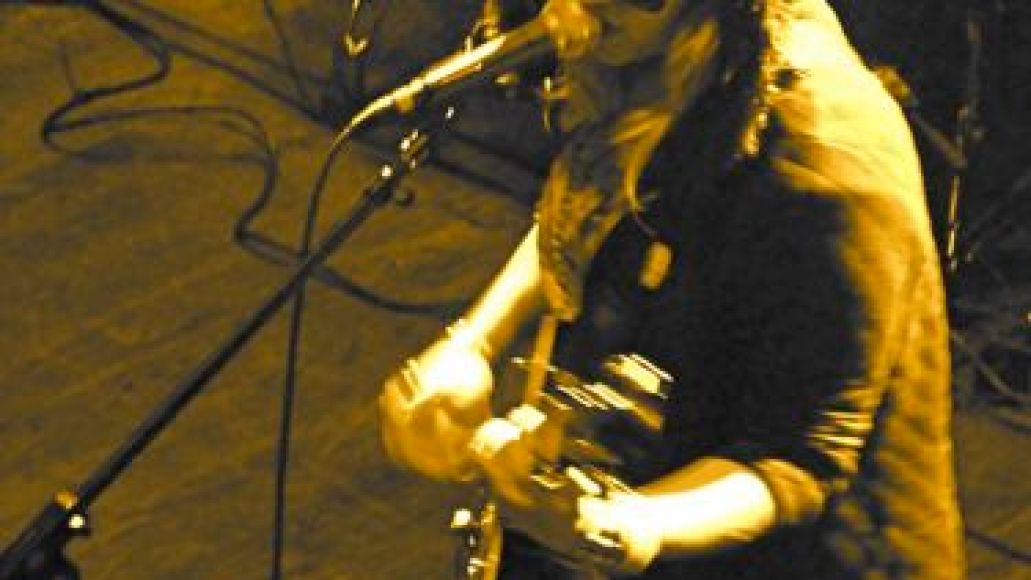 A night of Kills, Horrors, and Magic Wands at Bowery (5/2)