There’s a decent chance that I own more crappy earplugs than anybody in the world. A couple years ago when I first decided it would be a good idea to take better care of my ears I stopped in and bought a pack of cheap earplugs on the way to a show. They come in pack of thirty or something. Great. Except pretty much every time since then that I get the urge to be responsible I realize halfway to the show that I left my earplugs at home and end up stopping at an Osco or a Walgreens and buying a whole new package. So eventually I did the smart thing and started keeping a package in my car. Great. Except last night on the way to Dan Deacon‘s performance at the Metro I couldn’t find them. So I stopped at Osco and bought another package. And then, of course, about ten minutes down the road I found them rattling around under a seat.

The punch line is that after this whole ordeal I ended up taking the earplugs out after about two songs. This is because earplugs totally blow and I hate them. It has nothing to do with the softening of the music; it still sounds good and loud with the plugs in. It’s more a matter of the plugs shutting out everything else in the 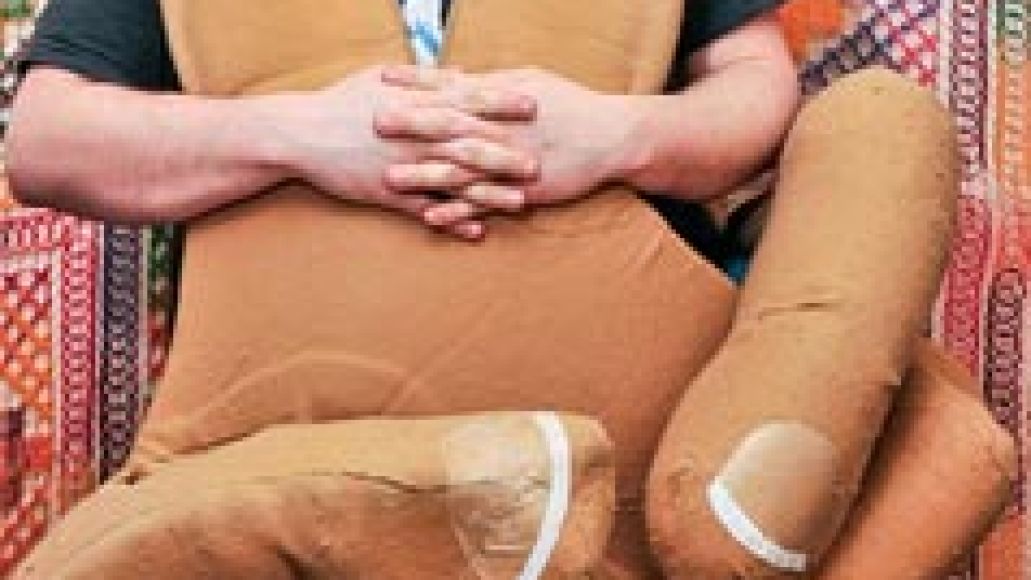 venue. The random, non-musical sounds responsible for a good chunk of the energy at a live show are non-existent when your ears are full of whatever the hell they make earplugs out of.  The sounds that make a live show special are not limited to those produced by the band. If they were you may as well stay home and listen to an album. A live show is meant to be a communal experience and nobody gets this more than Dan Deacon.

It’s no real surprise that Deacon is so big into communal experiences. The guy is part of Wham City, a collective of Baltimore artists who share worldly possessions and work together for the good of music and friendship. In fact, part of the reason I was so obsessed with getting earplugs was that he decided to take some of these friends on tour with him as part of a 14-member ensemble that was sure to blow out every eardrum in Lakeview. Unfortunately, the ensemble did little more than satiate the desires of that guy who doesn’t feel fulfilled at a concert unless he can stand in the crowd and watch a dude play an instrument.  This is no knock against the band. They were all fine musicians and the percussionists especially delivered a few great moments, most notably on “Snookered”. Furthermore, it would be disingenuous to underestimate the brilliance it took Deacon to turn Bromst into something that could be performed by a full band. But mostly the band was just there, taking up a full stage to produce a sound that Deacon was able to produce just fine as a one man show. The ensemble was rendered further obsolete by the fact that 95 percent of the attendants were far too busy taking part in Deacon’s games to pay any attention at all to what was going on up on the stage.

Deacon’s show has become much more structured since his last stop at the Metro. The results are mixed.  When he opened for Girl Talk last year he set up at the back of the floor and delivered an hour of non-stop music, whipping the crowd into a frenzy by putting it through various goofball activities. Now, by Deacon’s own admission, the activities are the most important part of the show. Between nearly every song Deacon brought the music to a piercing halt, choking any momentum that had been building, to give a lengthy explanation of how the next activity would work. And with a grander profile comes a grander scale of activities, perhaps too grand for a venue like the Metro. One of Deacon’s games involved the whole crowd running in a circle through the outer hallway of the venue. This was a great idea, except the crowd got bogged down in the Metro’s narrow halls. Instead of being the wild circle pit I’m sure Deacon imagined it to be, the procession ended up trudging slowly along like cattle, pissed off that the folks in the back were busy stealing their spot on the floor. Another activity, something involving a gauntlet and some shenanigans where people were supposed to run down the stairs, outside the venue, back in and up the stairs again, didn’t seem to get that many takers as most people preferred to just stay and enjoy the music.

All that said, the final third of the show was some of the most fun I’ve ever had at a concert. “Baltihorse” was a crazy fifteen-minute jam, and since few people cared to run through Deacon’s crazy gauntlet, the party was on the main floor where it should be. “Baltihorse” transitioned into “Crystal Cat”, the first song of the night not from Bromst. The crowd responded by going ape shit crazy, a definite sign that people are still much more familiar with Deacon’s Spiderman of the Rings material.  Deacon ended the show with an epic sing-along on “Silence Like the Wind” and a surprising “Wham City” closer on which the band was introduced and took turns stage diving. Since the building was in such a ruckus by that point it was tough to tell from my vantage point, but Deacon may have just pressed a button and walked away, letting the song play for the ecstatic audience. The uncertainty on the issue proves the point that fun is fun, no matter how hard the person on stage is working.