“We’re going to start going backwards, if you don’t mind,” Elvis Perkins, taking the stage alone at Bell House, warmly informed his expectant crowd before beginning a song about endings. It was just him, vocals straining with folk-pop sweetness, and his acoustic, working through the optimistic melodies of “1 2 3 Goodbye” as the Dearland part of Elvis Perkins in Dearland crept to their positions on stage. It was a promising start from a musician who, through two albums now, has shown lots of promising-startness. But then we started going backwards some more. 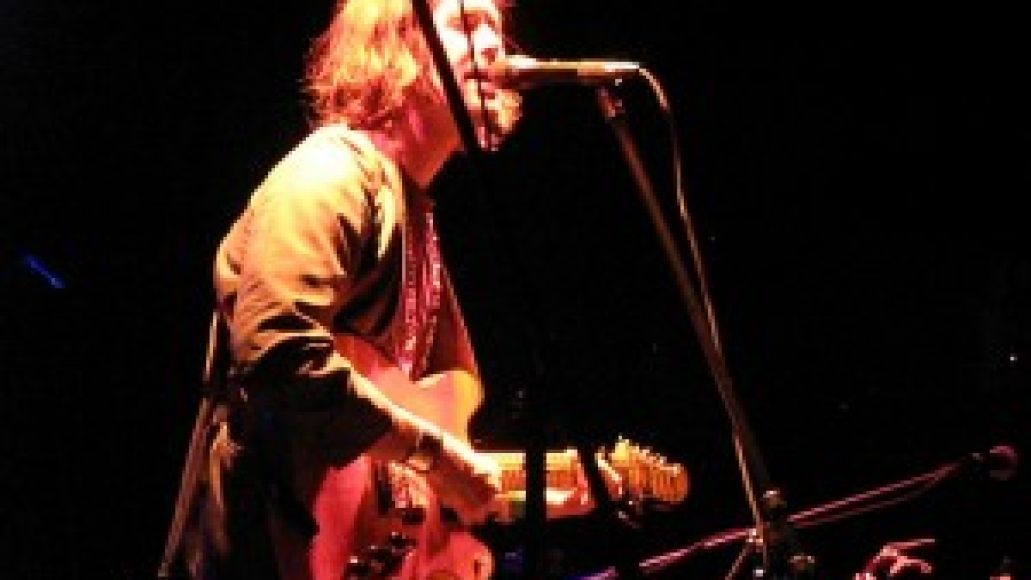 Perkins’s thoughtfully tempered, wistful/brooding folk-pop has, as a matter of course, garnered all the attendant comparisons to Bob Dylan (as well as Tom Waits, Van Morrison, Nick Drake and even Leonard Cohen), but the Dylan-ness of his delivery at this performance was startlingly and surprisingly full-on. “Chains Chains Chains” may as well have been “My Back Pages”; “Emile’s Vietnam in the Sky” came off as a plodding copy of “Stuck Inside of Mobile With the Memphis Blues Again”.  Here’s a bit of 12-bar blues; there’s a hit of harmonica; and didn’t that last number sound an awful lot like “Maggie’s Farm”? The fact that Perkins himself often sings with nasally intonations and keeps his harmonica strapped ever-ready at his jaw, well, didn’t help. The overall effect wasn’t one of imitation or mimicry — rather, it was just the unshakable bummer that the music didn’t sound more singular and unique.

But hey, at least Perkins, unlike Dylan, doesn’t suck balls live. Though of few words, the former’s camaraderie with the crowd was palpable (he actually referred to a young, female concertgoer as “ma’am”), and in turn, the Dearland devoted couldn’t have listened more reverentially (to the occasional point of near-silence). Drummer Nick Kinsey added a welcomed dash of theatrics getting out from behind his kit, strapping a bass drum and cymbal to his chest and cavorting about the stage with carefree vigor. His percussion bolstered Dearland’s hushed arrangements with a Dodos-esque thumping, which was likewise well complemented by the Tin Pan Alley-ish, brass-section support of the opening band, The Woes, a New York-based, alt-country/ragtime/funk-soul outfit that fucking rocked the night’s first set.

Somewhere past the midway point, the band left the Dylan behind. With the traditional “Crucifixion Song”, its sound began to shimmer with a spiritual rockabilly vibe. That then carried over into the church-derived blues-rock of “Stop, Drop, Rock and Roll”, a nostalgia-dusted ditty that practically begged for a Chuck Berry duck walk to be done across the stage (which probably would have cracked the femurs on Perkins’ hunched, skeletal frame). And then Perkins brought out his two most popular singles — “Shampoo”, with its working-song undertones and, as the last encore, the hooky ballad “While You Were Sleeping” — and finally, fantastically, he sounded exactly like himself. 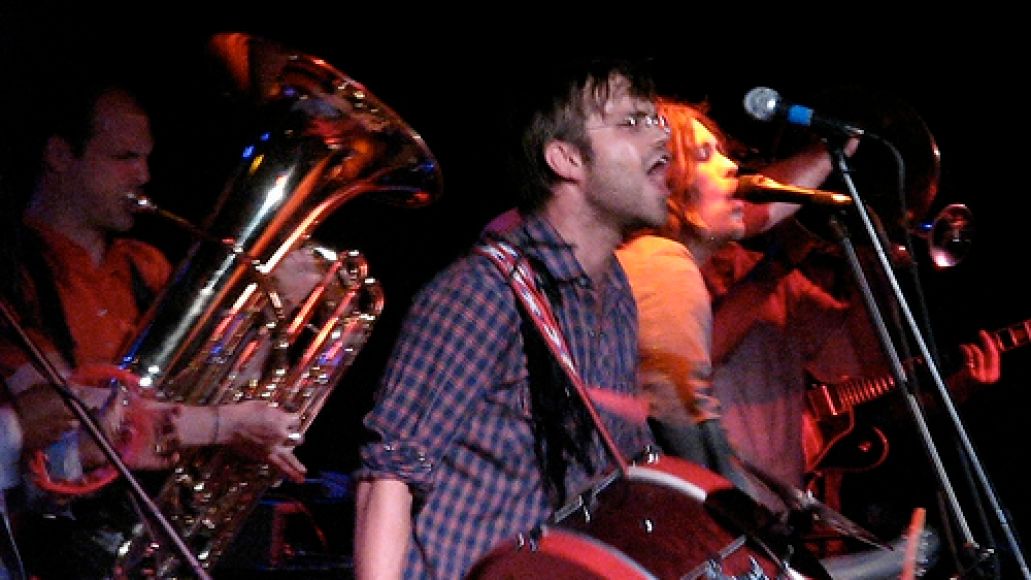 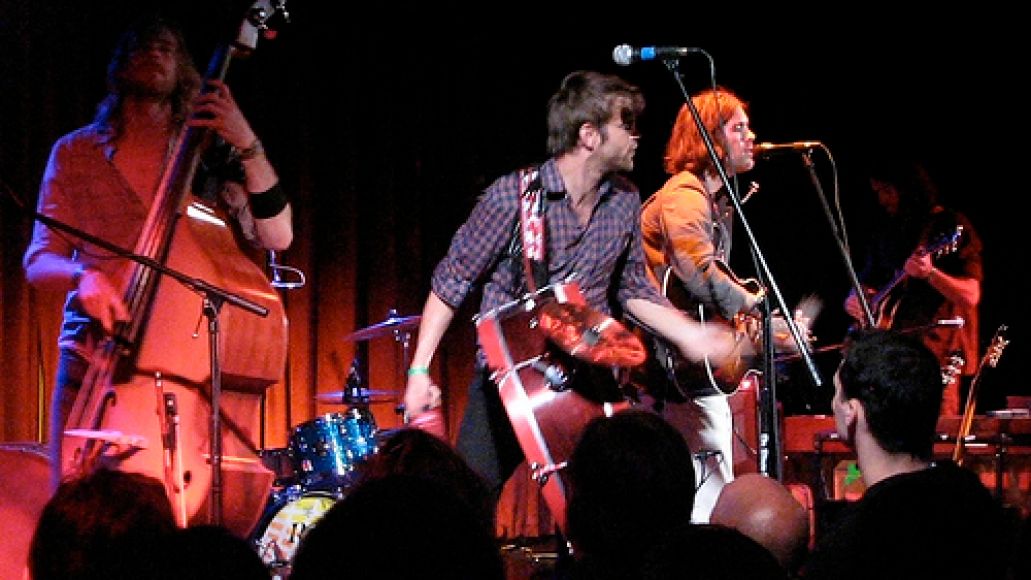 Elvis Perkins rings in at the Bell House (5/20)