There aren’t too many women in the metal scene and, what’s worse, many of the women who are brave enough to endure “show off your tits!” every night, are those who dress provocatively and usually aren’t the greatest musicians. Keeping this in mind, I had cajoled my best friend (aka ‘Homegirl’) into hitting up Toronto’s Opera House early enough to catch the second opening act for Mastodon, promising that Kylesa’s latest album, Static Tensions, would be off the hook. “Plus,” I added as an extra incentive. “The guitar player totally kicks ass.”

Homegirl rolled her eyes, but after Kylesa’s set, begrudgingly admitted that yes, Pleasants would probably kick both our asses at the same time if we looked at her funny. Not into metal but supporting her best friend’s mini-obsession with Mastodon, in town to support its latest effort, Crack the Skye, she had agreed to accompany me. 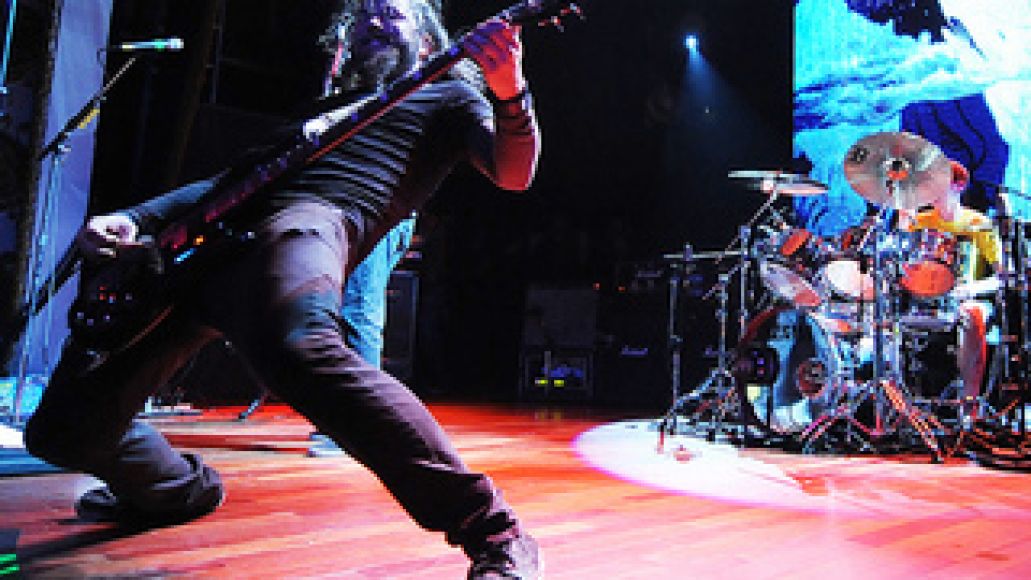 After standing patiently on hard concrete through the opener, Intronaut, who performed a short, five-song set of middle-of-the-road doom/progressive metal, the crowd, knowing that the evening could only get better, started filling in. The Los Angeles-based quartet were passable, but did not provide any memorable flourishes and perhaps because of their lack of stage presence, were soon dismissed.

While the album version of “Running Red” is a droning, heavy-as-fuck doom riff-filled track, Kylesa’s live version was electric. As with almost every rock band playing live, it was slightly faster than I remembered it 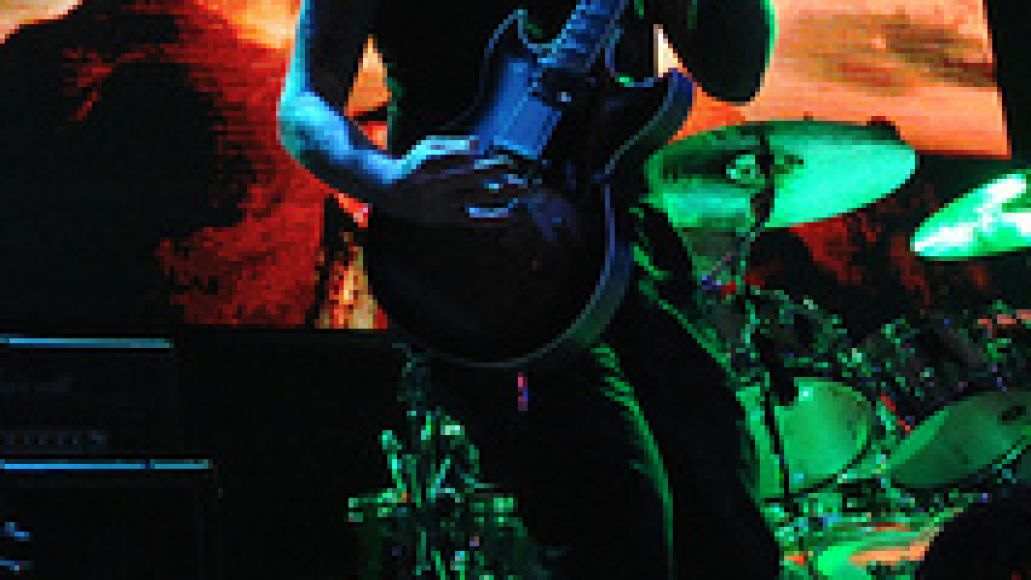 on Static Tensions and pared with hot pink/red lights that bounced off their album cover backdrop, the crowd, who was milling around waiting for the headliner, suddenly perked up and moved towards the stage.

Pleasants, who shares vocals with the equally awesome guitarist Phillip Cope, commanded the stage, headbanging like a maniac. Unlike the openers, the band was clearly enthusiastic and because they were enjoying themselves on stage, the audience began to enjoy themselves. After Tension’s “Said and Done”, Homegirl was officially a fan. Watching drummers Carl McGinely and Eric Fernandez pound away in unison provided even more heaviness and visual appeal to the set.

It was previously announced that Mastodon would play Crack the Skye in its entirety and I was a little concerned about how the album’s musical intricacies would translate in a live format. Also, having witnessed guitarist Brent Hinds sing live at previous Mastodon shows, I had suggested to Homegirl that she wear earplugs. While reportedly being a douche-bag in real life, Hinds is a phenomenal musician and his vocals are fantastic on the album. But, live? Live he usually sounds like a wild, rabid animal, one whose leg got stuck in a trap.

Despite a few technical glitches during the first three songs, the band found its groove and were able to capture the spirit of Catch the Skye. Accompanied by a keyboardist (and some pre-recorded vocal harmonies), the band successfully completed the seven-track album and after a quick intermission, came back to play some tracks from 2002’s Remission, 2004’s Leviathan and 2006’s Blood Mountain. Moshers were visibly confused during the Crack the Skye tracks, realizing that there were no appropriate songs to flail their arms and mindlessly run in circles to, but as soon as the signature riff on “Colony of Birchmen” started, the crowd went wild.

Note for Mastodon fans: Try and see them as soon as you can. The previous shows I’ve caught were at the tail end of about a year’s worth of non-stop touring and the guys were visibly pooped. This show, 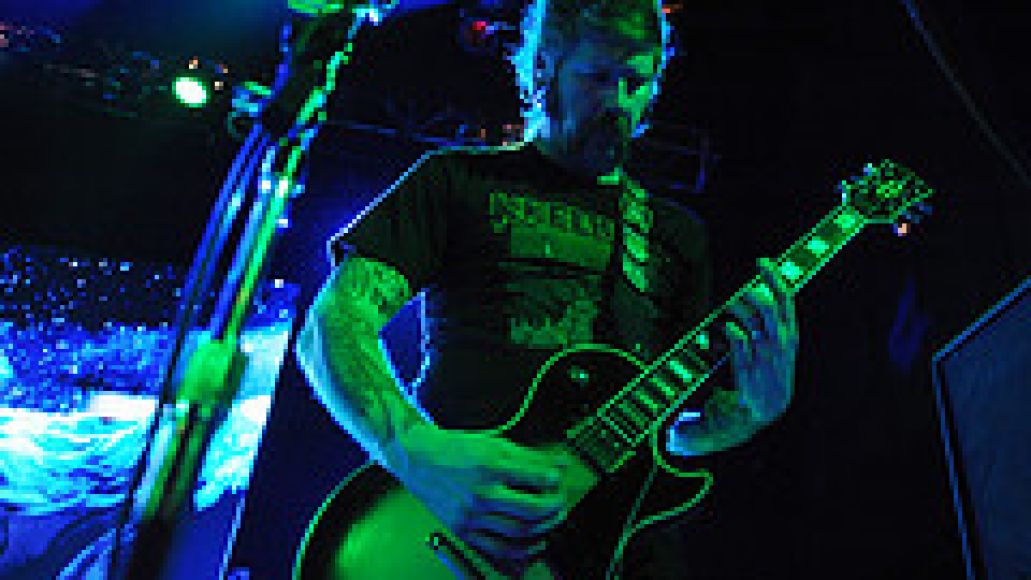 probably about the eighth or ninth since the album dropped, was a huge improvement. While the band rarely acknowledged the crowd, they were enthusiastic and on point. Bassist /vocalist Troy Sanders sounded great and did his signature move – the gravity-defying back bend – a few times, which Homegirl found impressive. Despite his horrible white-trash mullet haircut and rapist-style handlebar moustache, Bill Kelliher was on point. Despite being often ignored by journalists in favour of the witty drummer virtuoso Brann Dailor and Hinds, he showed the crowd what a talented guitarist he is.

Chatting with some dudes after the show, they agreed that this performance was Mastodon at its finest. Homegirl, who was starting to get a hangover, admitted that while the show was great, thought that Kylesa really captured her attention — but no more metal shows for her.