This past Saturday, at Chicago’s own Congress Theater, hundreds of Europeans, a bunch of burly security guards, and an assortment of amazing, attractive Chicagoans were assaulted. Some would describe them as having their hearts ripped out, others would say they were kicked in the groin, some would say their minds were turned to pudding. All statements stand true, but only one thing matters: The Prodigy is back and they will kick your fucking teeth in if you disagree.

Not with violence, but with pure unadulterated sound.

After three solid hours of DJ-ing, one of which by the brilliant and under-appreciated Tiga, the crowd within the crumbling Congress walls was officially whipped into a frenzy. Opening with “World’s On Fire”, The Prodigy showed that if you were unaware of their return, you have been missing out. Time has passed, sure, but things have hardly changed. The original trio of Liam Howlett, Keith Flint, and Maxim Reality is back and intact, and the group’s latest record, Invaders Must Die, keeps things in perspective, while also responding to the rise in electronic music over the past five years. The response goes something along the lines of “We’ve been doing this since 1990, bitches.” 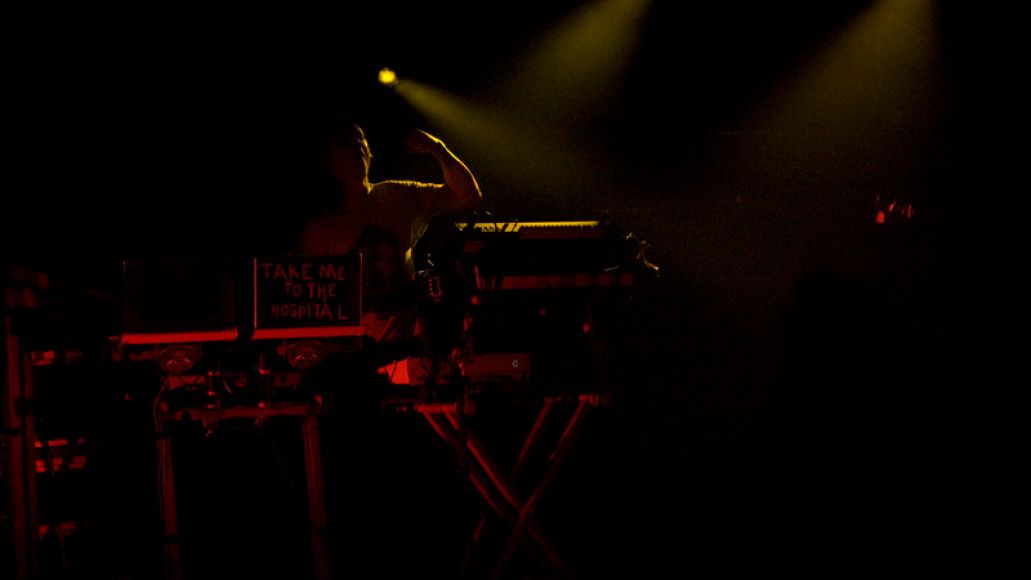 With a mix of material both old and new, all the fans inside the Logan Square venue were dancing. A few women were clad in bright, radiating clothing, bringing back the rave culture of yesteryear. They may have been under 20, but at least they knew a good show from a bad one. While most of the youngsters were probably only familiar with Fat of the Land and various tracks on their iTunes playlists, the band’s trademark stage show took hold of their fragile, little minds — especially with new classics like “Omen” and “Warrior’s Dance”. Judging from this crowd’s response, The Prodigy will be destroying the minds (and feet) of kids for decades to come.

For the aforementioned Europeans, late classics such as “Voodoo People” and “Diesel Power” went over well, most likely sparking some childhood memories of growing up in Europe. This is an interesting facet of the venue. Over time, The Congress has become a safe haven for acts with international flair and The Prodigy is no different. You might not speak English or be able to dress casual, but we love the same music, and in this country, that counts for something, damn it. 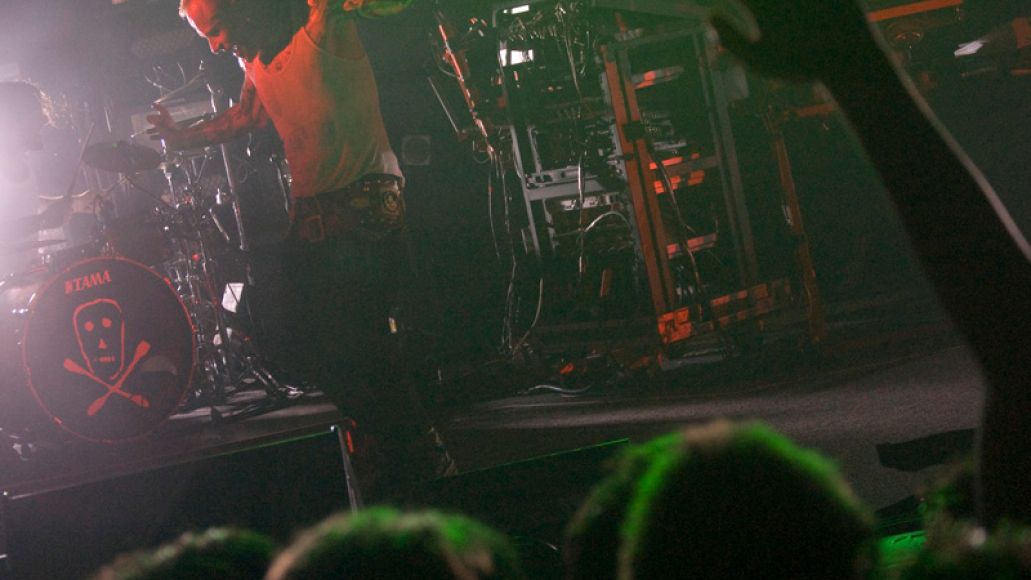 Overall, The Prodigy has clearly brought back something we’ve all missed…a great time out with friends. Here’s a band that puts its heart and souls into making people connect with their respected own. From the pit to the balcony, there was a real sense of love in this crowd. High fives, intense PDA, and a general sense of forgiveness for any concert faux pas filled Chicago on a warm Saturday night. The rest of the night belonged to a band many people thought were over, but even more people now know have returned. This band isn’t trying to be something they aren’t, they can only be The Prodigy and no collection of words can ever describe what that means. If you have a chance to see one of their upcoming shows, don’t miss it. 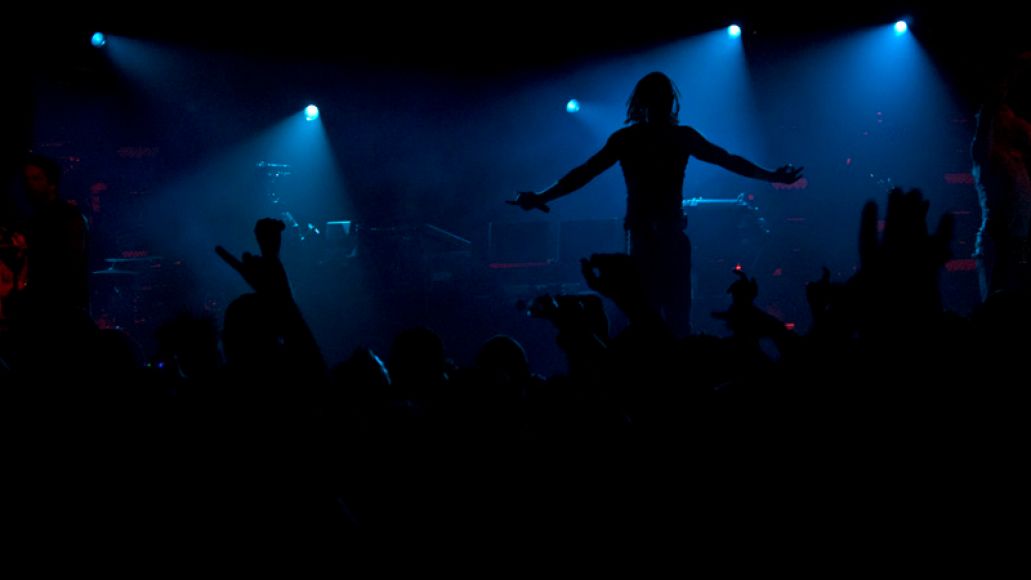 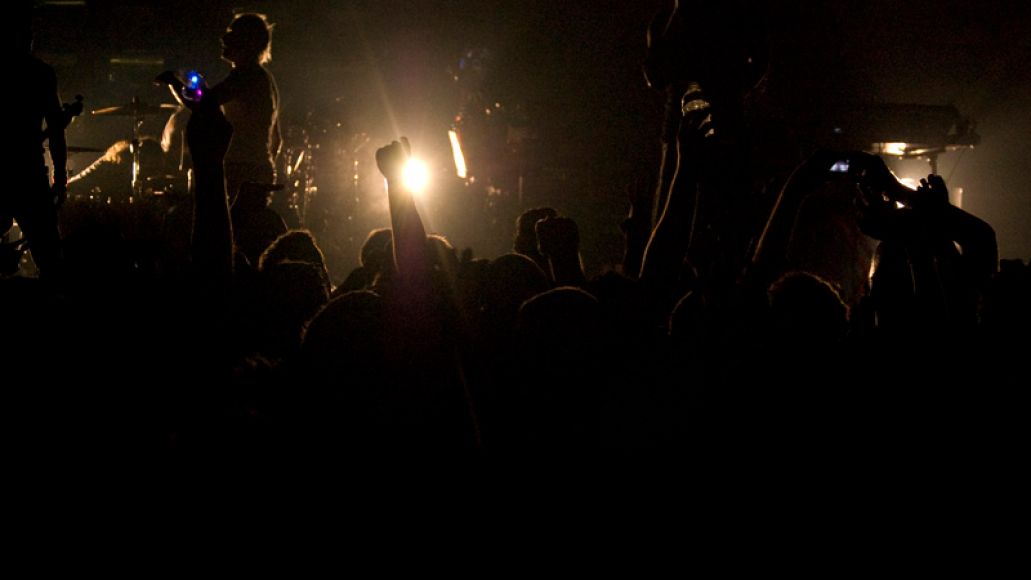 The Prodigy stomps through Congress Theater (5/23)