For anyone who watches the Food Network, Baltimore means cakes; for baseball fans, the O’s; TV-watchers, The Wire; electronic-music-listeners, Starscape Festival.

This weekend in Ft. Armistead Park, Starscape will celebrate its 11th year as an all-day, all-night music extravaganza. Featuring two stages, two electronic tents, and a VIP arena, the music doesn’t stop until the sun is up. Exciting? Pretty much, especially given this year’s lineup, which features over 50 performers, including the likes of the Disco Biscuits, 2020 Soundsystem, Bassnectar, Lotus, and Chromeo. Even local favorites such as Stushido, The Bridge, and Shawn Caeser are in on the fun.

There’s more to Starscape than a killer lineup, though. The festival is renowned for its intense light shows and live art wall, a 40-foot graffiti wall worked on throughout the course of the event by local artists. Additionally, there’s a vending area featuring merchandise, food, and a full bar for those 21+. To top it all off, the park itself is a beautiful thing: Ten acres at the foot of the Key Bridge with paved lots by the stages, a pier, a quarter-mile beach stretch, and grassy slopes.

Recently, I had the chance to chat with Jason Hann about the upcoming weekend. Hann, the keyboardist of improv-electronic duo EOTO, is well-known not only for his work with the group, but also for his time spent playing percussion with the String Cheese Incident. The Incident’s first show since 2007 is coming up in July: A headlining spot at Michigan’s Rothbury Festival alongside heavy-hitters like The Dead and Bob Dylan. Starscape, a small festival lasting only one day, is considerably different from the Michigan festival; while discussing the differences between the two, Hann interestingly noted that while Rothbury is host to “a lot of flavors”, Starscape is designed for the “hardcore dance fan”. 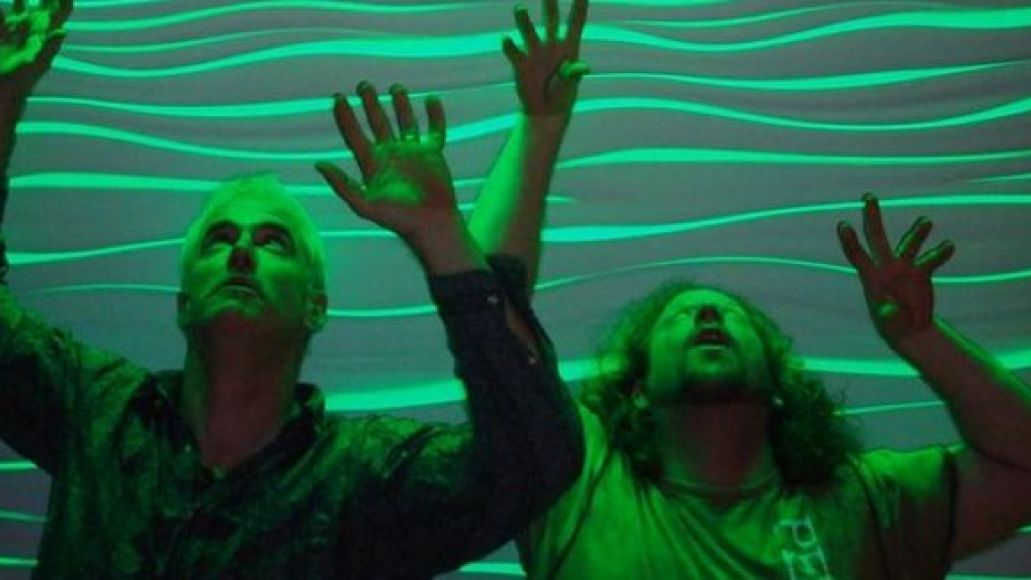 Because EOTO is all improvised, interaction with fans is integral — to gauge their performance, Hann and Michael Travis (percussion) have to keep an eye on the audience. Noting the effort it takes to make their performance appear seamless, Hann said he and Travis constantly ask each other, “Are people way into it? Are they freaking out on it?” Described on their MySpace as “Live dub-step, live electro, live house”, the duo never repeat a song and rarely keep their sound the same. The band used to rely on a Middle-Easten theme, with heavy emphasis on a sitar-like sound; the nature of the project allowed themes to be used as “launching pads” in the quest to never play even the same note twice, leading to a realization Hann described as, “All of a sudden … it doesn’t sound like anything it used to sound like.”

This is the second year at Starscape for EOTO; they played a sunrise set on the beach stage, a time and setting that Hann says has “another kind of energy.” It’s this kind of performance that sets Starscape apart from the rest. While most people are asleep by 5 a.m. on a Sunday, at Starscape, the crowd is just hitting their second wind. At the park, by that hour, the people left standing are the “particular music lovers”: The ones who are using Starscape as a break during the week-long Phish run; the ones who are going to a Starscape afterparty at 8 a.m.; the ones who have been awake since noon the day before, running from stage to stage to catch their favorite bands.

Essentially, Starscape brings together the biggest names and most talented groups in electronica, dubstep, house, techno, and jam-rock for Baltimore’s (and possibly the nation’s) biggest beach party — it’s not an event to miss. If that’s enough to sell you, we’ll see you at the park on Saturday, June 6. The festivities begin at 2 p.m. and last until dawn. Ticketless? VIP and GA tickets still available via starscapefestival.com.