This past Wednesday, the Seattle-turned-South Carolina Band of Horses gave a sold out Charlotte, NC crowd just what they wanted: echoing harmonies bathed in reverb and tight guitar, a few songs to tap their feet to and a few songs to belt out along with them.

Opener at the raw venue, The Neighborhood Theater, was Arboretum. They were a fitting warm-up with a solid southern rock sound that held the crowd’s ear even when their songs ran together. Set-up for the Band of Horses included approximately fifteen guitars and almost as many varieties of facial hair. The scruffy and contagiously energetic Ben Bridwell opened up, “There was whiskey bottle spilling and a lake it was made of salt, ” the crowd immediately recognized “The Great Salt Lake” and was swept away into a sea of tight guitar playing, punctuated by the shimmery reverb and just enough southern drawl. 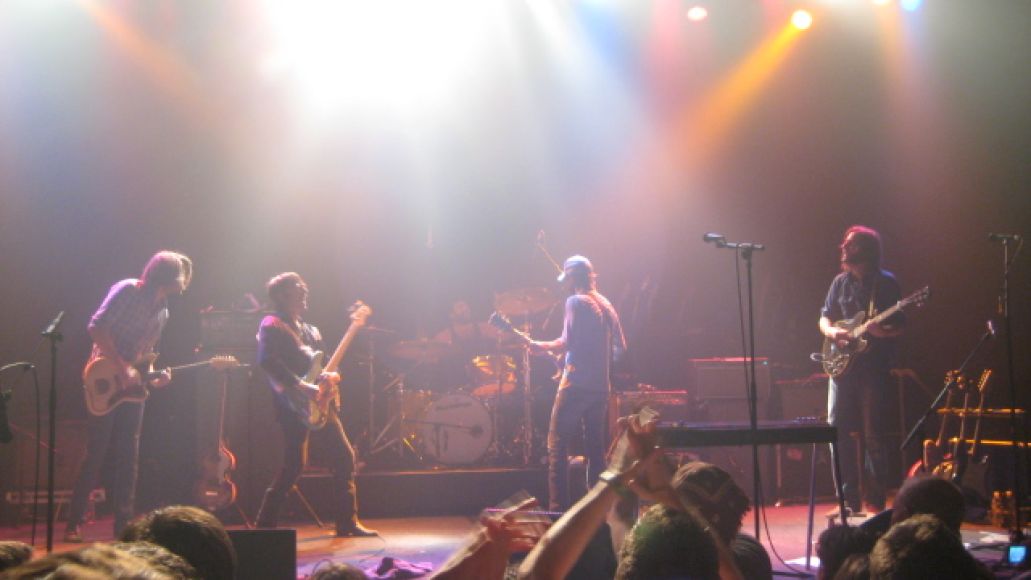 Since both of the band’s full-length albums, Cease to Begin (2007) and Everything All the Time (2006), combine to total 20 tracks, there was a pretty good chance fans were going to hear their favorites. They did give a few surprises, however, letting keyboardist Ryan Monroe take the spotlight for the beachy, carefree “Older”, then honored one of alt-country’s founding fathers Gram Parsons with a cover of “Song for You”. The band gave credence to the statement they made last fall about recording a new album, even referring to it by name (Night Rainbow) and played two tracks. The first showcased stoic (and very tall) second-guitarist and North Carolina-man, Tyler Ramsey. It was a haunting song, his voice reminiscent of Mark Kozelek and his eyes not afraid to pierce the crowd, “If you’re ever left with any doubt/what you’ll live with and what you’ll do without” though the audience for the most part seemed a bit uncomfortable which was probably just a combo of the newness and the quiet. Hopefully the track will get its fair shake on the album.

Crowd favorites were “Monsters” and “Funeral”. You got the feeling belting out the r 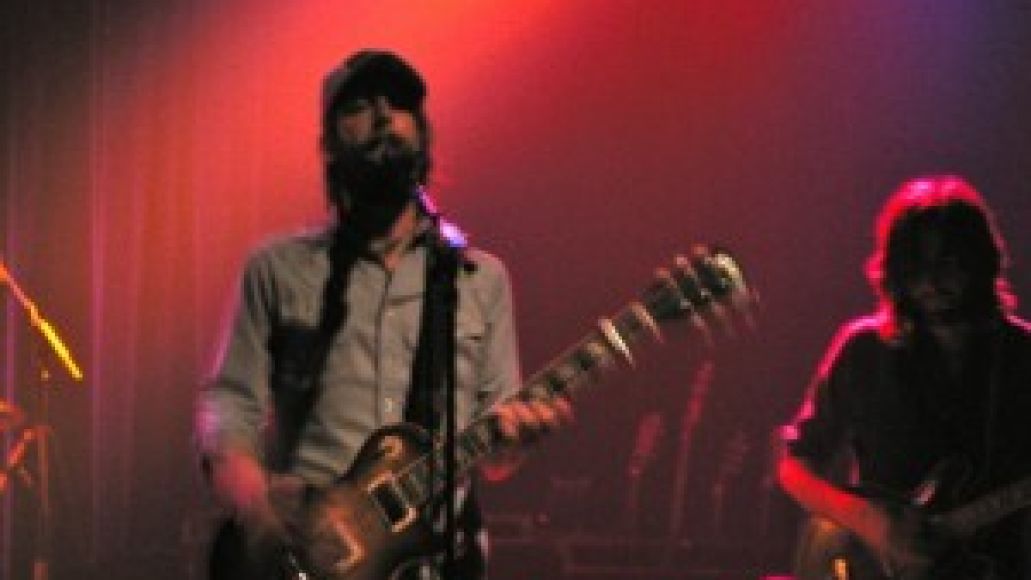 epeating hook in “Monsters” (“Though to say we got much hope/If I am lost it’s only for a little while”) was cathartic group therapy, Neil Young style. In “Funeral”, fans were captivated and singing along in precision, even acting completely silent in the punctuated pauses. So silent that if there were rats living at the grungy, steaming, unadorned venue, you could’ve heard them run across the exposed rafters. That’s a good rock n’ roll show and that’s why the Neighborhood Theater was the best venue for them in Charlotte.

“Funeral” was so powerful it seemed like the set was going to end, but they toned it down with “No One’s Going to Love You”. A quick trip backstage, beckoned by non-stop noise, they returned for a stripped down “Our Swords” before giving the crowd the mic for a “Detlef Schrempf” sing-a-long. Two albums in, Band of Horses is still evolving, creating new music and having a great time sharing it. 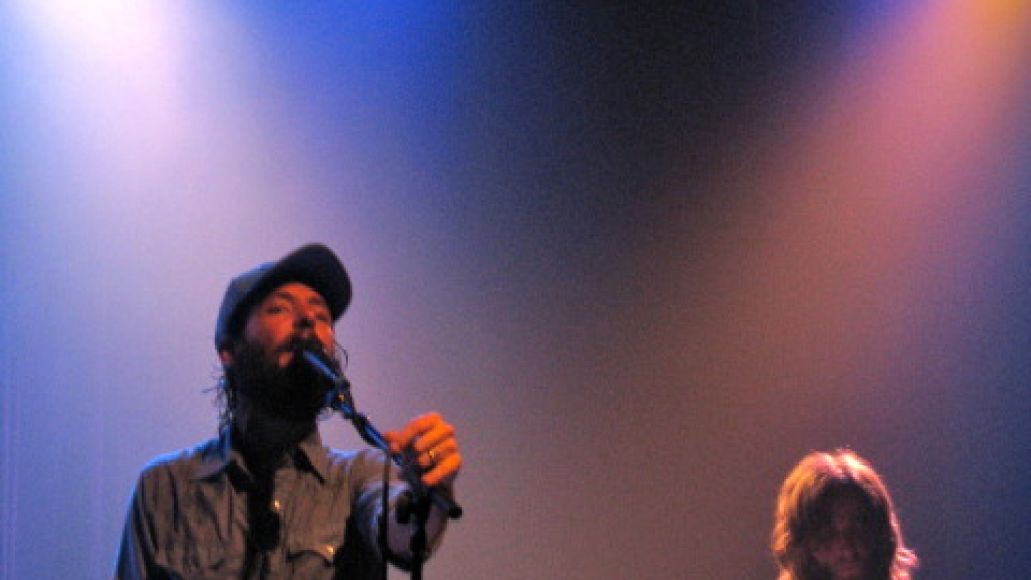 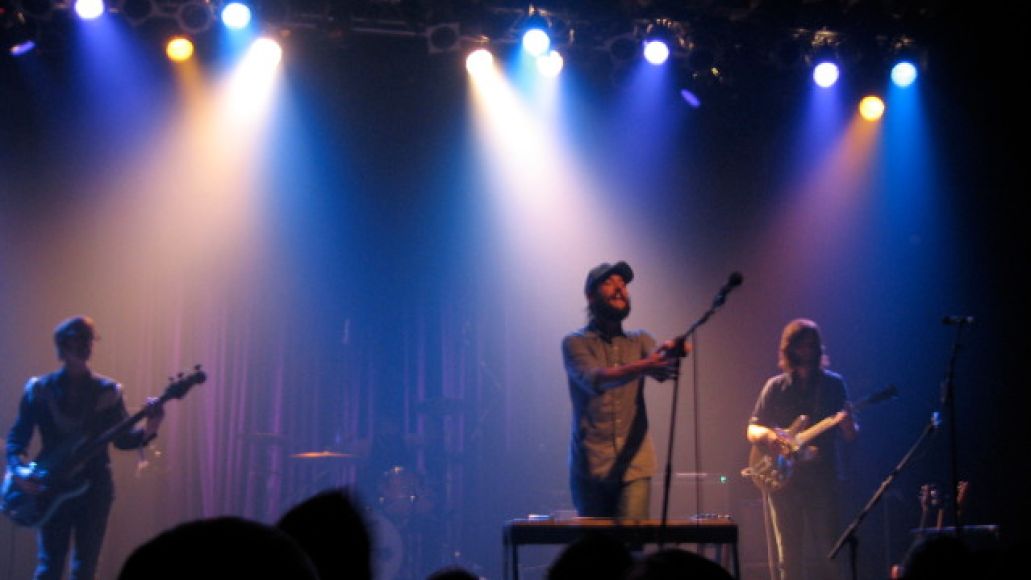