It took a little extra time and a move down i95, but Virgin Mobile Festival has unveiled its 2009 plans, and as expected, the days of The Who and The Police gracing a crowd of 80,000 spanned across a dirt race track are gone, at least for now. To put it simply, the former two-day extravaganza has downsized. This year, Virgin Mobile will instead take place for just one day (August 30th) at the 35,000 capacity Merriweater Post Pavilion in Columbia, Maryland. It will now just feature two stages as well as a dance tent. And perhaps, the biggest of all changes, it will have a new name, FreeFest, and will be, you guessed it, free to attend.

So, who do you get at such an event? Blink-182, Weezer, Public Enemy, The National, Jet and Franz Ferdinand will make up the 2009 bill, as will The Hold Steady, Girl Talk, St. Vincent, Wale, The Bravery, Mates of State, Taking Back Sunday, Holy Fuck, Pete Tong, Lee Burridge and Danny Howells.

Tickets to the event will be available to Virgin Mobile customers and previous V-Fest ticket-buyers beginning tomorrow via Ticketmaster.com. These folks will be invited via email to a private “free-sale” (much like a pre-sale, except free) to be held Thursday, June 25th and Friday, June 26th. The rest of the general public will have to wait until Saturday, June 27th. Everyone, however, will get in for free – and according the Washington Post, there won’t even be service fees. Ticketmaster is reportedly waiving its “convenience charges,” so long as the tickets are picked up in person at Merriweather or at the 9:30 club.

“In a time of economic challenges and daily sacrifices, we wanted to throw a fantastic party so people could let loose and have a great time — on us,” Virgin Group President Richard Branson said in a statement.

In lieu of admission, Virgin is asking attendees to make donations to homeless-youth agencies. Furthermore, ho complete 13 hours of community service at designated youth shelters will be given VIP tickets.

All additional details can be found at virginmobilefestival.com. 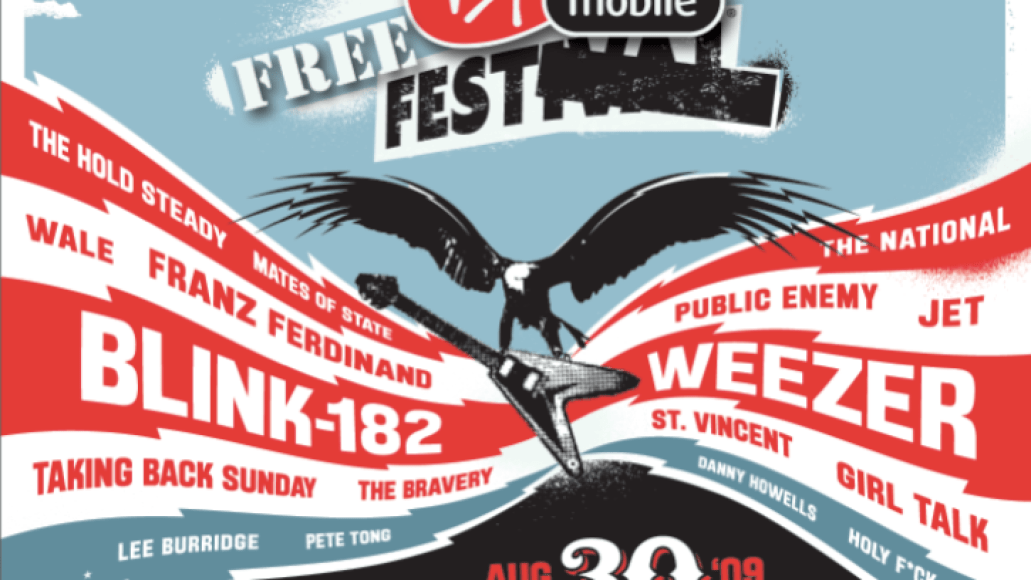