Charlotte, NC: a city known for its banks and not its music scene. Charlotte is the second largest banking town in the US, yet the music/arts scene leaves true music fans in want, a wasteland of suits and ties. Music festivals are virtually non-existent here; though, the great thing about the desert is the opportunity for an oasis. FemmeFest ‘09 was just that. This is the second go-around for the event, as 2008 started it off. Think grass-roots Lilith Fair meets New South with (truly) indie folk and rock. In this case, indie is not a genre but a shortening of “independent”. FemmeFest provides something rare: a sea of soon-to-bes and not-yets just waiting to be heard.

FemmeFest moved neighborhoods this year to the trendy, gritty, arts district NoDa, and all nine venues were within a two block radius. The entire affair was laid back; no purse-searching, no water bottle confiscating, no backstage passes. The artists who just played a set came into the audience to sit and watch the next one right beside you. For instance, on the way to Sara Borges, we passed Miss Tess (a new find!) chatting it up with former New Familiars front-man Eric Scott Guthrie in between sets. A breath of fresh air of small egos and real talent, carried effortlessly by the clear sky and Carolina breeze of the night kept everyone cool. As you might expect from the festival moniker, all of the acts at FemmeFest were female led. Local female artisans – including roller derby celebs the Charlotte Roller Girls – contributed goods and volunteers to pull it off.  Such is the scene where this guy and gal, two ex-bank employees themselves, set out for the night.

On the way to catch our first act, we were halted by swinging, smooth jazz from Miss Tess & Bon Ton Parade coming from the Evening Muse. The first unscheduled stop was underway. Tess’ cat’s eye glasses gave away her vintage vibe, but pinning and categorizing the act proved difficult. After one song we knew we had to catch their next set. They effortlessly brought swing, New Orleans jazz, and a ’20s big band mash-up, moving from songs that make you snap your fingers to ones that tempt you to jump, jive and wail. 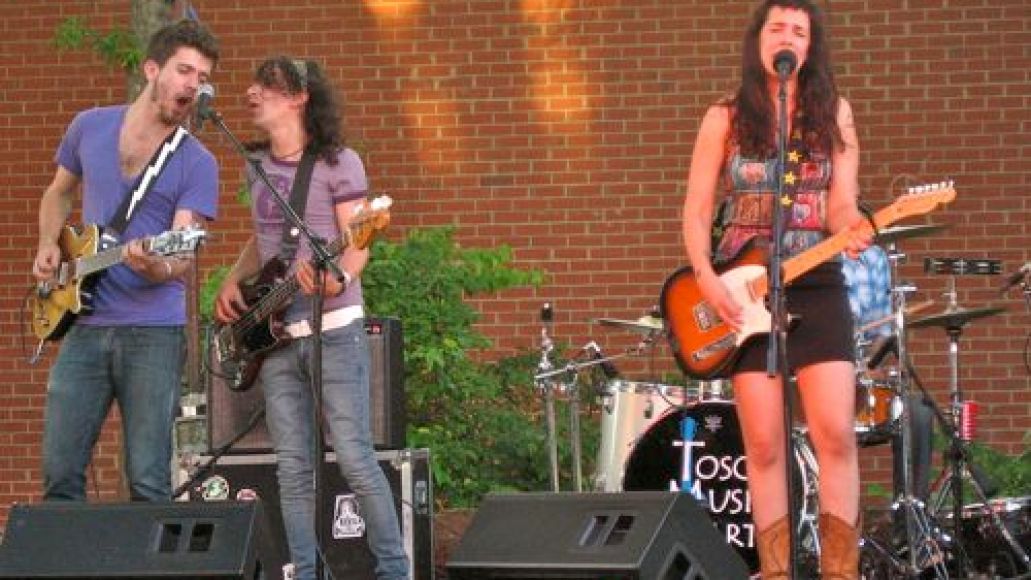 Drifting down North Davidson Street to the outdoor stage brought the welcomed surprise of the day, Sara Borges and The Broken Singles. The band hails from Boston, but Borges’ tongue gave her away to be from the Midwest originally.  Borges and co. play a dirty alt. rock with heavy tremolo and reverb, a sound bound with grit from the Tex-Mex plane: sun’s up, ice tea and beers are out. A tall woman, Borges towered over her band mates in boots and a black skirt, bearing a striking resemblance to Betty Page. Borges and the bassist, Binky – that’s what he goes by – chatted easily with the crowd, building a connection with the audience. Stage presence at any festival is key. It’s what separates the good from the memorable. Borges and The Broken Singles built something memorable.

Next up was Ashley Chambliss, a girl with piano, reading her set list from a frayed journal. She was pouring out her soul but not many were listening. The venue, Dolce Vita has an open front by which those passing by could look on – and seemed to continue on past the bleeding heart. Still, she stayed focused; however, Miss Tess took the stage next for their second set of the day and captivated the crowd, drawing in the passersby as well as their fellow Boston musicians, Sara Borges and The Broken Singles. Miss Tess played “Fever” and “On Top of the World” near the end that brought the house down. The crowd begged for another song, but the festival schedule prevailed. 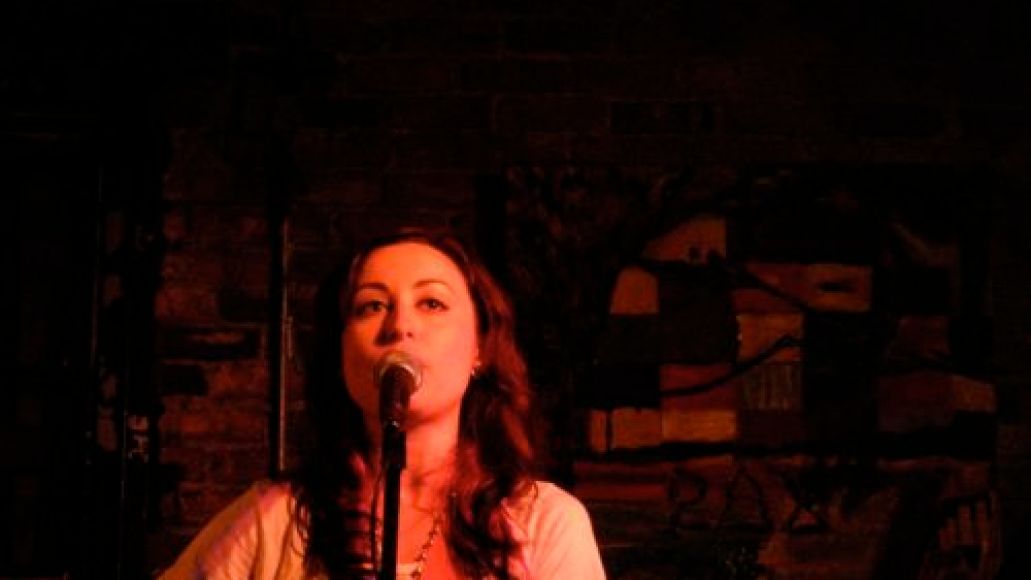 The Boston music scene continued their domination of the night with Mieka Pauley .  She was a standout last year, closing her set by silencing a room of raucous hundreds with her haunting rendition of Cohen’s “Hallelujah”. This year, her voice was just as powerful, though she seemed a little road weary and even uncertain of the Charlotte crowd, changing from gold leggings to a more demure blue pair after getting some odd looks on the street. Mieka is a classically trained vocalist, setting her apart from the usual girl-with-guitar combo. She brought a bassist, but he was dispensable; she could’ve easily carried her performance solo. She has a fan base here and the audience let her know by shouting out their favorites, she responded “I may look confused, but I’m fucking psyched as hell I just got four requests”. FemmeFest is the kind of festival where the artists not only hear your requests but actually play them. Ahhhh….

We caught the tail end of Adrienne‘s set at The Neighborhood Theatre. Decked out in full punk regalia, she fits the folk punk moniker she’s earned. Patrons waved half empty beer bottles and danced near the stage. Being one of the better known acts has its benefits, one of them being sing-a-longs. The crowd knew the words to her songs, and Adrienne reveled in it. She closed her set with a crowd pleaser: an acoustic cover 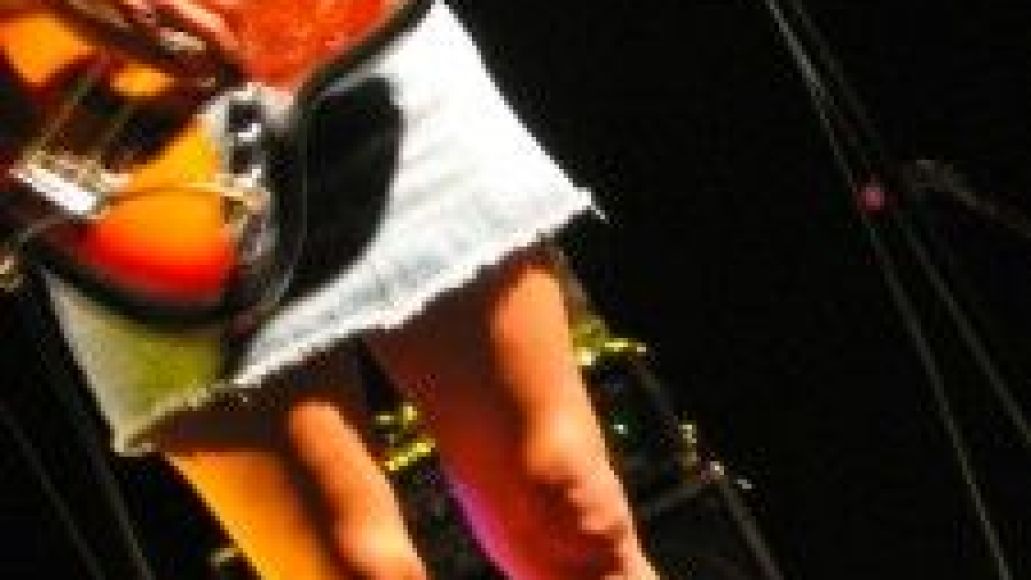 of Coldplay’s “Viva La Vida”, adding that “it was meant to be played this way.”

The last show of the night may not have been the crowning jewel of the day; however, it was a celebration of the day. The Near Misses have been a staple of the Charlotte music scene for some time, and their electric guitarist and mandolin player spearheaded the planning of FemmeFest. Three part harmonies and a folk rock sentiment akin to the early days of the Indigo Girls allowed everyone to sigh in relief and kick back. The Near Misses smiled incessantly – even as a drunken girl screamed that she wished to touch bassist Shana Blake’s red boots. She was consoled by a quick rub even as the band never broke stride but bounded through their set. It was a fitting end to a celebratory day of women in music.

For a city like Charlotte, to create a musical oasis such as this, simplicity is key: bring good musicians to a neighborhood dedicated to the arts and people will come. In such a way, broad appeal creeps out. People who masquerade as suited bankers during the week; Paula Deen look-a-like grandmothers throwing back a PBR tallboy; granola parents with their crunchy kids; the expected hipster/indie crowd mingle together; and the lower income minority population of the surrounding neighborhoods are not divided by class and race (as Charlotte’s darker past), but brought together, here, not just for women but as women and men appreciating good music. 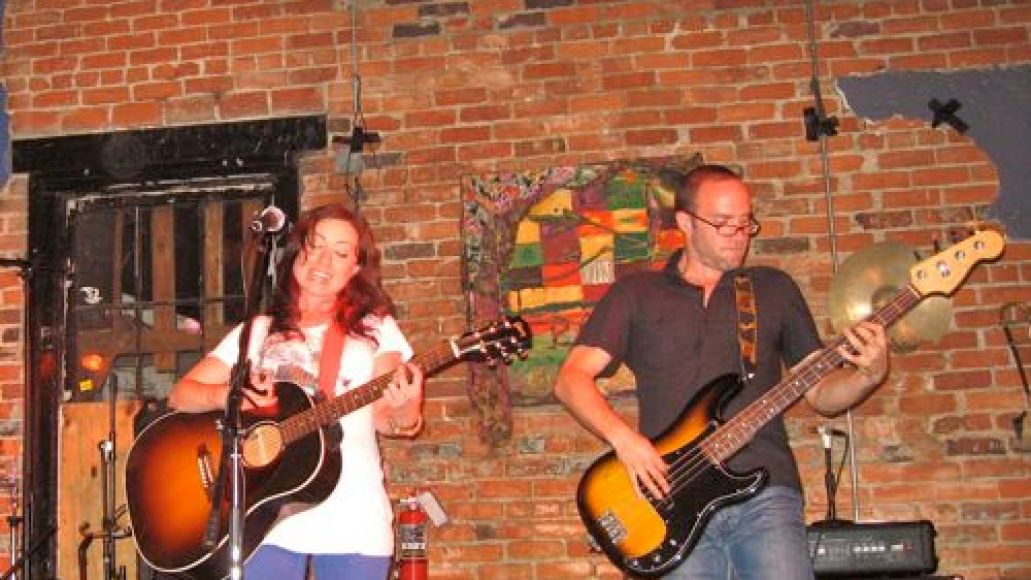 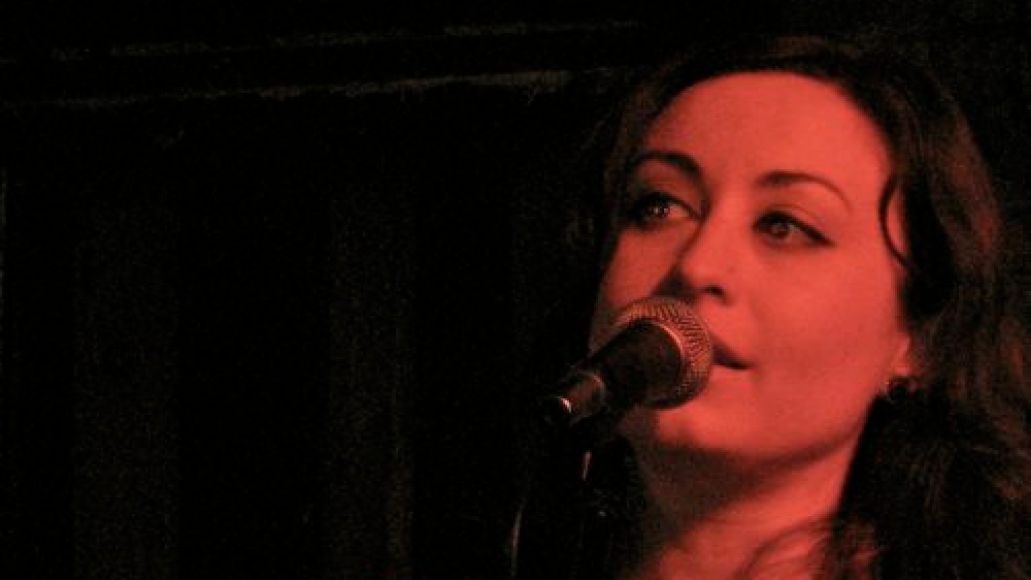 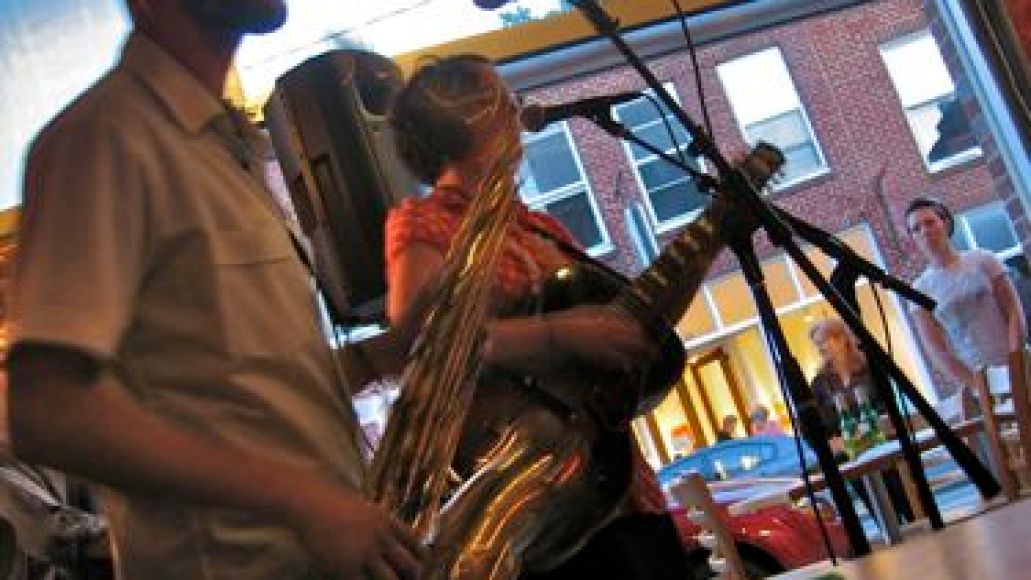