Day three started with a deceptively mild morning that became the hottest day of the weekend. Much like the desert, Mulberry Mountain gets cold once the sun goes down. That didn’t seem to matter, however, as Saturday night lasted forever, with music cranking into the following morning. It was a good harbinger of things to come, as the day proved to be the climax of the festival, especially considering the last of the headliners were set to perform, in addition to some highly anticipated, late night sets. No surprise that the festival felt at capacity with people filling out every performance area for what would be their last chance to party all night in Ozark. 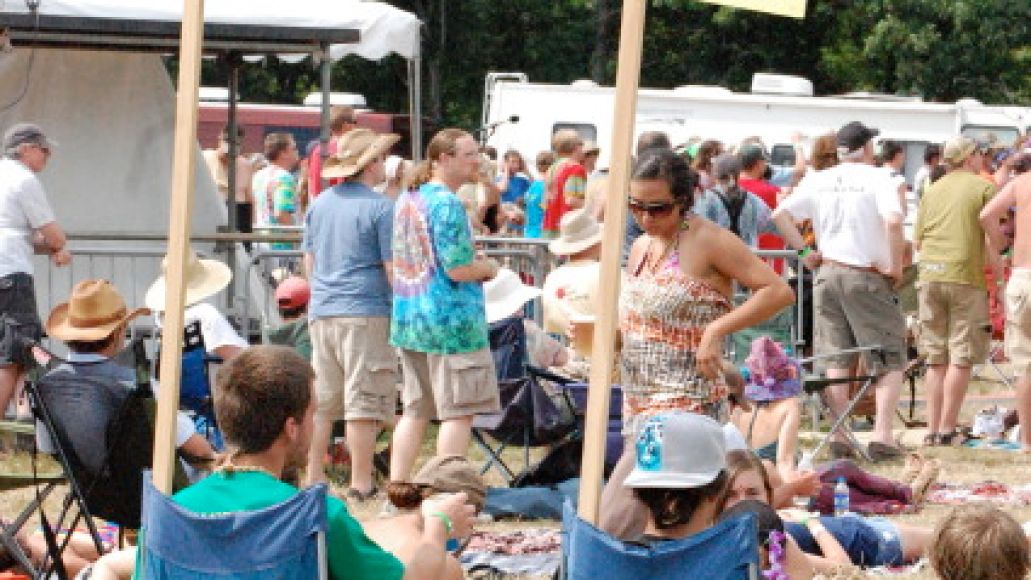 Early sets by proggy-blues jammers Blue Martian Tribe and Newgrass favorites New Monsoon (their second set for the weekend) woke people up from the previous night and welcomed those coming in for the days’ big shows. Many people chose to take in what the site had to offer, be it a round of Frisbee golf, or taking in some of the natural air conditioning that was around one of the several large ponds. Unfortunately, the waterfall and swimming hole had to be blocked off, due to large crowds and the inevitable, few people who got hurt. Nevertheless, the day marched on and more people streamed in to grab a spot at the Main Stage.

Festival veterans J.J. Grey and MOFRO brought some Florida flavor with Grey’s smoky vocals and steamy blues jams. Another veteran, and festival favorite, Galactic would stop by again for their second set of the weekend, keeping with the southern tradition, only this time with a little more New Orleans funk. Galactic always manages to impress, and an appearance from G-Love that left everyone pumped for the next set by the man and his Special Sauce.

While the Main Stage was at full steam, over at the Outpost tent The Hood Internet offered their brand of mix and match DJing. The duo pieced together samples from classic rock to the latest indie “it” band, switching between homemade house beats and samples, all of which managed to create some surprisingly catchy combinations, such as the Grateful Dead/Usher finale.

Now even though it is still early June, the days are getting longer, and it wasn’t until half way through G-Love’s 8 p.m. set that the sun began to settle with the moon shortly behind. Mr. Love brought his special sauce this year for a set that saw reworked old favorites, a Freddy King cover, and a collaboration with Jeff Raines from Galactic. Luther Dickenson from the North Mississippi All Stars would also stop by to help out with a guitar for a deep bluesy number. Like him or not, G-Love is a lively entertainer that always delivers, whether it be on new material or the always dirty “Booty Call” into The Beatles “Why Don’t We Do It In The Road”. 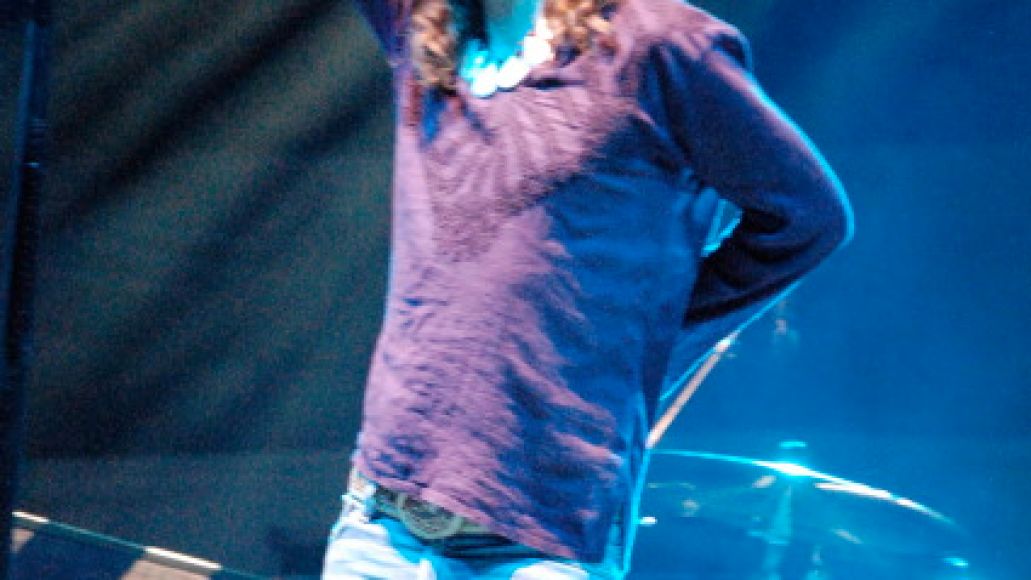 By this point, everyone had staked out a spot for the main event, and when The Black Crowes took the stage, frontman Chris Robinson and co. shot their psychedelic blues rock to the full moon that hung over head. There were clear skies and crisp cool air for the big event with Robinson doing more improvised dancing than singing for the bulk of the set. As always, they would save the hits for last, but by that point, the best of the Crowes had been heard. One gets the feeling that they’re tired of the same few songs that got them famous back in the ’90s as an emphasis on newer material and bigger psychedelic blues jams stretched into the night.

Once the midnight mark passed by, the Interstellar Meltdown kicked off again, this time with a second set by Sound Tribe Sector 9 in the Revival Tent. All spaces that could be filled were, with people piling in and spilling out in all directions. The glow sticks and fluorescents were back in full force as the bass pounded and guitar riffs heated up the cooling night. Fan created laser shows also added to the Technicolor dream that reflected off the white tent ceiling. Back over at the Outpost Tent, the Meltdown marched on with the rising DJ Shpongle. His brand of tribal-infused house music has been stirring up a bit of noise around the electronic community, and the resulting buzz quickly filled up the tent. Feather-haired dancers took to the front of the stage with everyone bathed in deep radioactive colors. The music itself worked through southern Asia with thick beats to back it. Loaded build-ups and breakdowns kept the two-hour set on its toes, never letting the energy fade.

Day three saw the biggest crowd of all weekend. It was also day two of the endless party that never actually let up since the first time STS9 took the stage. This time around, the nightly festivities would go earlier into the morning, and a bit past sunrise, when the rest of us were just getting up. There’s a point one reaches, that wall of exhaustion, where everything stops and sleep is comfortable no matter the noise or the conditions. It’s a beautiful and assaulting feeling, really.

The last day of Wakarusa was a little bittersweet for those that stuck around. Saturday was the obvious clincher for the weekend, leaving Sunday with only a handful of acts left. As surreal as it sounds, the Main Stage had already been closed up, with the staff breaking down lighting fixtures and what not. Even the vendors in that part of the site had left, leaving an eerie scene as most people chose to pack up the weekend and head home, too. This left only the Outpost and Backwoods stages, where the last remaining day would take place. It’s bizarre why organizers planned a greatly scaled down fourth day, perhaps they hoped it would thin out traffic some. While a poor excuse more or less, the powers at be had their reasons. Whatever the case, it didn’t seem to phase the odd assembly of old and new hippies straggling behind.

Now just because it was a smaller line up does not mean that the music was lacking by any means. Dusty Rhodes was another one of those indie rock secrets fusing European influences with country punk and old school rock. An early cover of The Band’s “The Weight” grabbed the wondering left over masses, with the rest of the tunes showing off the bands talents and energy. Hair flew and sonic riffs worked hard with violins, mandolins, accordions, and keys all adding an exclamation point to the unknown band. Vocal duties were traded around from song to song, and even though the audience was sparse, they still managed to have fun with the people there. 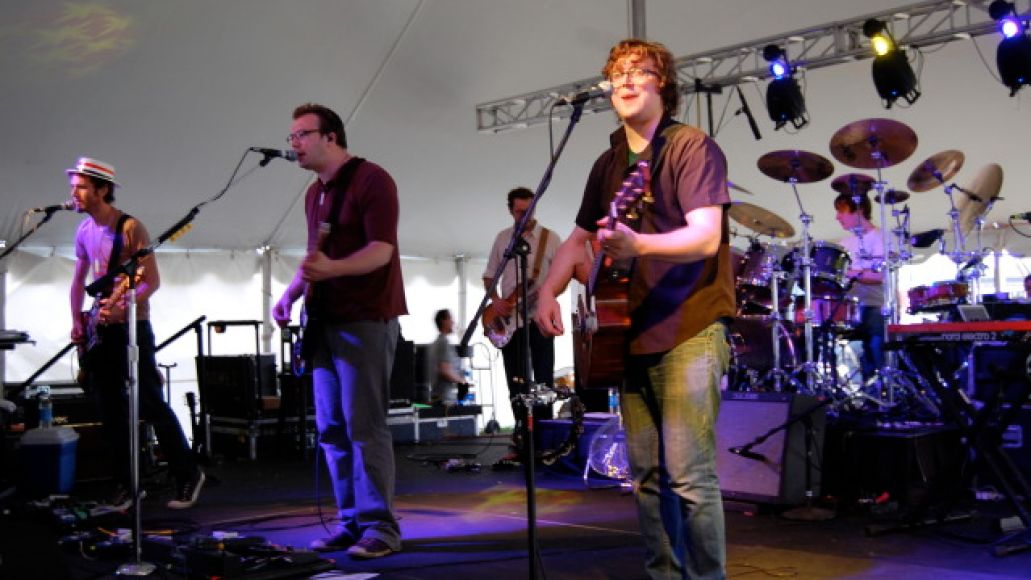 Afterward, people chose to stick around the tent as the clouds rolled in, keeping the day relatively cool. The Heavy Pets came back for another round, only to an audience that was showing its fatigue. Gomez would be the final headliner, although it was strange they weren’t on a bigger stage. Keeping them to the smaller tent, however, created a very intimate atmosphere. All those that stuck around did so for Gomez amping up the energy one more time. The band talked back with the crowd for a set that was sonically spot on, yet casual and fun. The music went by all too quickly as fans called out for one more song, but just as soon as it began, it was all over.

Even though D.J. Rekha was slated to close out the evening, with her Indian-house blend, most returned to their tents to take in one more night under the stars. For the first time all weekend, silence accompanied sleep — though there was something downright sad about that.

Wakarusa had been through more than a festival should over the past few years. From paid off cops sent to harass the peaceful hippies, to last years tornadoes that canceled much of the weekend’s music, Waka has pulled through finding a gorgeous, new home. Mulberry Mountain allowed the people to be closer to the festival, returning it to the basics. The atmosphere was fresh and rejuvenated; the people were more positive and free. It is safe to say that Wakarusa is now the festival it was always trying to be, and from here on out, it can only get better. 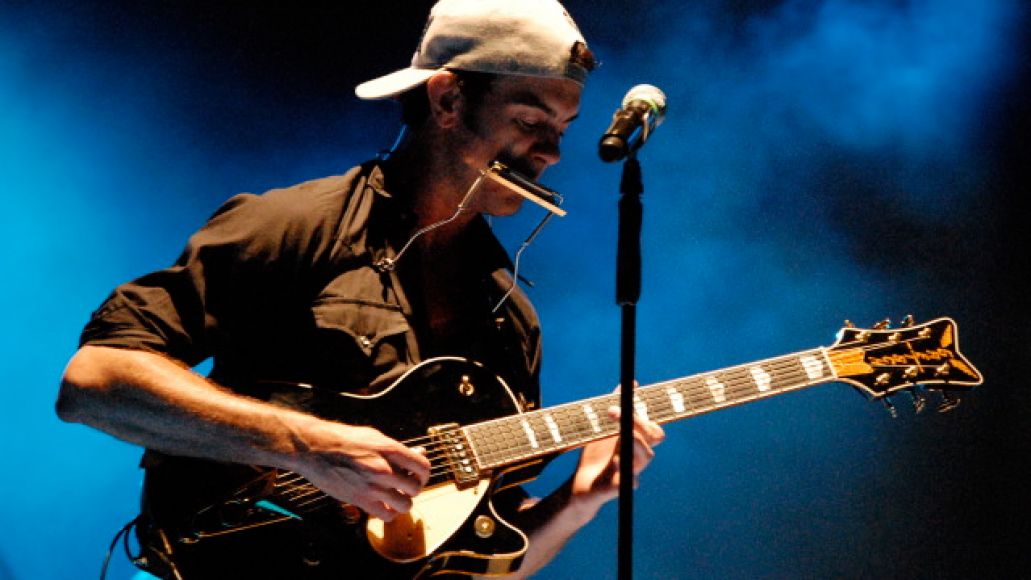 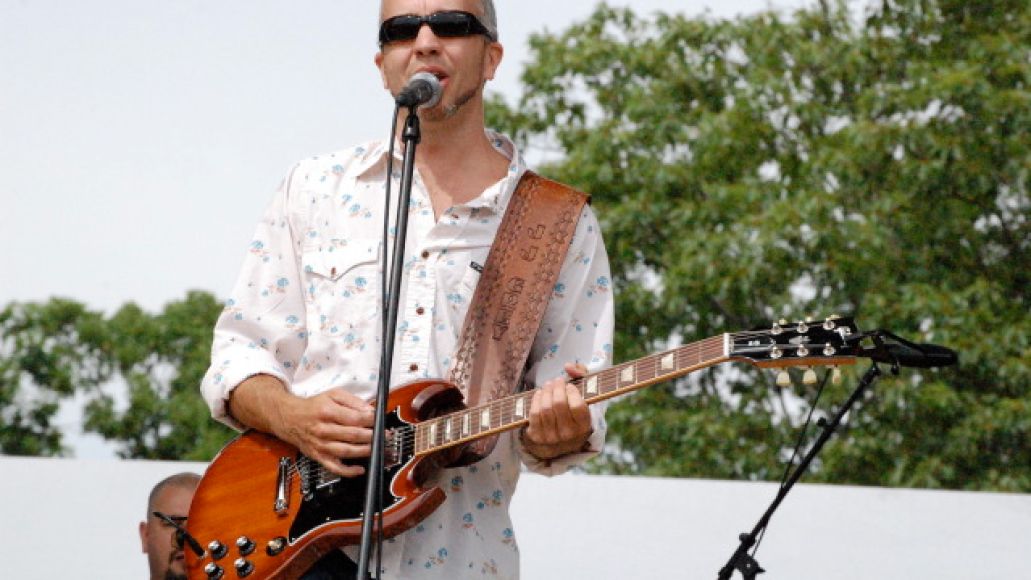 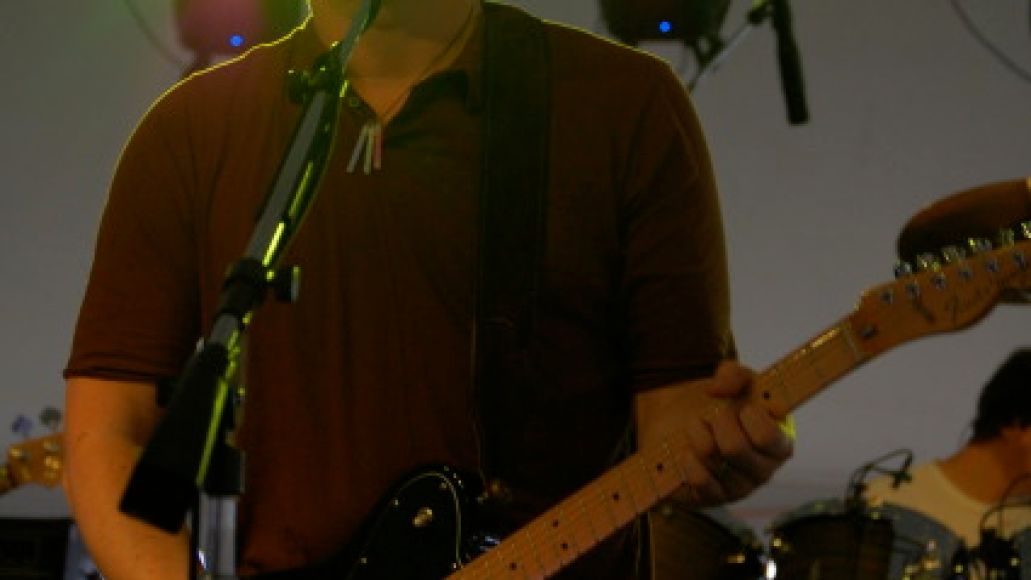 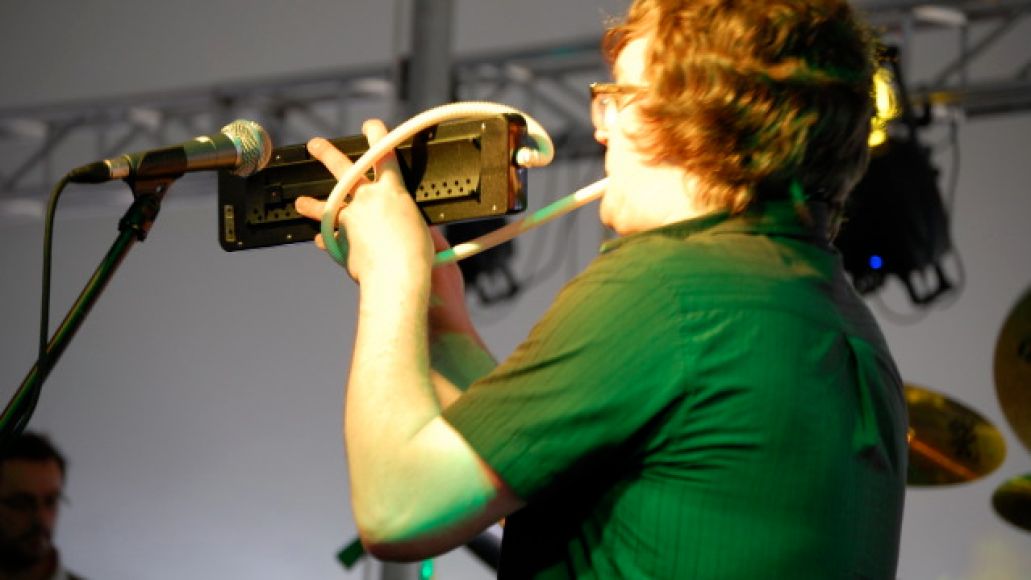 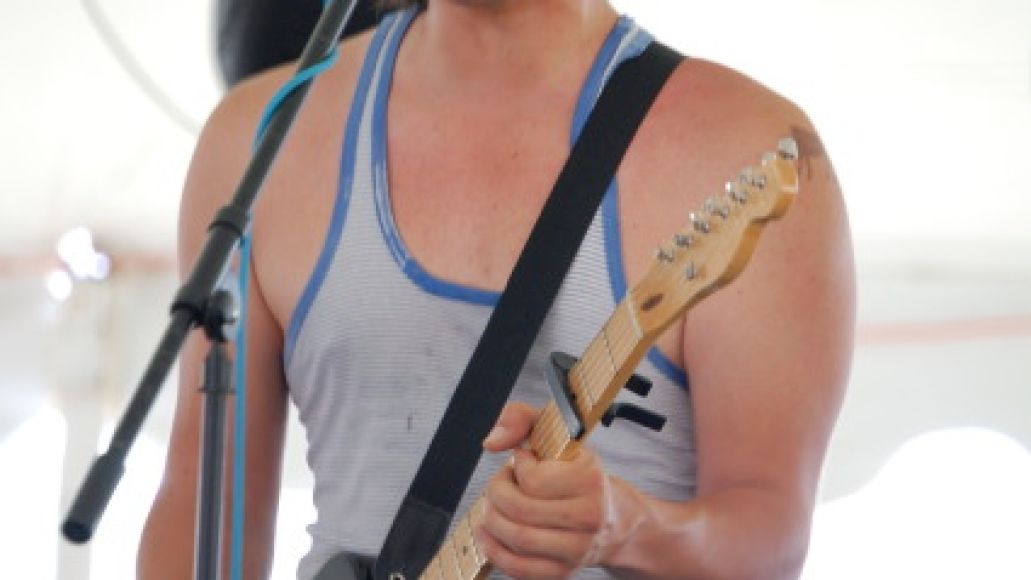