The itinerary for Saturday night’s Fischerspooner‘s show-dubbed “The Between Worlds Tour” at the Metro was to dance, even if along the way you might find yourself confused or in awe. But you were always to be dancing.

The first opener was Miami’s organicArma, a three-piece band that relied on synths, drums, and programmed loops. Although the music seemed to try too hard at times, it was surprisingly hypnotic. The musicians shared vocals duties, which mostly came from the BjÃ¶rk school of shouting and commanding. The music also sounded as if it was influenced by her electronic-meets-industrial sounds, as well as a host of Swedish dance acts. In the moment it was fun to watch, but any reflection on the set quickly exposed how derivative the songs were. Still, there was enough promise to suggest that organicArma is worth watching. 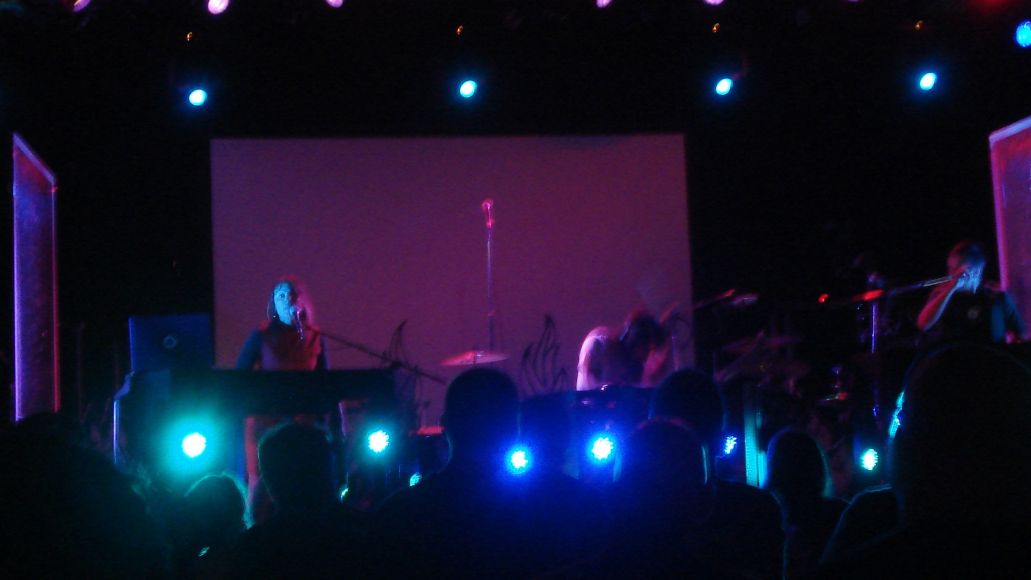 The next opener, Ssion, has been a touring machine in the last year, and it seems to be paying off. By the time frontman Cody Critcheloe and the rest of the band took the stage, the audience was already packed in tightly and ready to sing along. Although some elements of the act felt too forced, such as screen projections that were a cross between The Knife’s live visuals and Of Montreal’s animated videos, the overall effect was positive. Even if you didn’t know what Critcheloe was singing (and half the time the time he was screaming them anyway), you could pick up on the hooks. By the end of songs like “The Woman” and “Street Jizz”, the audience was chanting louder than the band.

Then came time for Fischerspooner. The phrase “You have to see this band live!” has become so abused by music fans that it almost means nothing when you hear it. But sometimes it’s an accurate description, and in the case of Fischerspooner, it’s undeniable. Upon its debut, critics dubbed the band electroclash, a vague term they share with contemporaries such as Ladytron and Peaches. Listening to either of these acts’ albums, you can see the similarities of fun-loving music rooted in the 1970s and 1980s mixed with modern technology. The problem is that listening to Fischerspooner only gives you half the story. 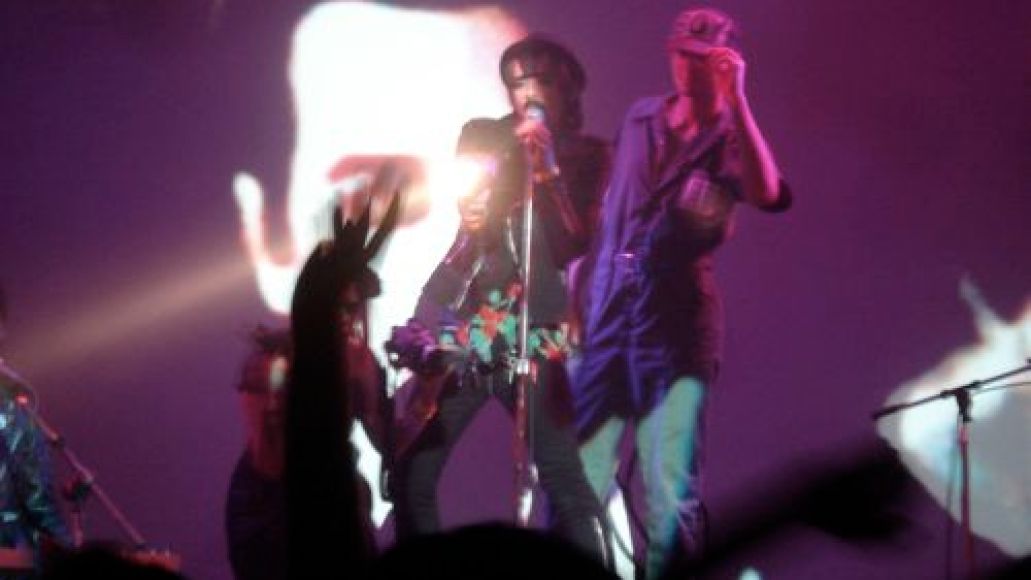 On Saturday night, you knew onstage antics were as important as the music from the start. In the center of the stage sat two large foil-covered panels, and on either side of the stage were clothes racks with a variety of costumes. Once the lights went down, two dancers came to the front of the stage, twirled, and then disappeared for no apparent reason. The light show began and the panels parted to reveal frontman Casey Spooner wearing a suit covered in black and white splotches and sporting pale makeup that was eerily postmortem. He carried around a plastic disk as he sang the plodding “Amuse Bouche” off of this year’s excellent Entertainment. As he sang about giving us a hint of what’s to come, a troupe of choreographed dancers in Mylar costumes circled him. “Amuse Bouche” was one of a handful of songs during the 70-minute set where it was difficult to tell if Spooner’s digitized vocals were heavily filtered, set against a backing track, or prerecorded. Regardless, the audience didn’t seem to mind as it roared any time Spooner gestured toward the crowd.

As the song closed, he disappeared behind the panels, which were mirrored on the backsides, only to emerge wearing the plastic disk as a heat, now glowing, which he twirled around earlier. This was the first of many costume changes he and his dancers would make that night. The dancers were their own event, as they spent most of the evening looking like ballerinas out of a Degas painting who were outfitted by John Galliano and told to dance as if their MFAs in dance depended on this evening’s outcome. At times they had one-sided conversations with the audience, talking into the crowd with exaggerated expressions, and other times they were emotionless figures who prowled the stage as if looking for something more interesting to do. Just when you thought they were more gimmick than talent, they’d bust into synchronized moves with precise jumps and poses. During these moments it became obvious that the show wasn’t as improvised as it felt. In order for the routines to work with the lights, video projections, and Spooner, the show had to be planned to the second-yet, it never felt that way. 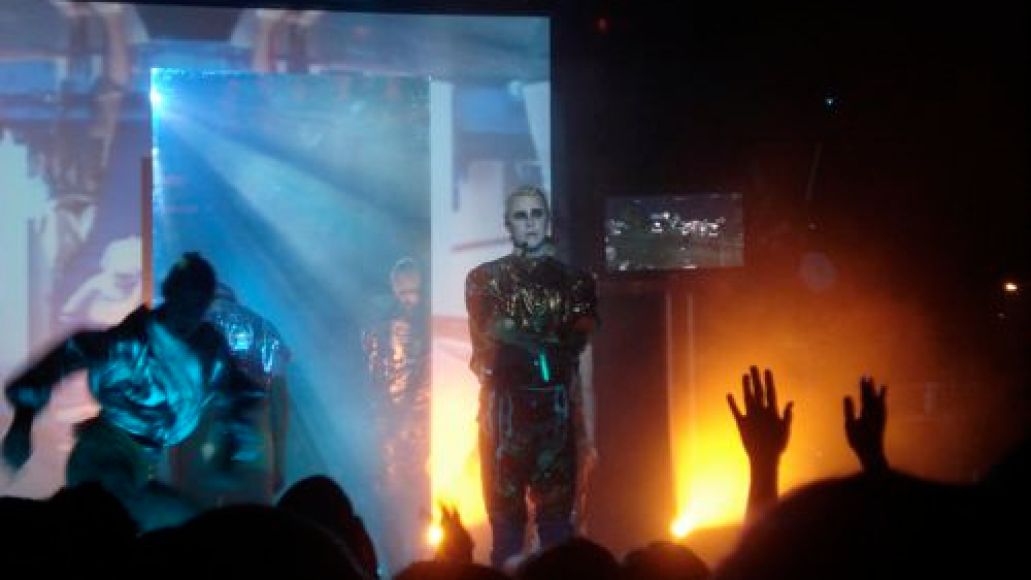 An example of the band’s precisions occurred during “Danse en France,” which began just as it is on the album. A woman recounting her conversation with a man who inquired about her French origins came over the speakers as the dancers’ seductive moves mimicked the heartbeat rhythm of the music. Spooner calmly sang-spoke French to the audience and twirled a stick. Then as he slid between the mirrored panels, the crowd was ready to applaud the song’s conclusion, but a techno beat pounded and we were suddenly in a remix of the song and bathed in twirling lights straight out of a European club.

The setlist drew mostly from Entertainment, but it also touched upon crowd favorites from the band’s first two albums. Songs like “Emerge” and “Get Confused” riled up already enthusiastic crowd who knew every word and anticipated every beat before it occurred. Toward the end of the set, Spooner acknowledged that the band was working grassroots style now that it’s an independent act. Although Spooner’s speech to the fans sounded like concert banter he probably repeats in every city, it added a surprising amount of weight to the main set closer, “The Best Revenge.” In the song he wonders how long it will take to achieve his dreams and to get the best revenge by living well. Suddenly the song sounded more like a personal mantra than the dance track that opens the album.

The encore ended with the new single “We Are Electric,” which was the right amount of thumping energy to send the audience off into the night. In true art house (aka inexplicable) form, as the dancers worked there hearts out and Spooner shouted lyrics, the TV monitors showed clips from Showgirls and stole the show. As the crowd filtered out, Spooner asked if they should do a stage dive for the fun of it. Most of the audience returned to hoist four dancers and Spooner above their heads and pass them around the room. They then returned to the stage and left with the house lights up. A decidedly unconventional but fitting way to close the show. 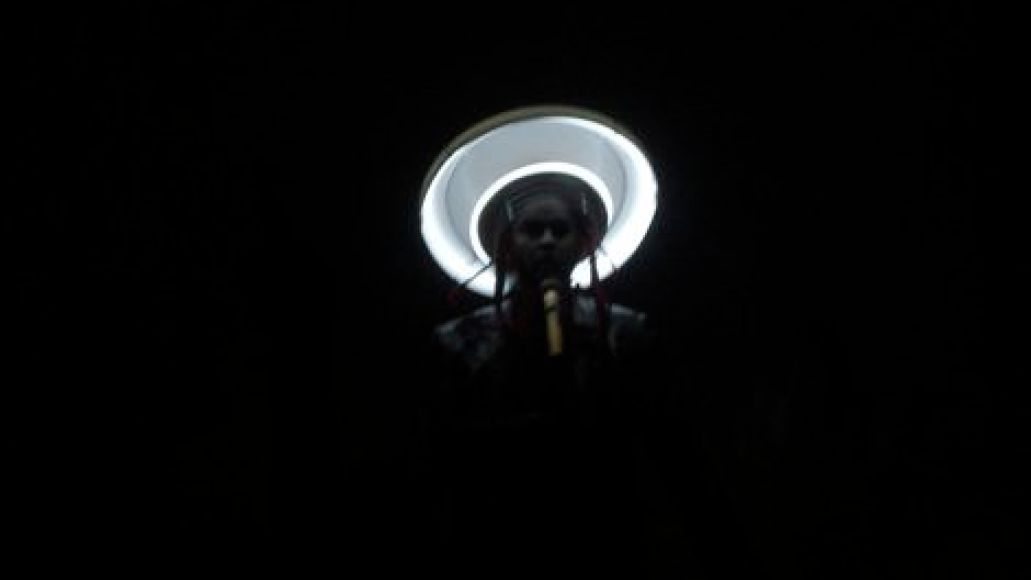 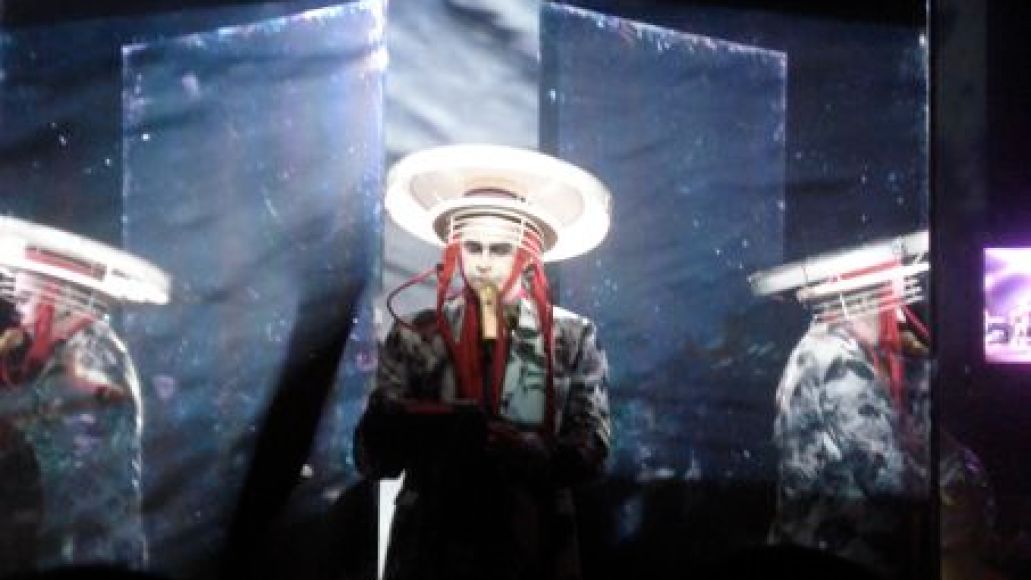 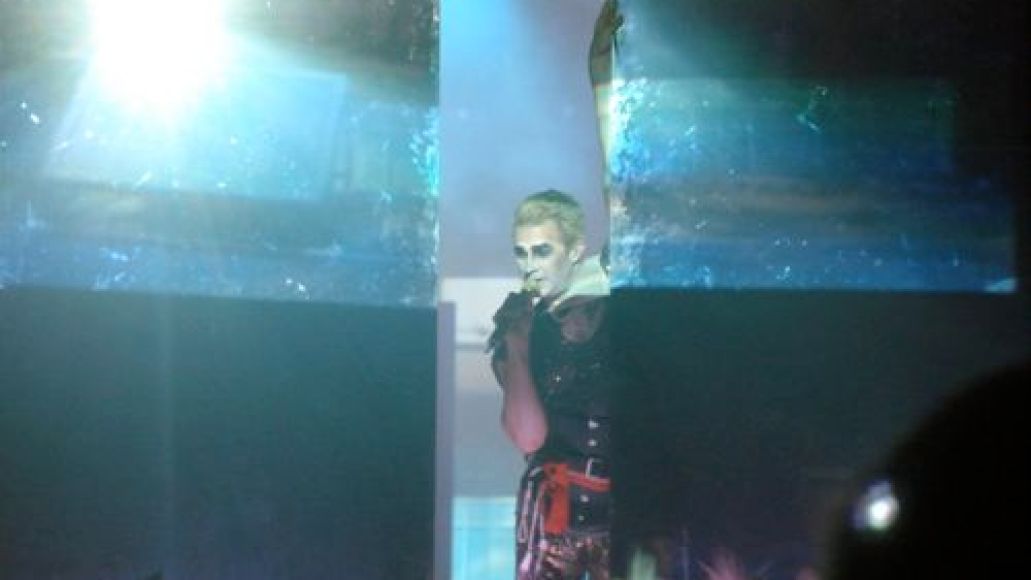 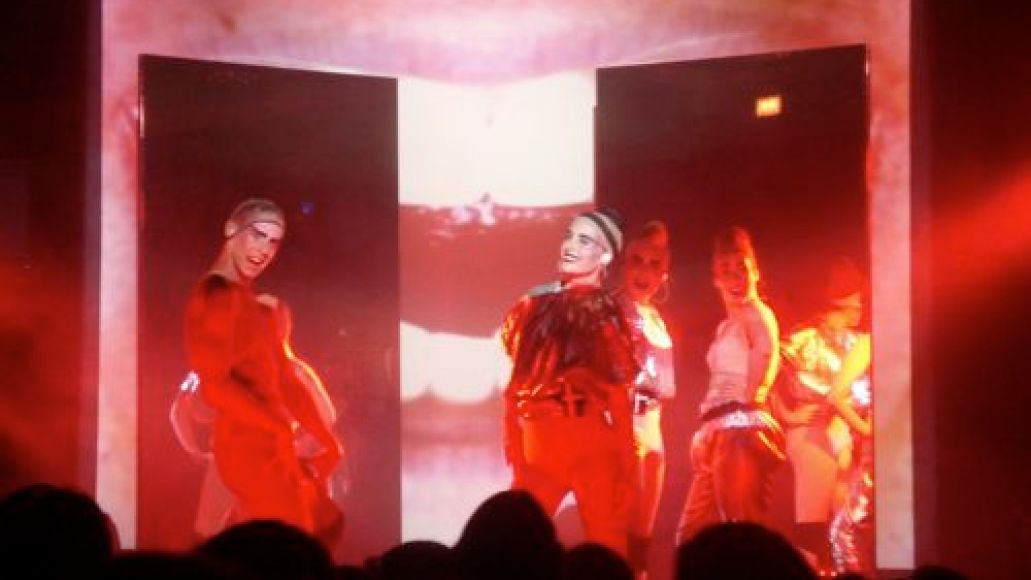 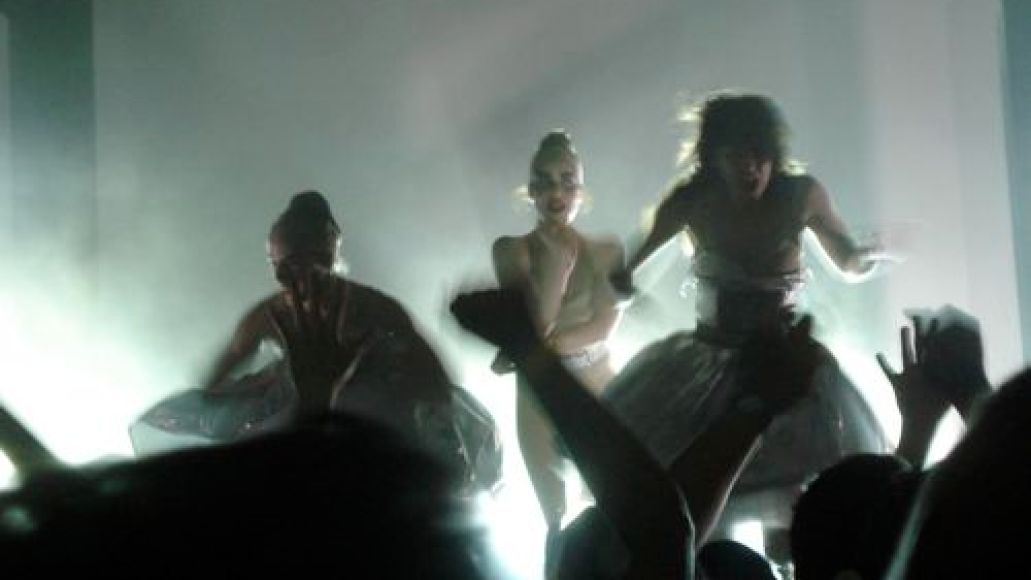 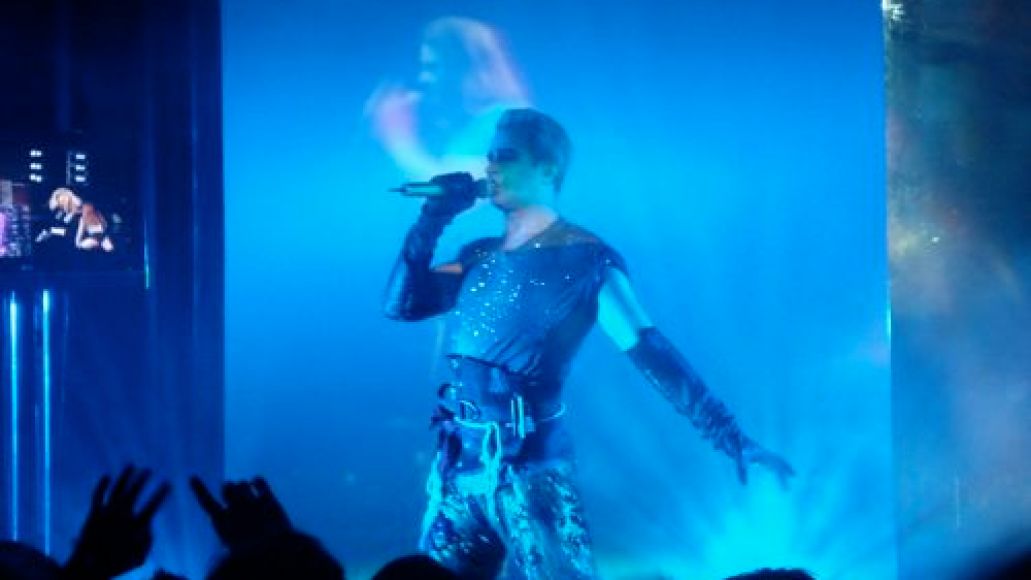 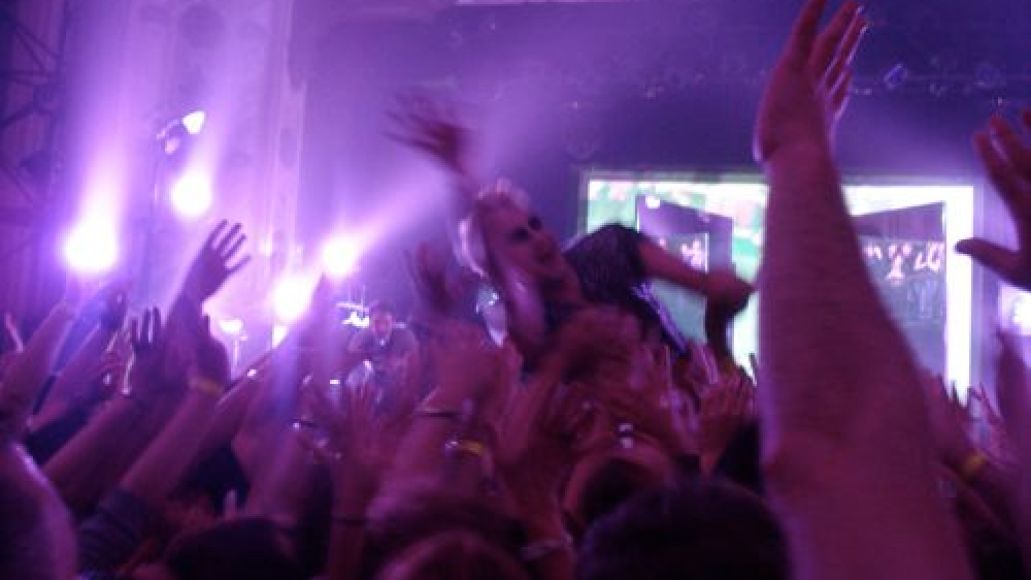 Fischerspooner goes "Between Worlds" at the Metro (5/30)