This Fall, Sting plans on releasing a holiday album. Well, not a holiday album per se, but a record devoted to his favorite holiday: winter. Whether or not this makes sense doesn’t matter. All that’s certain at this point is one thing: Sting’s finally a nutbar.

Some fans might argue this happened years ago (“Desert Rose”, anyone?), but now it’s official. This is just downright insane — it’s asinine! Let’s recap, shall we? The man, Gordon Sumner, regroups one of the best modern rock bands in the past 30 years, The Police, only to disband it (without even attempting to write any new music) and instead records a Christmas album? His agent has to be missing sleep over this. 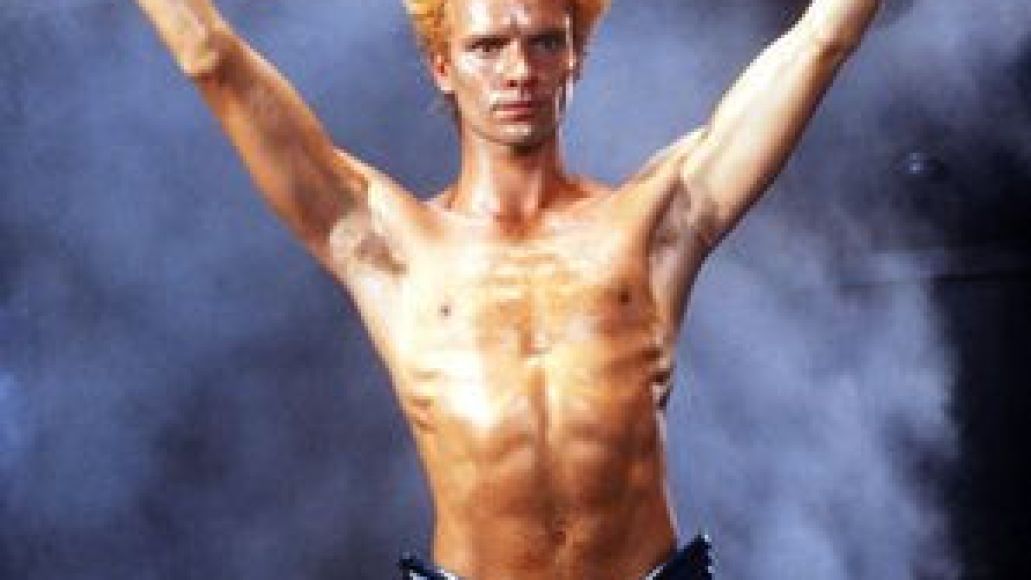 So, what’s the elusive Sting have to say?

“The theme of winter is rich in inspiration and material,” he comments, in a recent press statement. “By filtering all of these disparate styles into one album I hope we have created something refreshing and new. Our ancestors celebrated the paradox of light at the heart of the darkness, and the consequent miracle of rebirth and the regeneration of the seasons.”

Yep. He sounds like a kook, right? Absolutely. Yet he still plans on actually releasing this sure-to-be-unnecessary-effort, which is currently titled, If On a Winter’s Night…, and features a handful of guest musicians, including longtime collaborator, guitarist Dominic Miller. Sting goes on to explain the project’s insightful musical journey and yada yada yada, but it’s all moot. Instead of reading on, fans should file this one under, “Oops”, and take a number at the “Well, we’ll still hope for something logical” line that’s sure to wrap around the corner shortly after its release.

Now, to be fair, Sting’s maddening ambition to always walk the road less traveled has proved both interesting and disappointing throughout his career. But given the context of the situation, especially the countless missed opportunities with The Police, this is just really unfortunate. Who knows? Maybe we’ll all be caroling to his works by December. The world’s a twisted place. However, it’s a sad fate when a lute album (2006’s Songs from the Labyrinth) starts to sound more appealing. Someone better call Stewart Copeland and tell him to use those trademark beats of his on his ol’ pal’s head — 1983 style.

Sting’s latest mid-life crisis is set for release October 27th in the U.S and November 2nd for the UK.