You wouldn’t know it to look at her, but Jenny Lewis has defied plenty of expectations. She made the transfer from child actress to lead singer of indie rock band Rilo Kiley to critically adored solo artist. At Friday night’s show, she also did the unthinkable: She got Park West’s enthusiastic, diverse crowd to shut up for a few minutes while she poured her heart out.

The evening’s first opener Farmer Dave, who plays steel guitar in Lewis’ band, touched upon beach blanket and standard guitar-driven rock. While nothing bad per say, the group, comprised mostly of Lewis’ bandmates, had trouble deciding what sound it wanted to capture, so they dabbled in a lot and conquered none. I suspect in the studio the group can refine its sound to something with focus.

The second openers, The Sadies, knew their genre and stuck to it. They were steeped in alt-country with plenty of Dick Dale influence thrown in for good measure. Admittedly their sound didn’t appeal much to me, but the four-piece band proved they play their instruments well and get a crowd moving, even if they were antsy in anticipation of Lewis. The set’s high points came in the final two songs, which veered more into alt-country akin to Ryan Adams’ harder moments-a wise move that set the tone for Lewis’ upcoming set. 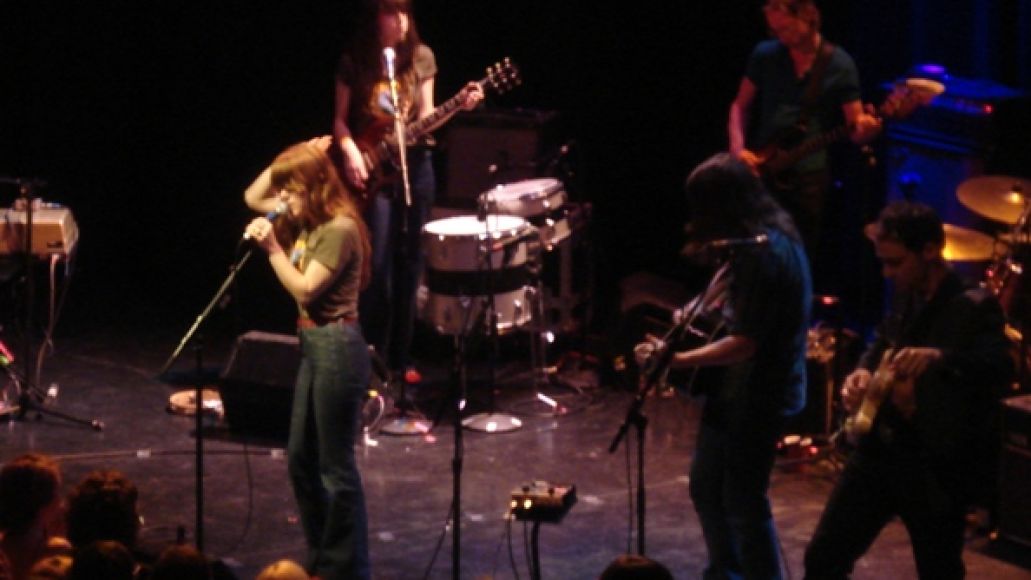 Lewis began her set in earnest by strolling out by herself, strapping on her acoustic guitar, and strumming softly through Rilo Kiley track “Silver Lining”. The number was enjoyable, if not a bit of a downer, until the last few notes, when Lewis let the words “But now I’m gold” rise from her belly and breathe a little electricity into the number. No sooner had she finished the last note when her tight band (one drummer, a percussionist, and three guitarists) walked out onstage and charged into “See Fernando”, a burn burner from 2008’s fantastic Acid Tongue. From the screeching guitar to the hand claps, the song fired up the audience and prepared them for the evening of country rock they were about to experience.

Through the 90 minute show, Lewis proved that she might sound meek and cutesy, but she posses vocal power than most of today’s mainstream divas can’t match. In vintage, high-waisted jeans and a tee, Lewis peeked out from behind her trademark bangs as if she were an amateur songwriter working up the guts to face a crowd. Then she’d open her mouth and make you wonder where in hell that voice comes from. On “Happy”, from her solo debut Rabbit Fur Coat, she lazily strummed her acoustic guitar and sang about unhealthy infatuation in a falsetto more reminiscent of Patsy Cline than any of her indie contemporaries.

While Lewis did pull heavily from Rabbit Fur Coat, the evening’s highlights belonged to Acid Tongue tracks. “Jack Killed Mom”, a Greek tragedy as told by a country gal, begins innocently with Lewis at her piano and transforms into a southern rock number. Although the audience knows every note of her music, they applauded politely when the song seemed to be over. But for the last minute and a half, the number becomes a gospel revival. The quickened drums got the crowd to dance, clap, and howl as if they were in fact trying to rouse the Lord. 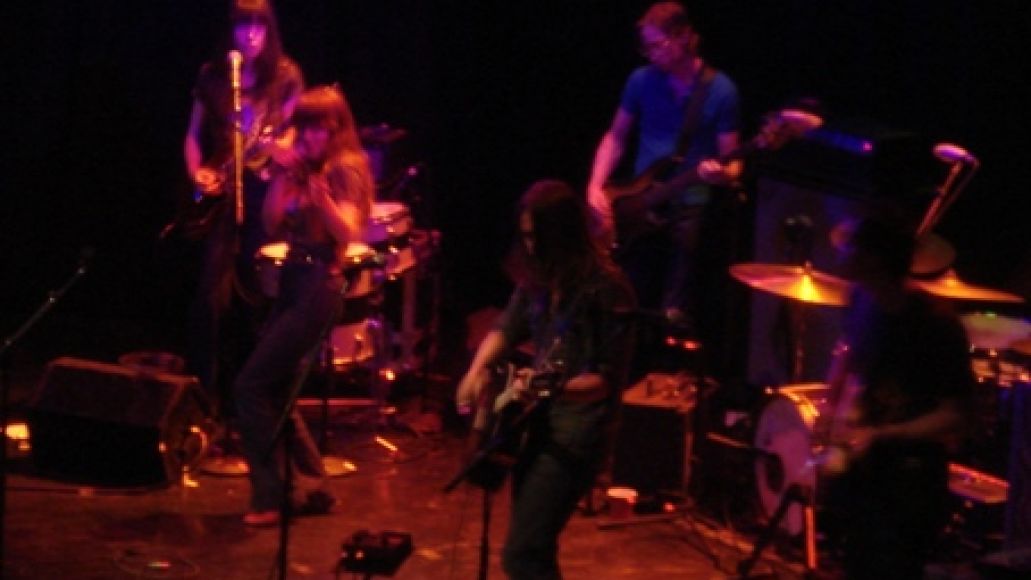 The centerpiece of the main set belonged to the epic “The Next Messiah”. The track is a nine-minute medley that manages to touch upon 1970s rock, soul, and country. As fun as it is to watch Lewis tease the audience with winks and twirl around, this number proved that watching her band work its own magic has its own charms. Drummer Barbara Gruska is in her own world when she’s pounding out the rhythm. It was easy to watch her squeeze her eyes shut and bite her tongue without missing a note. Johnathan Rice’s duet and harmony duties on the number proved that his monotone vocals are the perfect complement to Lewis’ smooth voice.

Throughout the evening the audience was noticeably thrilled to share any experience with Lewis. Fans screamed requests, told Lewis how hot she was and that they loved her, and shrieked when she made any movement. At times they were a bit much, ruining somber moments with “OHMYGODILOVEYOU!” shouts. But during the first encore song, “Acid Tongue”, they showed a surprising amount of reverence as Lewis sang, “You know I am a liar/nobody helps a liar.” While her band stood at a microphone behind her, serving as her choir, she winced at certain words as if she were experiencing the song for the first time. Audience members stood rapt, until the song’s climax, “Being lonely is a habit just like smoking or taking drugs/and I quit them both but man was it rough”, when they belted out the final line and raised their fists with her. It was an unexpectedly poignant moment in a mostly fun-loving show.

“Born Secular” was an appropriate bookend to the evening. It tapped into the lyrical and musical religious undertones of Lewis’ setlist. It also ended with Lewis sauntering off the stage and waving meekly while her two drummers had a percussion duel that was louder than any moment preceding it. Then the two waved their goodbyes and the show was over as earnestly as it began.