Do you have those people in your life that tell you “You’ve gotta hear so-and-so”, hand you their album and you know it’s going to be good?  A few years ago, the friends filling that role in my life kept mentioning The Duhks. I drug my feet until they came to town to play a 100-year-old sanctuary-turned-music venue.  From the moment The Duhks took the stage with their mandolins, banjos and world rhythms, the band captivated our entire crew, ages seven to thirty-seven years old.

Though they’ve been around since 2002, the past year brought the Dugas siblings into the fold: Sarah Dugas on lead vocals and Christian Dugas on drums, as well as a new release: Fast Paced World. The Duhks are based in Winnipeg-Manitoba (that’s Canada, y’all) which explains the French influence heard on “Toujours Vouloir”, but 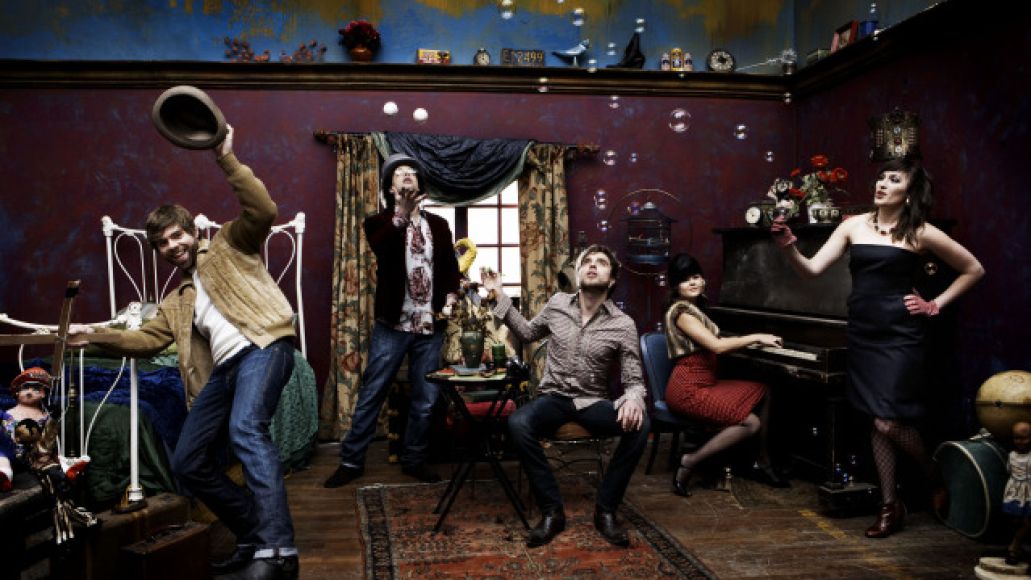 what about the South American of “Magalenha”, the southern twang of “95 South” and the catchy passionate pop of “You Don’t See It”?  Oh yes, that’s beauty of the Americana parasol. A first run through Fast Paced World might label it as schizophrenic, yet compelling. A second listen, and you hear a melting pot of beautiful sounds. Overall, this album showcases the band’s kaleidoscopic talents.

A quick glance at the liner notes and you see banjoist Leonard Podolak partnered with Jonathan Byrd to pen “95 South” and deft fiddler Tania Elizabeth played on a 110-year old unlabelled fiddle and one borrowed from Casey Driessen. In creating their music, The Duhks aren’t afraid to look backwards to those before, beside to those now, and forward into their imagination to create their music; a tried and true formula for colorful, modern roots sounds.

With their chops, creativity and breadth, The Duhks could go any number of directions with future projects.  For now, they’re touring hard and their vivid, ever-shifting sounds are likely heading in your direction. Give them a listen. None of us are ever too old (or young) to slow down, gaze through a kaleidoscope and let it bring a smile to our face.