Every so often, a concentration of musical genes appear to manifest in one particular country. A few years ago, Sweden was hit with Jens Lekman, Lykke Li, The LK, and Peter, Bjorn & John, representing only a small slice of the product.

And now, it appears as if Australia has struck gold. Of course, Cut Copy has recently dominated, but there are a number of other bands working tirelessly and now making a mark. The Temper Trap is the latest addition to this group, and early signs suggest the band might emulate Cut Copy’s international success.

The four piece from Melbourne (Australia’s hipster city) specializes in atmospheric rock music, and has been working together since 2005. The band found fame after a legendary performance at South by Southwest in March 2009, which tied in with the recording of the debut album, Conditions.

Of the tracks recorded thus far, “Sweet Disposition” is the strongest and most popular – unknowingly riffs Stellastar’s “In The Walls”, until the lead vocal kicks in. It is perfectly executed, boosted with jangling guitars and tight vocal harmonies, while soaring upward. 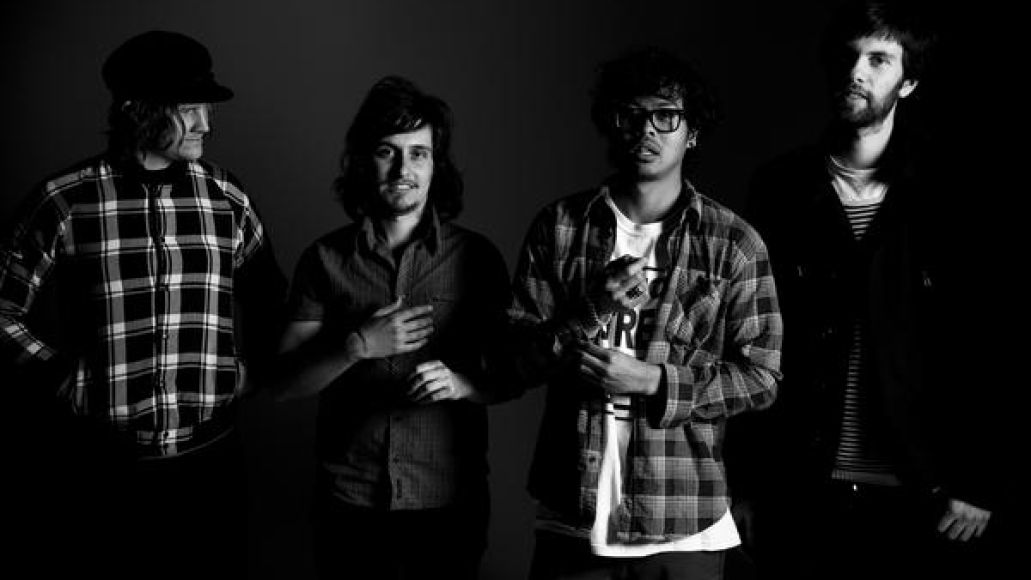 “Science Of Fear”- the first U.K ,single- showcases another sound, frantic and reflecting. The strings are well placed (Patrick Wolf could learn a trick or two- there is no need to beat people over the head with your violin). The core of the track is nuzzled nicely between the relentless drum beats and guitar. The video (below) is also worth a couple of viewings. Inspired by Frank Millar’s Sin City, the blanched visuals occasionally morph into a burst of color.

Taking “Sweet Disposition” on its lonesome, we have an anthemic single that kick-started the band’s career, but early previews have suggested this album is no different. The strength of “Science Of Fear” also goes a long way in proving we should be expecting  some surprises on the full release.

The contrast between these two tracks is monumental – one, quaint and lofting, the other, dark and frantic. This can partly be attributed to producer Jim Abyss and his previous work with Massive Attack and DJ Shadow … and all this seems to be pointing toward a rarity – a musically brilliant album that will also sell.

The Temper Trap’s debut album Conditions is to be released in Australia on July 19th. Everywhere else after that.