Guerilla Union’s Rock the Bells tour kicks off this weekend in Chicago. This year’s lineup is a bit of a step down from last year’s, which was highlighted by heavily anticipated reunion sets by A Tribe Called Quest and The Pharcyde. But still, there are a handful of reasons why rap fans should consider braving the high ticket prices, cavernous venues and inevitable set delays. Here are nine: 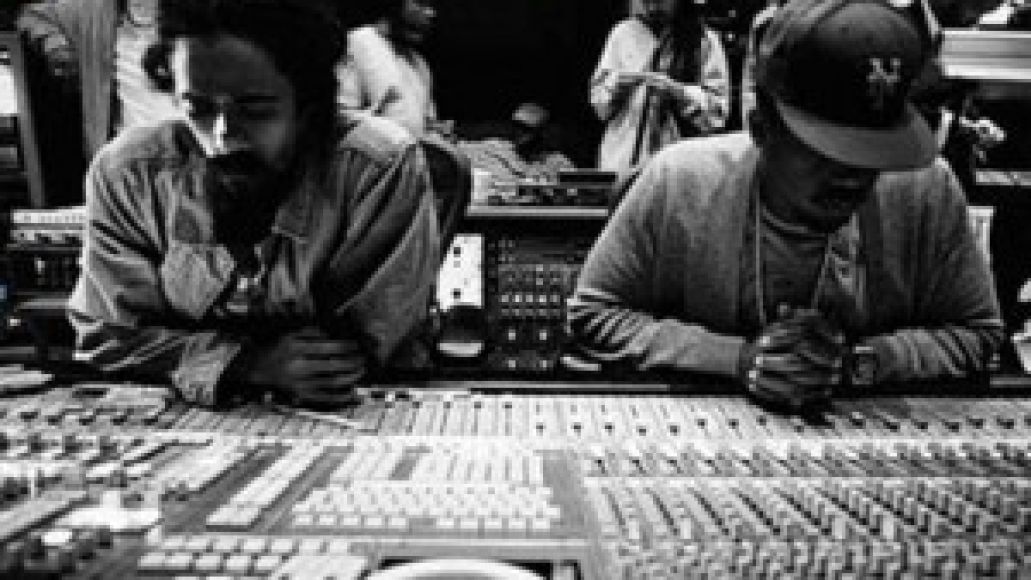 Nas has been second on this festival’s bill the last two years. Bringing back a repeat as a headliner is a bit of an underwhelming move, but the collaboration with Damian Marley helps spruce things up a bit. The duo will be performing songs from their upcoming album, Distant Relatives. It’s unclear whether each will perform solo material, but it seems a fairly safe bet. Nas can hold down a stage with the best of them and with Marley in the mix it should be an entertaining set. 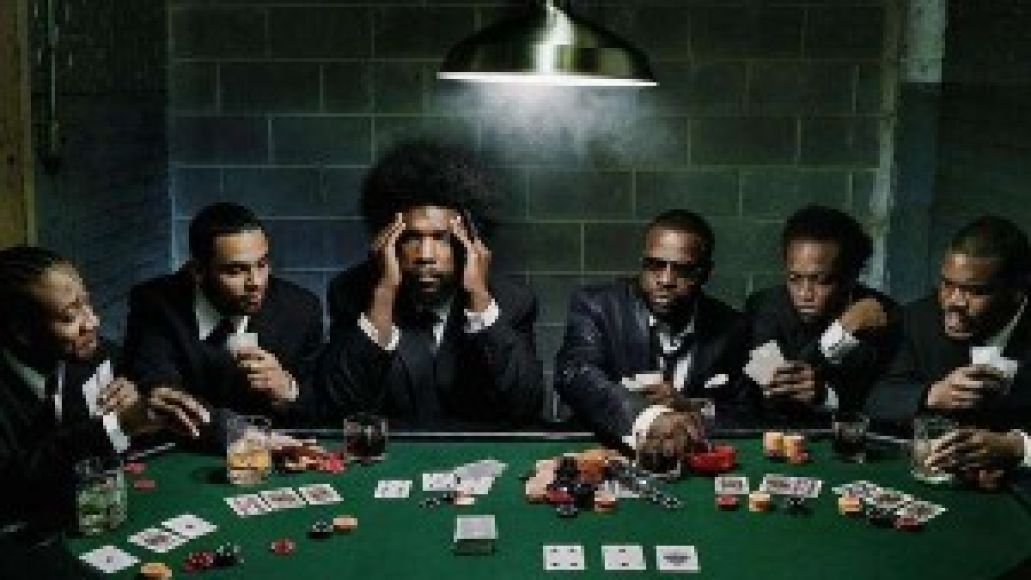 Sure, you’ve seen the Roots 57 times now. We all have. That doesn’t change the fact that they’re still the best live hip hop act going. And now that we are past that pesky nonsense about them not touring anymore (which apparently just meant they will no longer be playing 600 shows a year) we can just sit back and admire ?uestlove’s awesomeness. For the two or three people reading this who have never seen the Roots before, you can probably expect a metric ton of covers (please let one of them be “I’m on a Boat”), an extended jam on “You Got Me”, “The Seed”, and hopefully a Sousaphone solo. 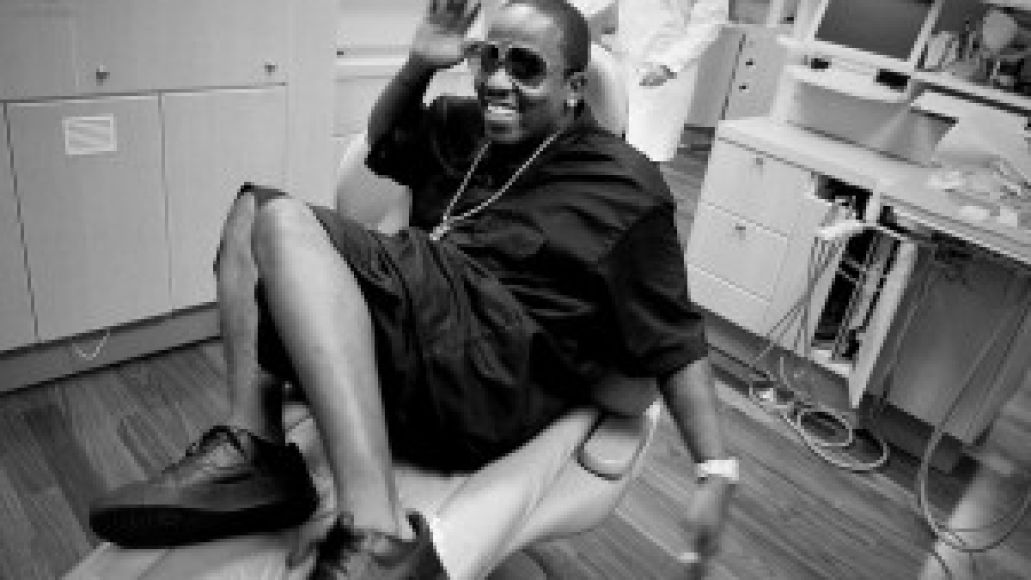 It may be time to embrace the reality that we probably aren’t going to see OutKast perform live again. If this is the case, seeing Big Boi perform a bunch of OutKast songs at Rock the Bells may be the next best thing.  He will most likely preview material from his upcoming Sir Luscious Left Foot, an album that has been delayed so many times it may as well be, well, an OutKast album. Regardless, you can expect a sizable helping of the hits, at least enough to make it my most anticipated act of the day. 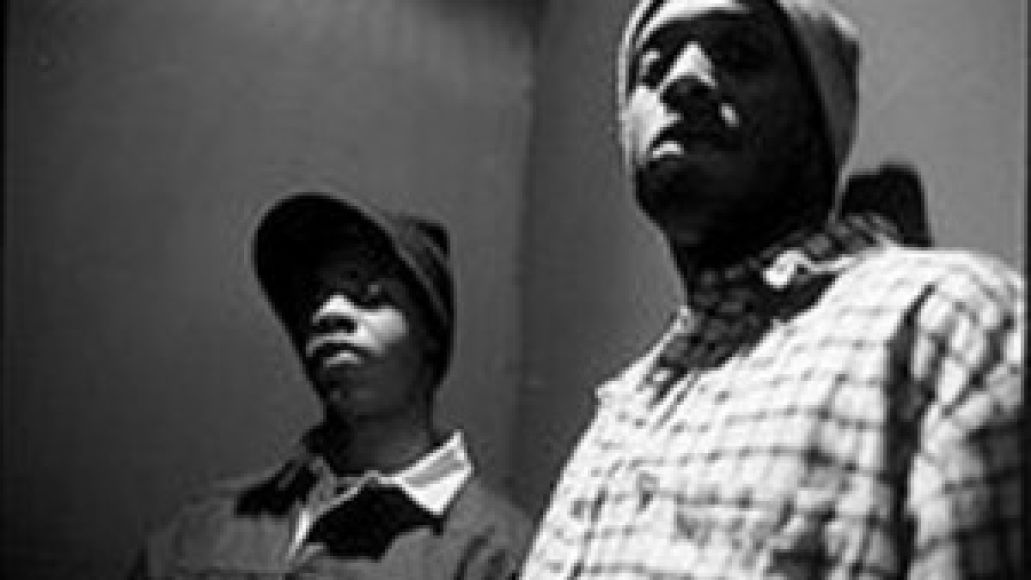 If you’ve been to Rock the Bells before, there is a good chance you saw Talib Kweli. He continues to be a just sort of average performer; entertaining if you’ve never seen him, predictable if you have, with one song that is sure to bring the roof down either way. But with Hi-Tek coming along, this set should be worthwhile for anyone. At best, Kweli and Hi-Tek will delve into deeper material and feature upcoming collaborative work.  At worst, you’ll still hear Kweli perform “Get By”. 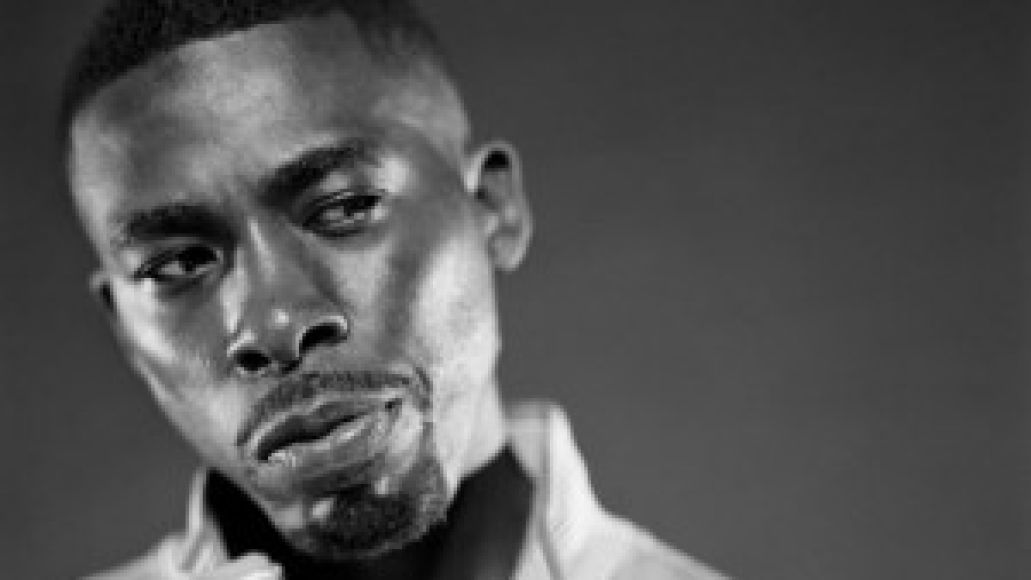 It just wouldn’t be Rock the Bells without a sprinkling of Wu-Tang. The collective headlined the 2007 tour, bringing all living members (!) and a sort of unnecessary live band. Last year Method Man tore the roof off the joint. This year, most shows will have at least one member of the Clan (with the notable exception of the show I happen to be attending). GZA will serve up a heap of Liquid Swords cuts. Raekwon will (hopefully) preview material from his (maybe) upcoming Only Built 4 Cuban Linx 2. And RZA will do whatever the hell it is RZA does at a live performance. No matter who is at your show you can expect to hear more verses of “Triumph” than you probably should. 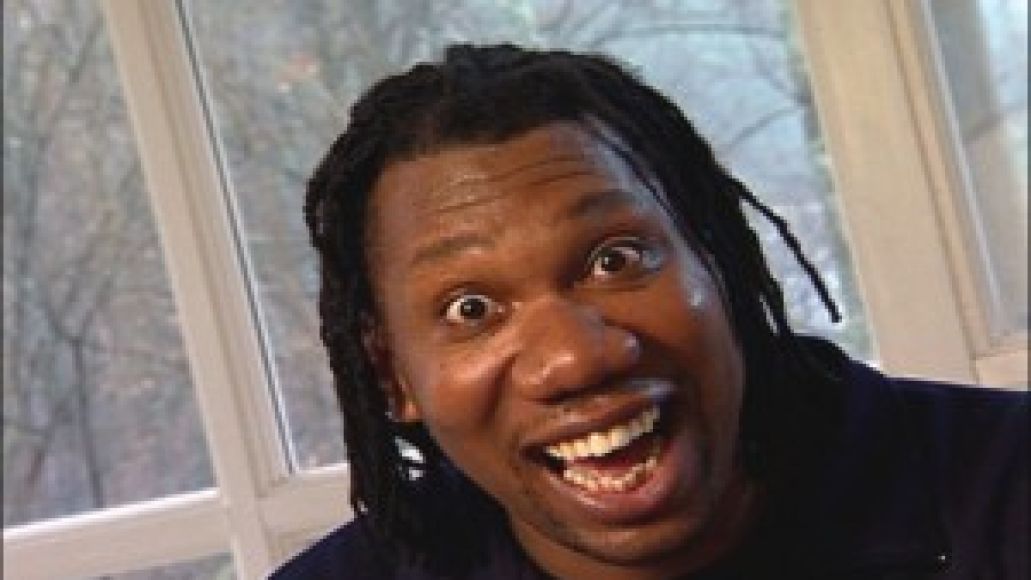 He may be performing in your city. He may only be hosting. Why on earth he would be in the venue and not be given a set is anyone’s guess, but I’ve stopped trying to figure these things out when it comes to Rock the Bells. Regardless, KRS-One is a true legend of the genre and a performance would be a treat. 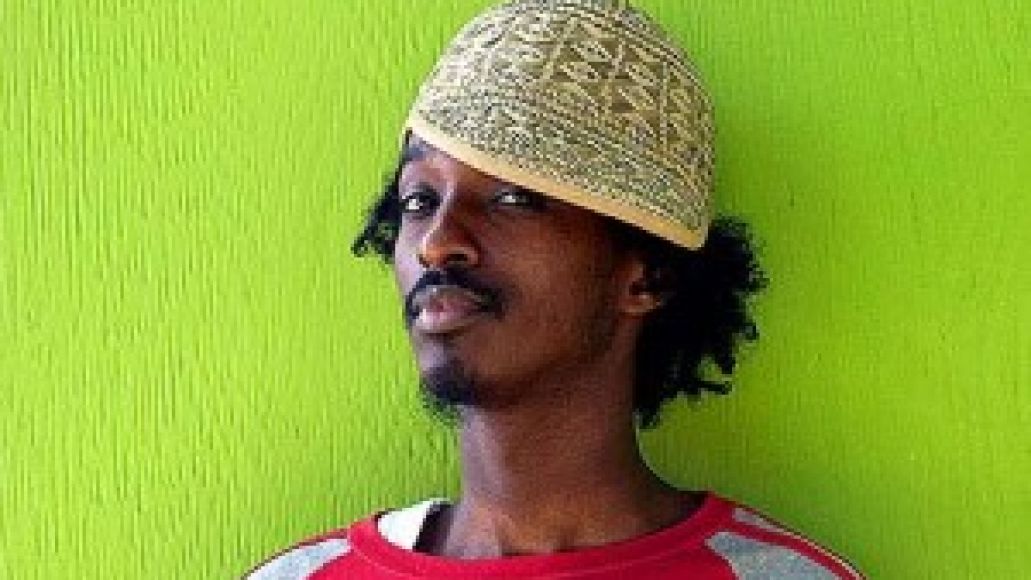 The up-and-coming Somali rapper is worth catching, if only because he stands out on a lineup packed with backpackers.  K’Naan should be performing with a live band, which is great because his music actually lends itself to live instrumentation, unlike many of the other acts who inexplicably chose to go with a live band at this festival (coughWUTANGcough.) 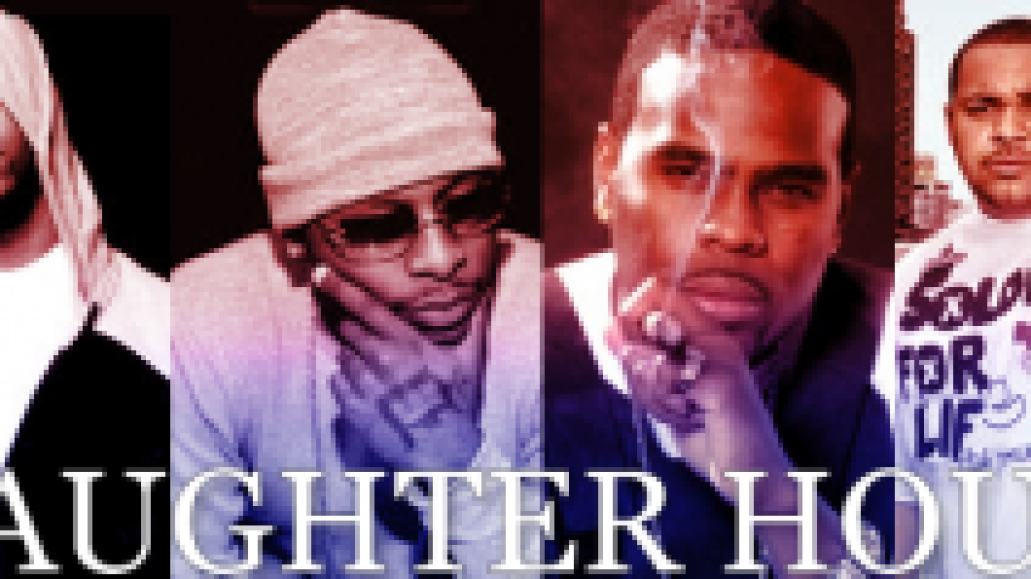 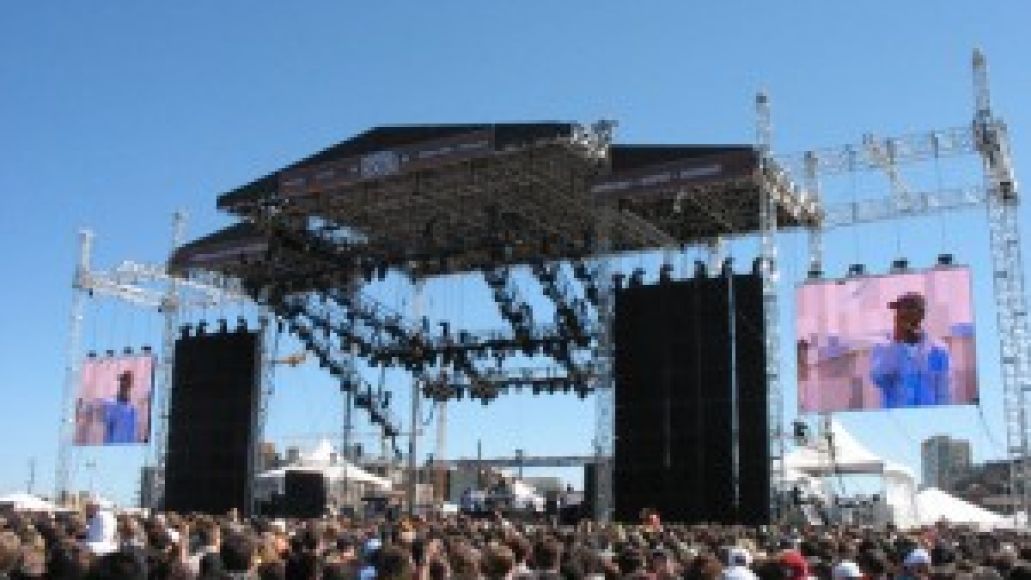 The lineup pales in comparison to last year’s, the venues are too big, and you can bet the show will be plagued by delays and shortened sets. But it’s still Rock the Bells. As of right now, it is the undisputed, top hip hop festival in the world and until somebody decides to put up an effort to dethrone it, it’s the best festival hip hop fans have. In addition to the eight acts listed, attendees will be able to catch sets by Busta Rhymes, Common, and a host of others who should put on enjoyable greatest hits sets. In L.A. you’ll see Ice Cube. In Calgary (Calgary?), you’ll see Cypress Hill. In Toronto you’ll see EPMD. I don’t have an answer to why these acts aren’t playing more shows, but regardless of where you attend, you are going to get an extremely full day of pretty damn good hip hop that should at least warrant a lawn ticket.

Nine reasons to hit up Rock the Bells