The Duhks opened up in Raleigh, North Carolina’s humble Berkeley Cafe with an unexpected cover of Bob Dylan’s “It’s All Right Ma (I’m Only Bleeding)”. Freshly inked onto the night’s set-list, they explained their rendition would soon appear on a compilation with the likes of Amos Lee and Lucinda Williams also covering 1960s/70s songwriters of their choosing. Nothing like an exciting morsel to whet your appetite for the rest of the set and just like The Duhks to help you lose your footing right off the bat.

Although listening to The Duhks’ severely eclectic albums (particularly their recent Fast Paced World) requires quick shifting of the genre-gears and can put you feeling like you’re standing on shifting sand, their live performances are known for their ability to truly seamlessly fuse zydeco, jazz, blues, bluegrass, French, Canadian, Latin, (are we diverse enough yet?), traditional, modern roots style. In this category, Sunday night’s show was true to form. 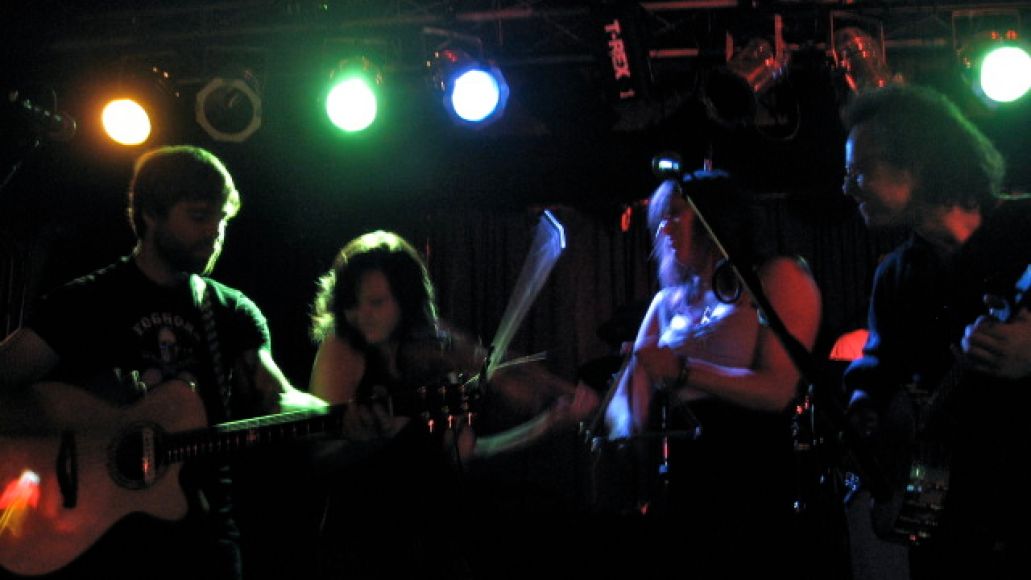 Sarah Dugas’ sultry, granular alto and brazen stage presence could easily centralize the audience to her performance, but the stellar musicianship of the other Duhks prevent this travesty (we’ll get to them later).  Dugas led us through the swampy spiritual “Death Came A Knockin’” and the Fela Kuti inspired title track of their last album, Fast Paced World. Her crowning moment of the evening was the burlesquely veneered, yet lovelorn “This Fall”. Dugas’ powerful vocals commandeered the room; it’s hard to sing that loud and powerfully in a tiny, non-acoustically designed space and sound damn good. She did.

Founding father and banjo player, Leonard Podolak, and his feral coiffure continuously read the crowd and genuinely got excited to see the pocketed outbursts of frenzied jig. True, this venue was no Bonnaroo (they played there last week) and some stifled their dancing in favor of studying the musicianship of the band. He led the distinctly creole “Down to the River” (no, not the same one Alison Kraus and co. made famous), saying it’s “…his most favorite song to play ever”. Fittingly, albeit expectantly in the North Cackalack state, he took lead mic again for “95 South” and the crowd ate up the local comfort food like they would vinegar based bbq at a family reunion.

Percussionist Christian Dugas, (Sarah’s brother) provided some harmonies throughout but took the mic for a cover of fellow Canadian Luke Doucet’s “Blood’s Too Rich”. Likely new to the ears of most, it left the crowd wanting as his vocals were lost in the sound mix. The brother Dugas did a stellar job of his main task: keeping time for the vaudevillian mix of musicians. 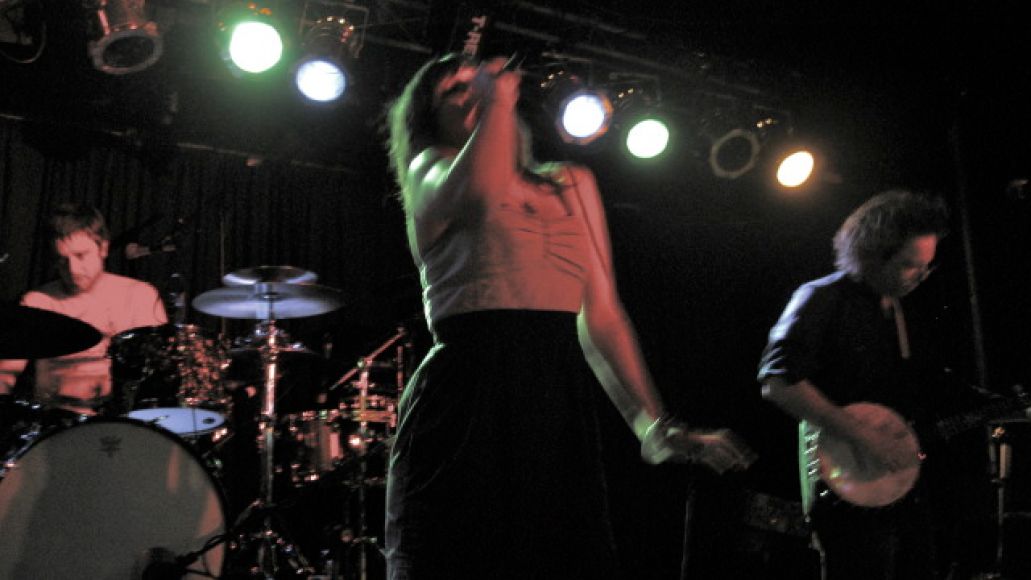 No doubt one of those most grateful for his skills is Tania Elizabeth who sent horsehair (or whatever synthetic material they use these days) flying with her fiddling. An intuitive player, she shifts between dramatic pedal distortion, classical bowing and chopping. There are moments she’s completely engaged with the crowd or the band and many more where we lose her as she ascends to another place — completely consumed by her craft. It’s a joy to behold. Her harmonies complement Dugas and add another layer to the already teeming spectrum.

Guitarist Jordan McConnell seemed more distant than in past shows, not playing into interactions with band mates. We won’t linger long at wondering if there is an offstage undercurrent carrying some chilled waters on the stage, and move on to the more likely theory which sends “Behind the Music” running, but gets guitar players strumming: he 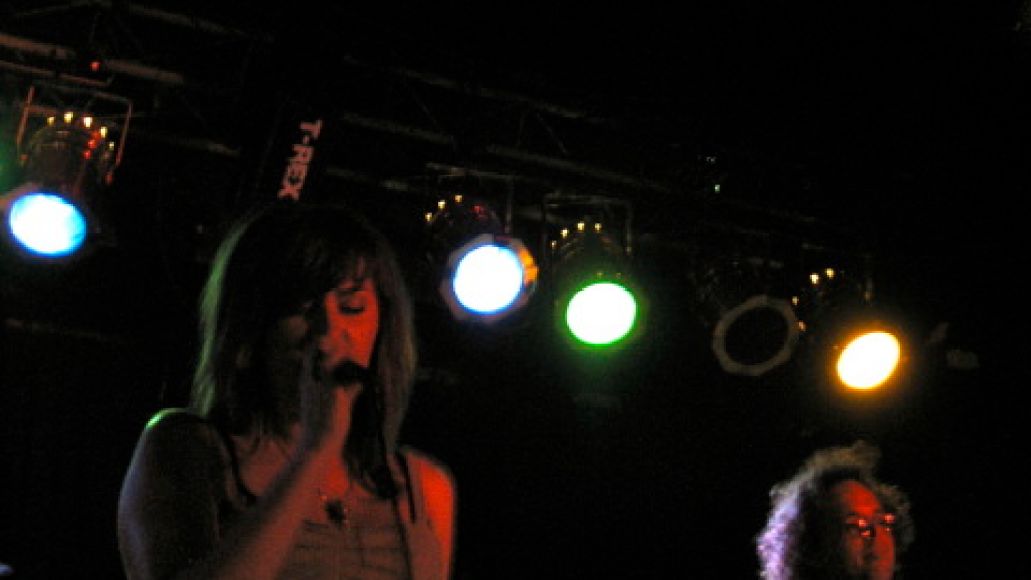 was completely concentrated on maintaining the bass line while simultaneously playing the lead guitar. McConnell, a luthier, plays with two pick-ups in his self-constructed guitar; the second for the extra heavy fifth and sixth strings where he maintains the bass line. Guitar students in the crowd picked up on his in-human (and sometimes inhumane) hand contortions. He hones his craft and maintains a custom shop, McConnell Guitars, back in Canada.

The band began the wrap up with “Toujours Voulouir” and kindly translated the French crooned hope for the crowd: “But one day that love reigns/And that money loses its value”. Before moving into the soulful song about a hundred-plus year old hurricane “A Mighty Storm” and letting the crowd get their final shakes out to the Portuguese rhythms of “Magalenha”.

The show was an absolute blast in the unobtrusive venue. When a band is uninhibited, the band has fun, so the crowd has fun. Then the band has more fun…and so, on and so on. The Duhks are completely in their element being a non-definable element of the Americana/Folk/Roots scene. This creative freedom and expression echoes through their music and into the crowd so that even those with deep roots (or cement shoes, whichever the case) find a way to sing and dance along.