After four long days, which featured torrential downpours, grueling heat, lots of mud, and over a hundred of music’s best acts, the 2009 edition of the Bonnaroo Music Festival is now and will forever will be a memory. Join us, while we remember and review the festival that was Bonnaroo ‘09…

Ah, the final day. Bittersweet? Certainly. A welcome relief for those tired feet and pounding heads? Definitely. But before Bonnaroo ’09 could become an eternal memory, and our bodies could recover, we had one more day of music to get through, and another stellar one at that…

Four days of walking over a mile into a festival can be a drag, which may explain why That Tent was overflowing for the shot of adrenaline that is Bowling Green, Kentucky rock band Cage The Elephant. With a vocal delivery close to that of  Hives lead singer Pelle Almqvist, lead singer Matt Schultz delivered both quick spurts of lyrics and ear shattering screams. Schultz brother, and lead guitar player Brad Schultz enjoyed most of the casual conversation with the crowd as the band added a slightly southern twinge to the groups energetic indie rock. Set wise, Cage the Elephant tromped through tracks off of its 2008s’ self-titled debut including “In One Ear”, “Ain’t No Rest for the Wicked” (which was appropriately dedicated to Bonnaroo) and “James Brown.” The singing Schultz brother delivered an Iggy Pop-esque theatrical performance, which was further validifed when the frotman embarked on an extensive crowd surf. Needless to say, Iggy would have been proud in more ways than one. – BM 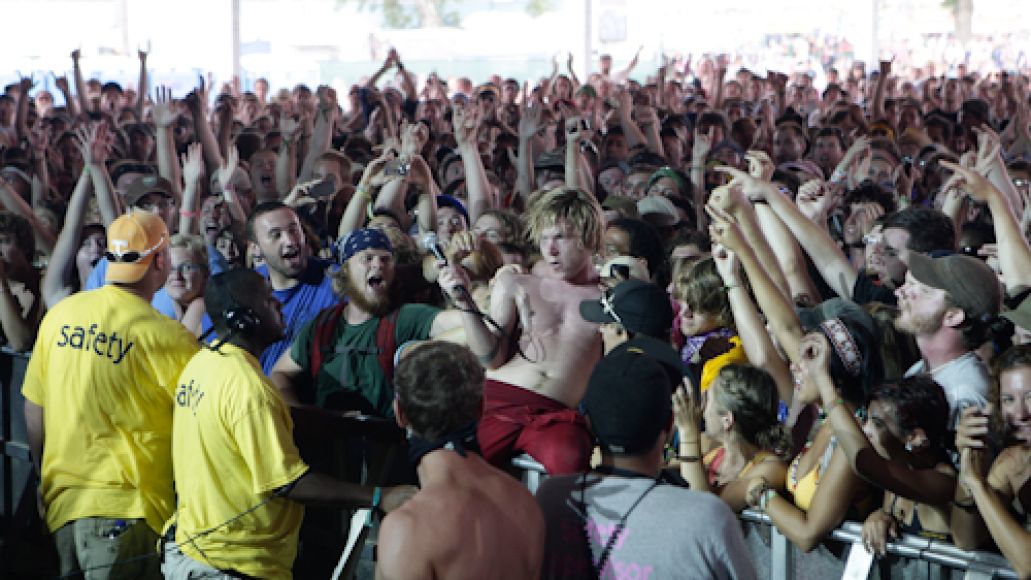 Sunday afternoon may not seem like the most ideal of performance times, but in the case of Ted Leo & the Pharmacists’ this particular Bonnaroo time slot neither took away from the band’s energy, nor the number of spectators. In front of a packed crowd at The Other Tent, Leo and his bandmates powered through an hour of 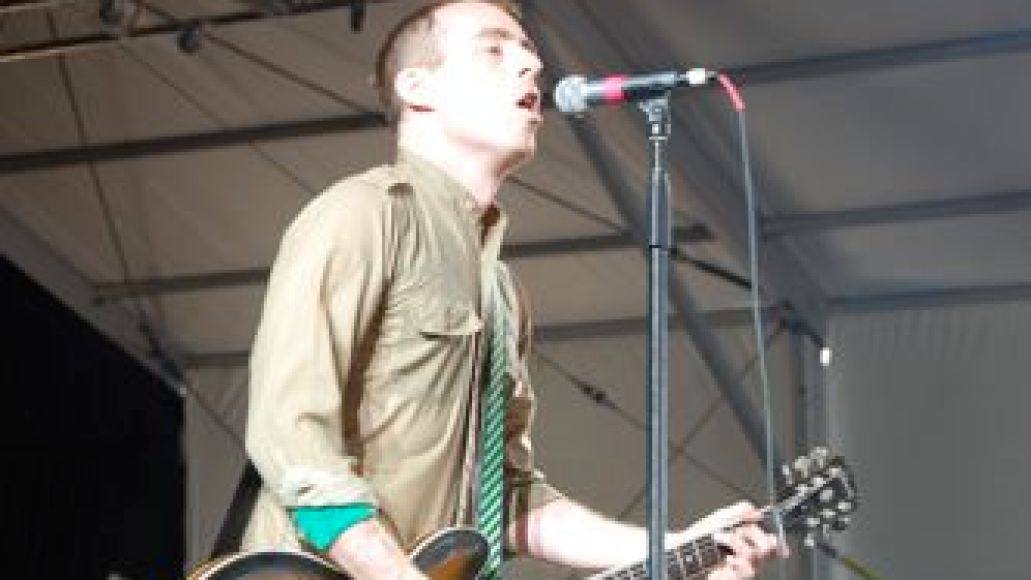 some of the festival’s most catchy sounds, the result was a set featuring both old favorites and brand new selections from the band’s forthcoming record. Leo embraced the atmosphere with sincere enthusiasm, almost like a kid in a candy store, only the type who responds to the thousands of engaged onlookers with pulsating rifts, sing-a-long choruses, and on stage dancing. This was the type of performance where the performer had as much fun as the audience. – AY

Citizen Cope, the singer-songwriter out of Brooklyn, provided an hour of relaxation on Sunday afternoon with his folk-friendly set caught between Ted Leo, Dillinger Escape Plan, and Todd Snider. As expected, Clarence Greenwood’s stage presence wasn’t too existing, but he delivered solid sounds that had many grooving, with the highpoint being “Bullet and a Target”, a song that won over head nods from most of the crowd. In the end, the only thing missing from Greenwood’s set was a star studded guest appearance. But, we can forgive him. After all, Citizen Cope’s John Ginty showed up to play keys for Gov’t Mule on “Soulshine”. As Warren Haynes put it, it just wouldn’t be Bonnaroo without “Soulshine”. – AK

Tucked away at Cafe Where, and with an ample audience to boot, one of the most intimate performances of the weekend occurred: Jessica Lea Mayfield‘s. The quiet 19-year-old from Kent, Ohio charmed aplenty with her bluesy Midwestern woes, mostly culled from last year’s With Blasphemy So Heartfelt. Though she has been featured on several tunes by neighboring band, The Black Keys, and has toured sold-out clubs with Ray LaMontagne, only the most humble of words came from Mayfield, who showed little to no anxiety, even when she asked the audience if she could “do a few songs by myself,” and shooed the drummer and guitarist off stage. With the experience she has at an incredibly young age, along with haunting vocals, Ms. Mayfield surely has a bright future and many more Bonnaroo’s to look forward to in the future. – BM

Will Sheff and the rest of Okkervil River may take a cynical stab at the concept of being a performer on both The Stage Names and The Stand-Ins, but that doesn’t stop them from taking on the role with flying colors. Sheff and his bandmates soar through ironic tracks such as “Pop Lie” to which every crowd member chants, “He’s the liar who lied in his pop song/And you’re lying when you sing along.” But highlights definitely came about in the form of older tracks such as “Black”, “A Stone”, “For Real”, and of course, the momentous “Westfall”. As Sheff bounced around stage, rubbing heads with his bandmates during their solos, there was more than enough energy on stage. The guys put on a great show, and despite some sound problems (the mix was a little high, and there was a buzzing when Sheff attempted the acoustic songs) the set was one of the best Bonnaroo had to offer. Songs like “A Stone” were executed with pure passion, probably invoking the “cryingest eyes.” Listening to Sheff sing his poetry is a more than worthwhile experience, and catching a beautiful lyric you may have missed in your home will put a smile on your face. I will say that Lauren Gurgiolo doesn’t exactly pull through with her mandolin playing on songs like “Westfall,” but nonetheless, Sheff steals the show and makes it all better. Watching the electricity on stage during Okkervil River’s set was a great way to finish out Bonnaroo, or at least begin to wind down. – DL 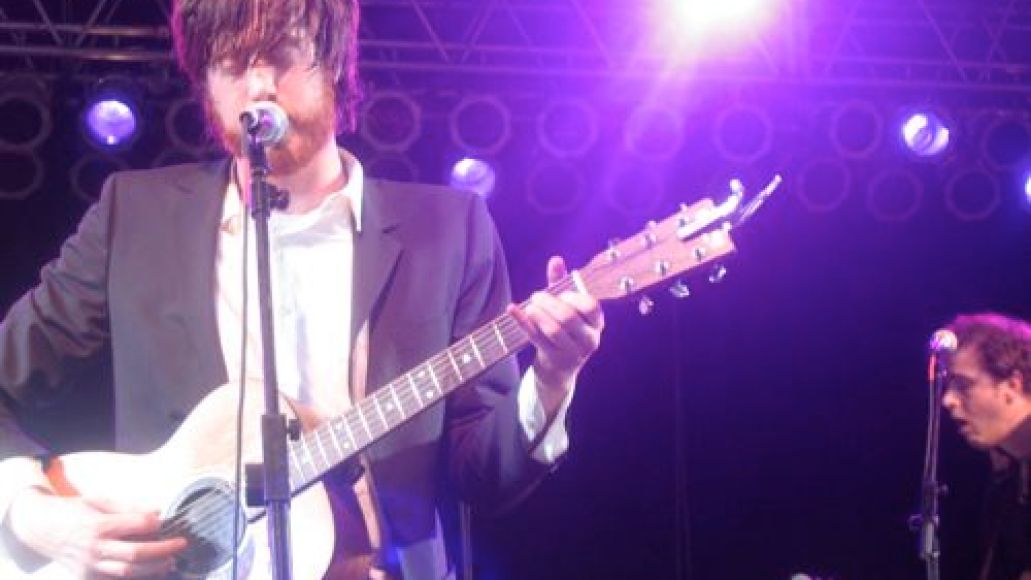 Who better to get a crowd “ready” for Phish than with the man who officially endorses Chronic Candy, yes… a marijuana flavored candy. Sure, at first glance, the appearance of Snoop Dogg may not have exactly blended in with the rest of this year’s lineup, but once his early evening set got underway, he had the crowd moving their bodies every way possible. The California rapper’s performances included tunes from his entire discography, as well as other’s, including Jamie Foxx’s “Blame It”, though the latter didn’t last all that long as he soon declared, “Wait a minute, they aren’t singing about my drink.” Snoop, backed up by full band then launched into “Gin and Juice” off of 1993s’ Doggystyle. Shortly following, the hip-hop legend jumped into “Lodi Dodi”, another gem from his hallmark album, which was further highlighted by a guest spot from Erykah Badu, who had owned the same stage an hour earlier. As the sun began to sleep, his set came to an end, and fans prepared to head out, leaving Snoop to cap off his hour with one last chant of his name. Though by then, he’d said it so many times, it wasn’t so much a name, but a brand — perhaps ultimately, his intention. – BM

While Snoop Dogg was bringing the beats over at the What Stage, the South Carolina based (formerly Seattle) 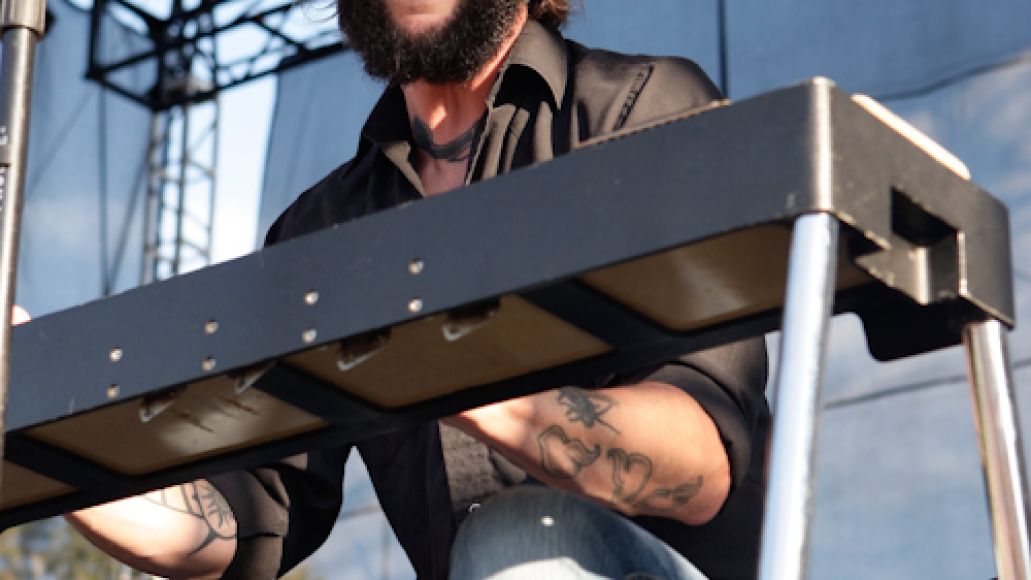 Band of Horses decided to show its face. Neither the multitude of performances, nor the dope beats of Snoop kept the crowd away as the outfit appeared on the Which Stage around 6:30 p.m.

The evening’s first highlight came a few songs in, when after some time on steel guitar, frontman Ben Bridwell stood up and, accompanied by his trusty guitar, kicked off a brilliant rendition of “Is There A Ghost” that had most of the crowd singing along. Other standouts included “No One’s Gonna Love You” and “Ode to LRC” – unfortunately, the equally stellar “Cigarettes, Wedding Bands” was omitted. Overall, the sound was phenomenal, with the band nailing all the harmonies and hitting every note with perfection. The only thing that would have made for a better set? If Snoop Dogg would have turned down that darn bass! – AK

The following events occurred during the three-plus hour epicness that was the final performance of Bonnaroo ’09: Phish takes the stage for the second time this weekend to a thunderous applause. Set one kicks off. First, “AC/DC Bag”. Then, “NICU”, “Gotta Jibboo”, and “Bathtub Gin”. Wait, what’s that? A Bruce Springsteen guest appearance? They play “Mustang Sally”, “Bobby Jean”, and an even more epic rendition of “Glory Days” than what was thought to be humanly possible? (Faints). Set two begins. More of the same. A cover of Velvet Underground’s “Rock and Roll” and “Farmhouse” – how appropriate. Encore time. “Suzy Greenberg” and a reprise of “Tweezer”. Fin.

And after that, there’s really not much to say. After all, trying to describe the scene that was Phish’s Sunday performance at Bonnaroo, beyond just the facts, is pretty much impossible. Words can’t describe the sounds that resonated throughout Manchester once Springsteen took the stage, or during any of the band’s countless jams. So, rather than try, we’ll leave you with something that can…

…because folks, this was the festival that was Bonnaroo ’09. 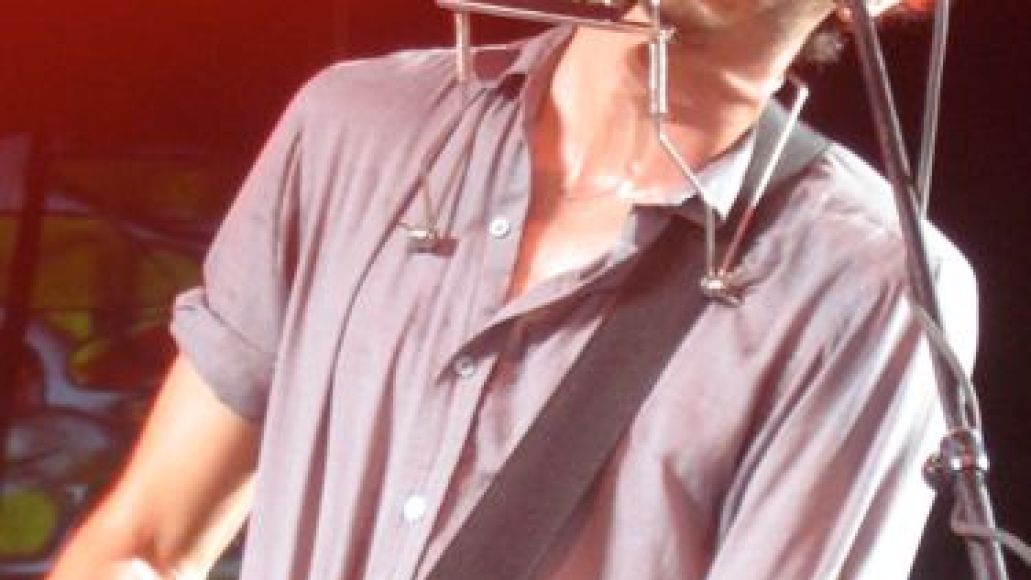 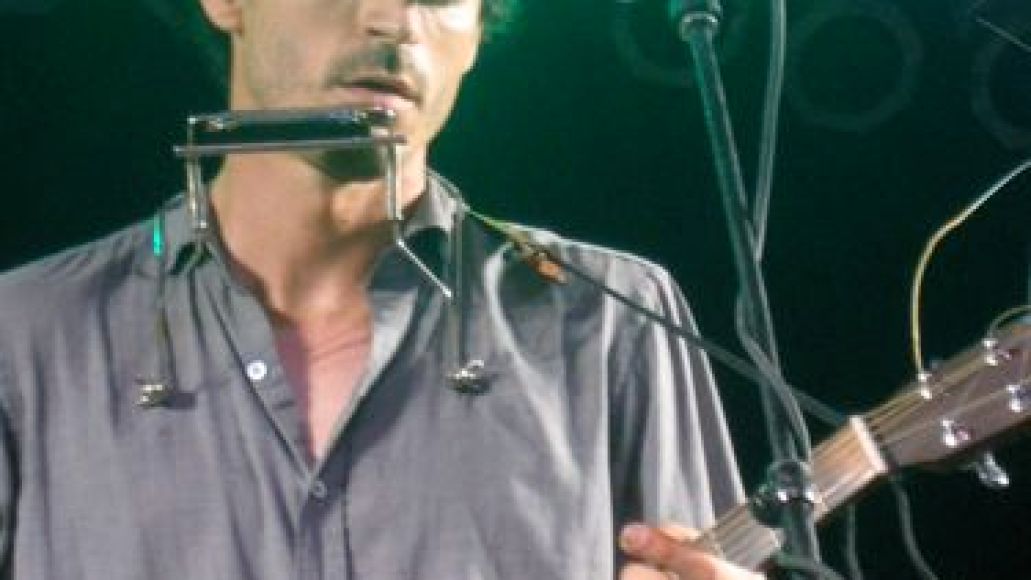 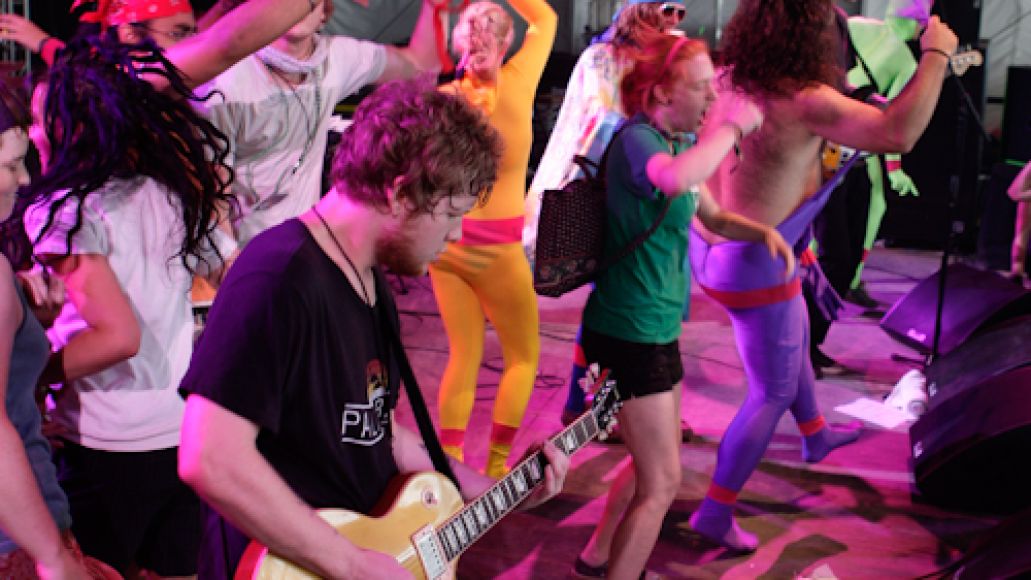 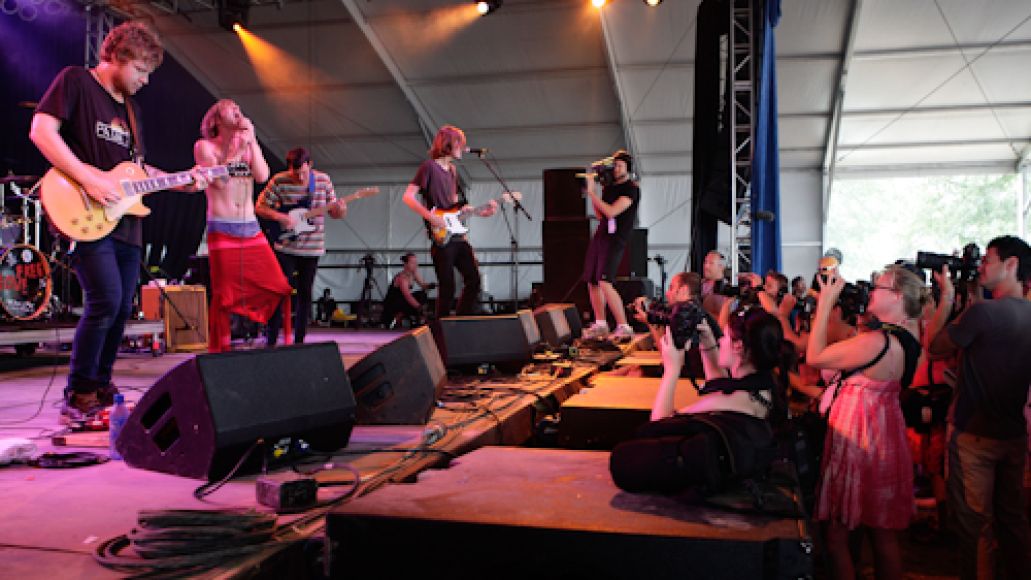 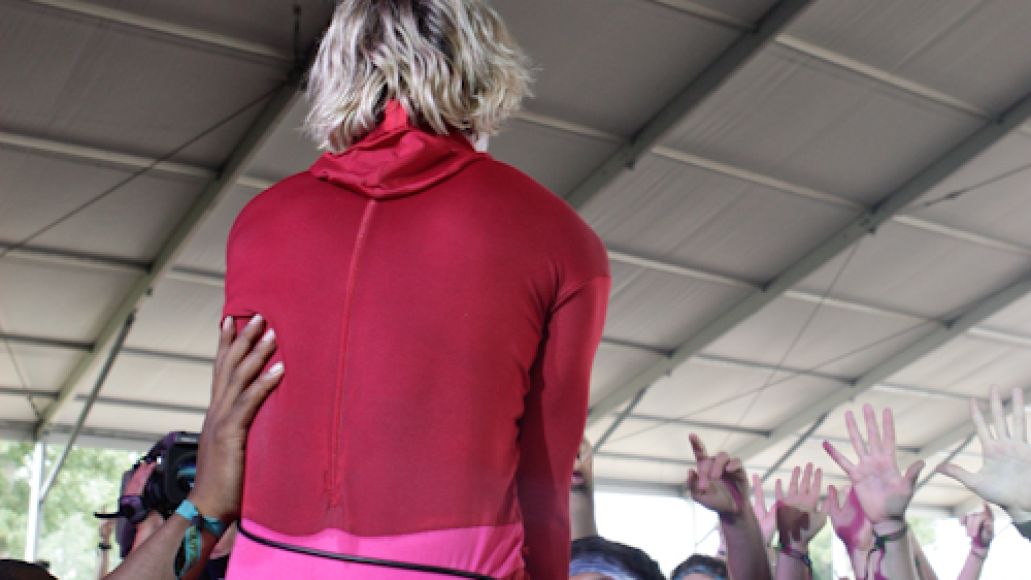 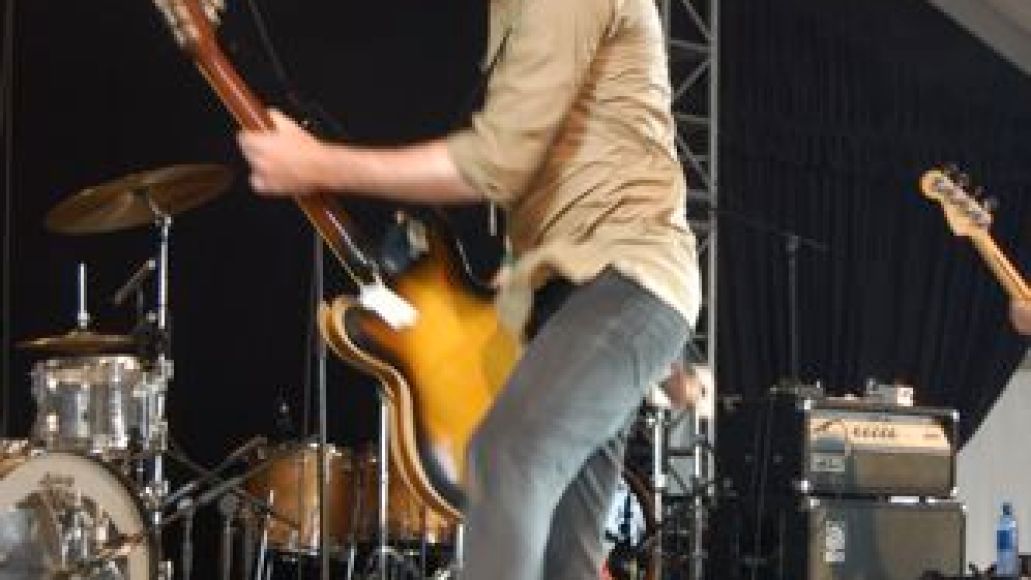 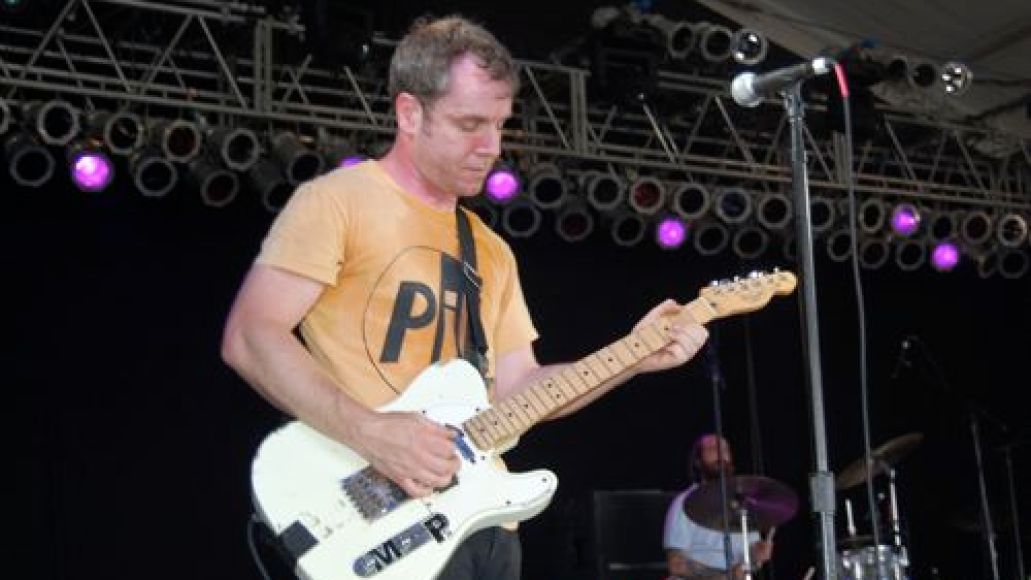 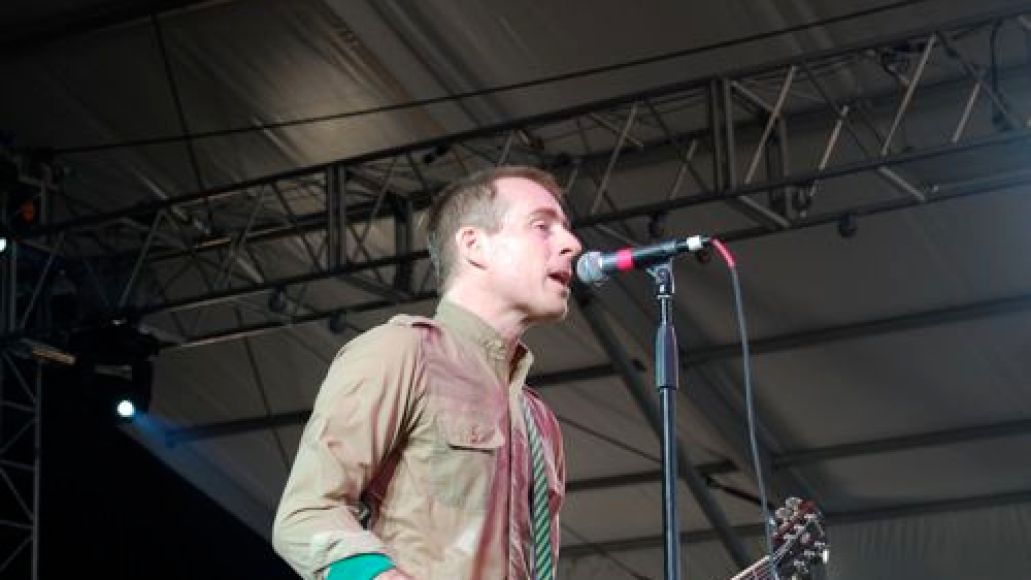 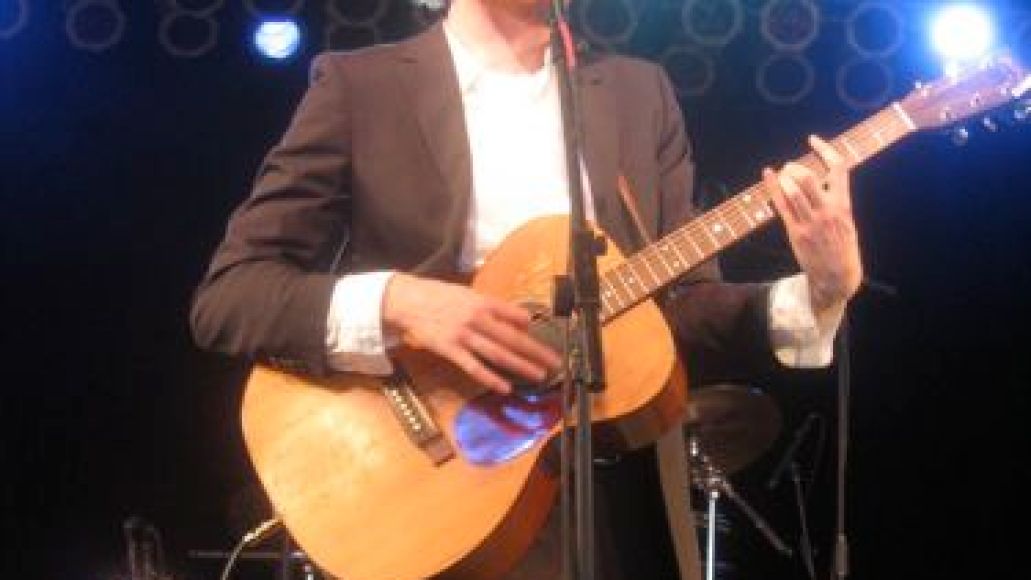 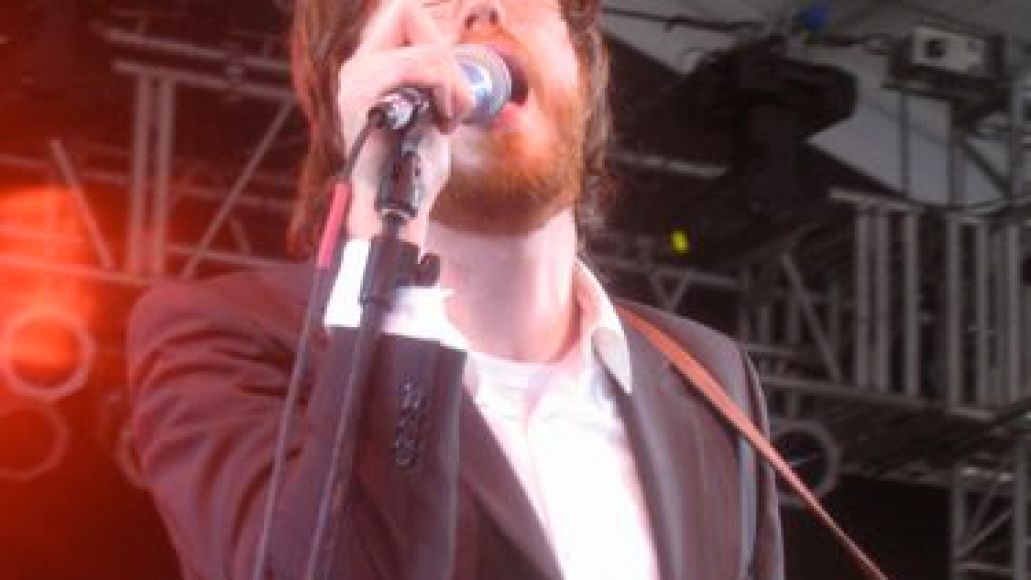 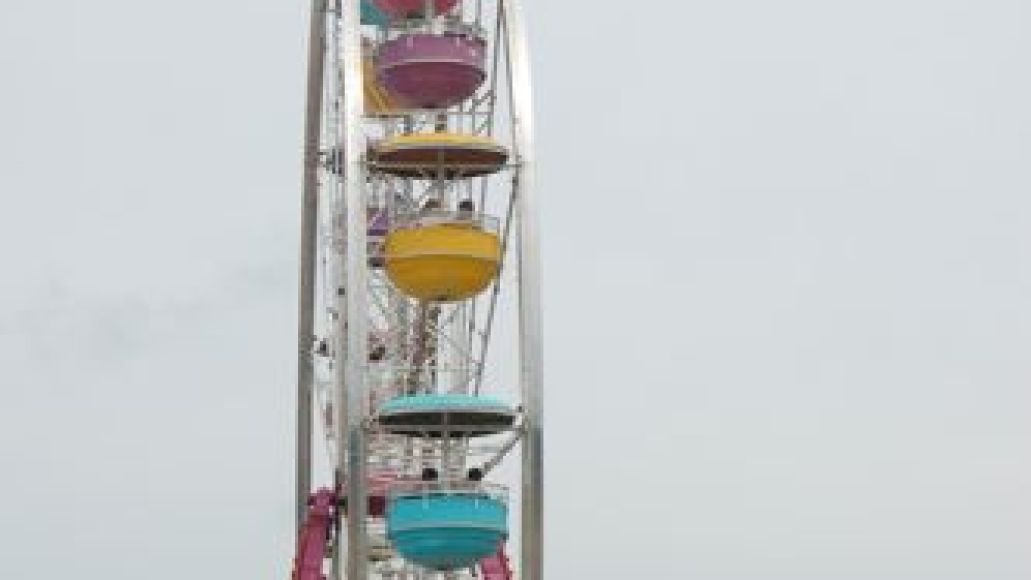 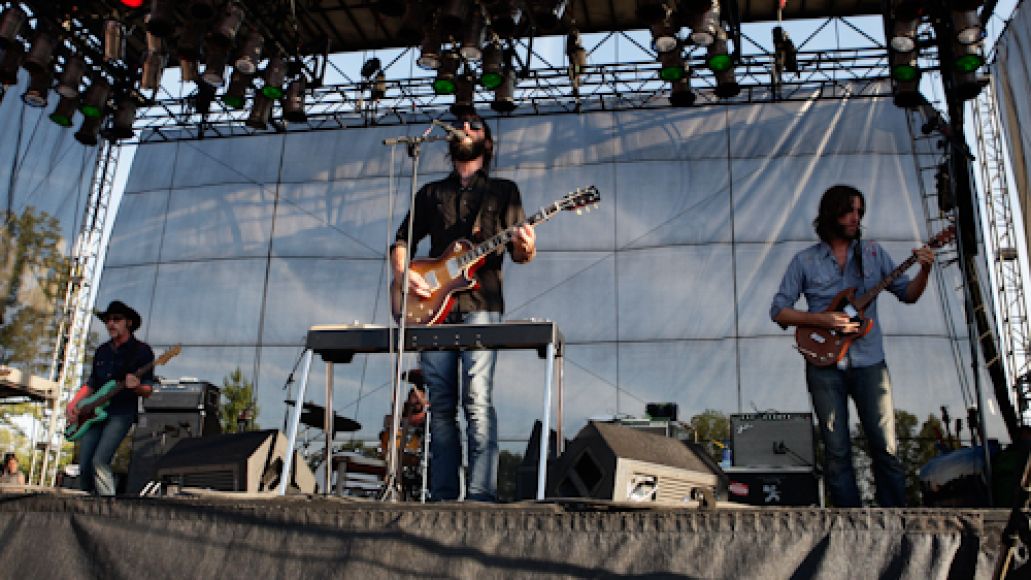 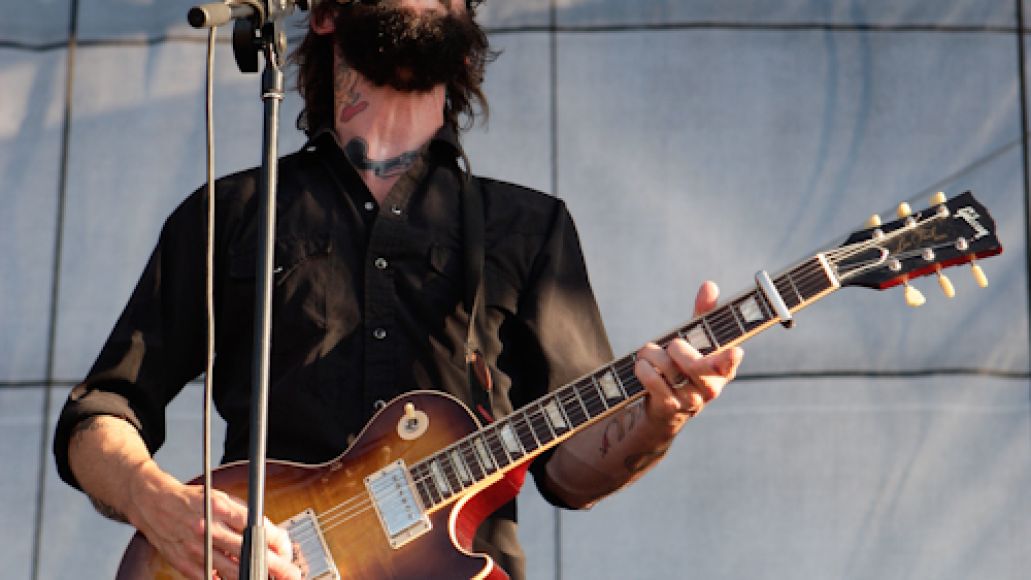 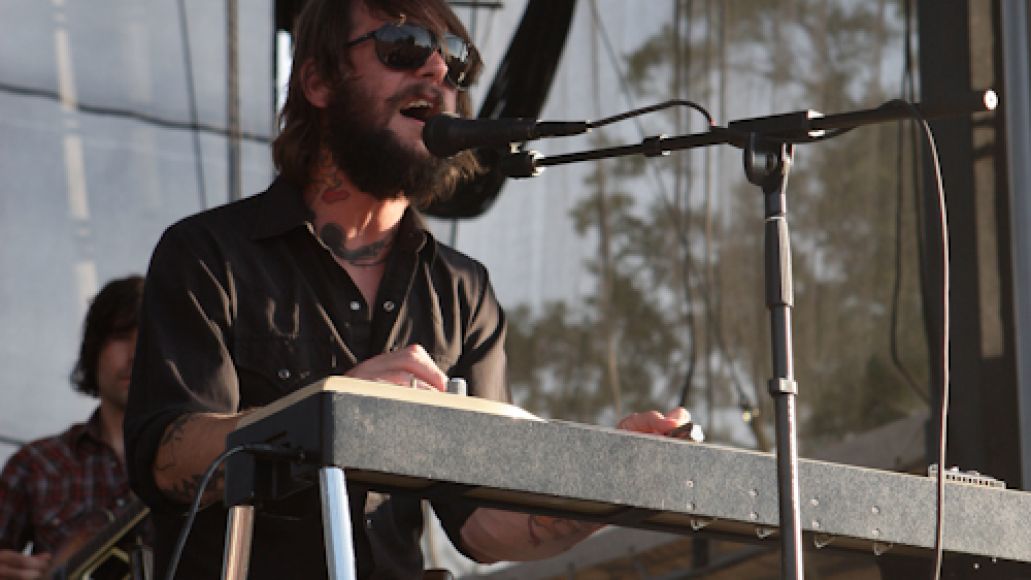 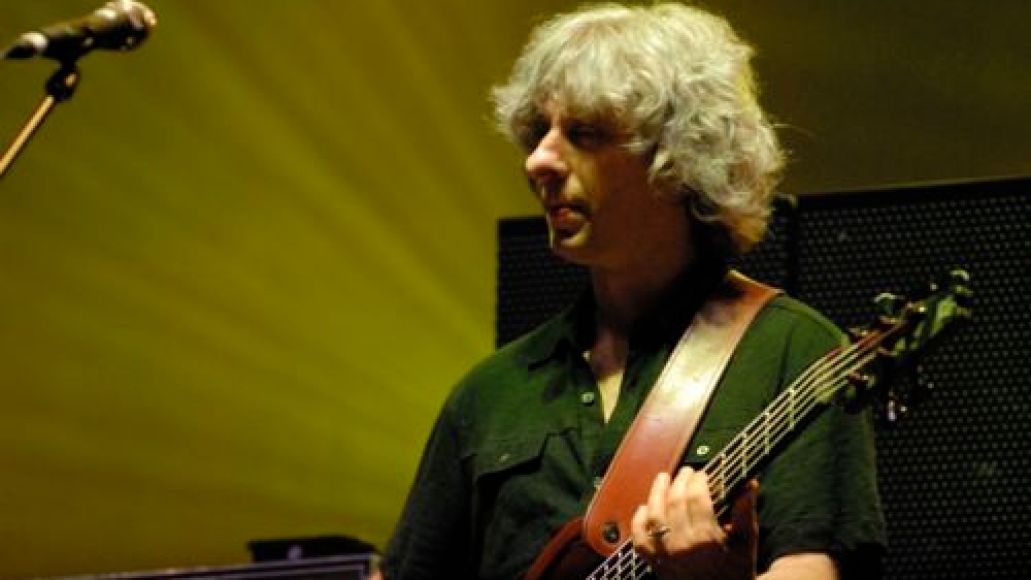 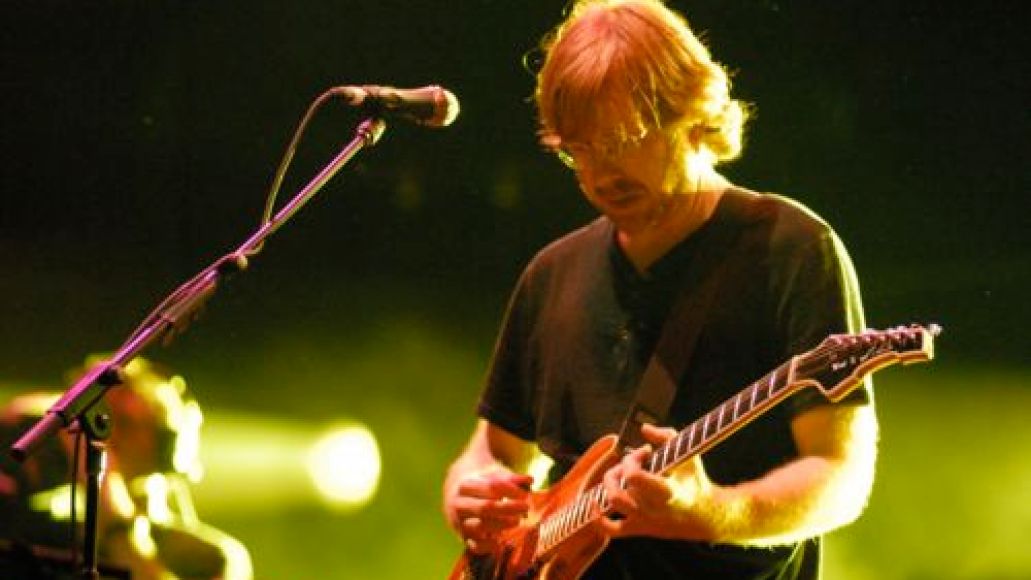 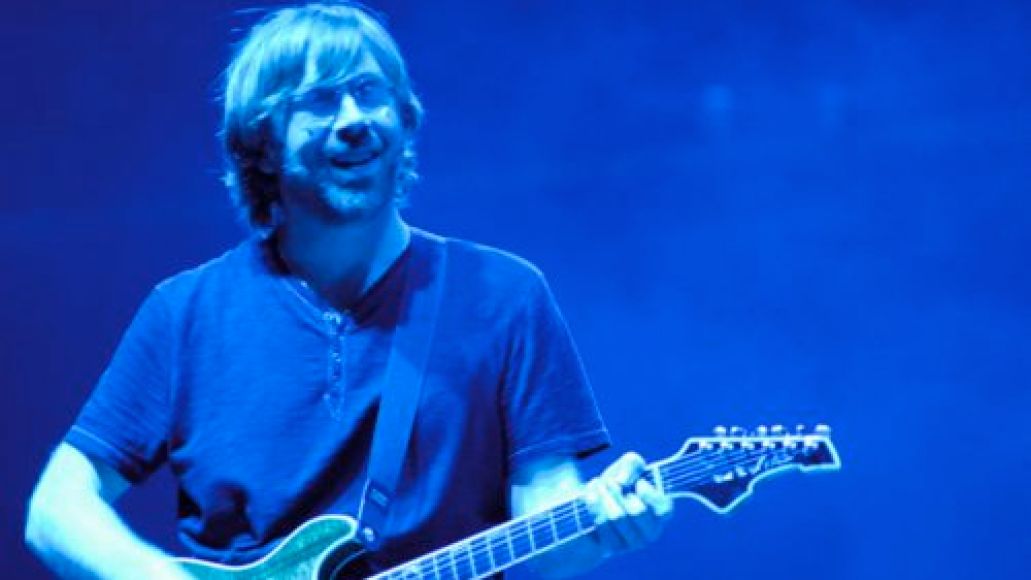 The Festival that was Bonnaroo '09: Day Four