For those of you out there divided in the saga that is Van Halen, well, the next chapter of it just got a lot more interesting. For starters, after a lengthy interview with Rolling Stone, founder and guitarist Eddie Van Halen recently spilled the beans on not only a brand new Van Halen album (the first since 1998’s dismal Van Halen III) but some other interesting tidbits as well, including the future of the band and former bassist Michael Anthony’s departure. 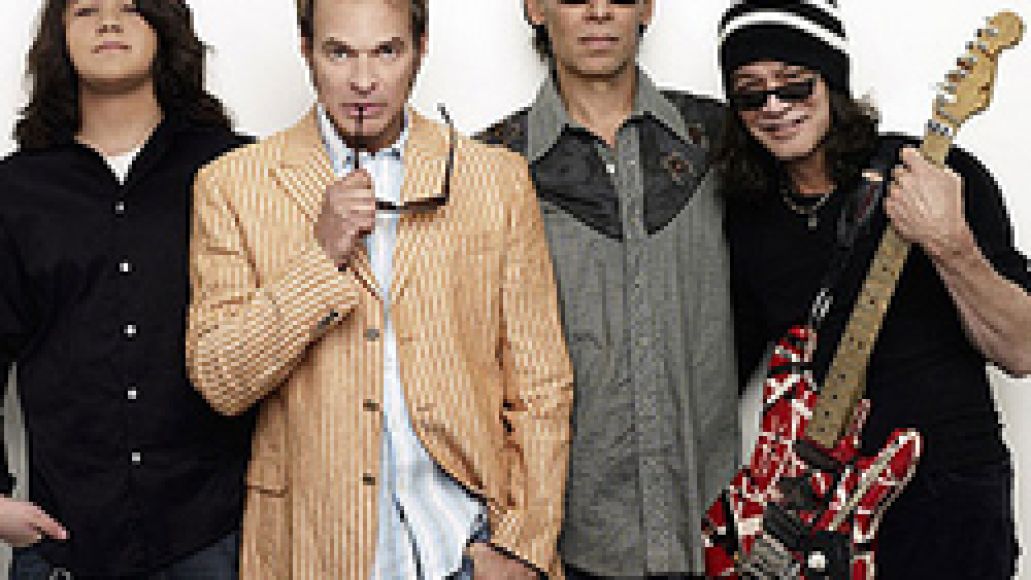 As we mentioned before, both former singer Sammy Hagar and Anthony play in Chickenfoot. This doesn’t faze Sir Eddie one bit, as he has explained that his son Wolfgang is now the band’s permanent bass player:

You make your own music?

Yeah, I’m too busy doing my own thing. I wish them well. The funny thing is that everyone who quits the band always claims they got fired by me. Hey, I’m not the bad guy here. When Hagar left the band, Mike went with him. Then when we get back together with Dave, and all of a sudden, he wants back in. It’s like, “No, dude, you quit the band.” So my son became the bass player. But we didn’t give Mike the boot to have my son play. He was around. We didn’t have a bass player. “Hey Wolfie, you want to play?”

What about the lead singer? Well, for those of you who took Roth’s side, you’re in luck. Capping off a recent successful tour (actually the band’s highest grossing tour in their career), Roth will sing on the band’s newest record due sometime in 2010. Yes, that is correct…Diamond Dave is back in action!

Flare up those assless chaps, tune up those Frankestein guitars and be prepared for some serious overdue great stuff to come from Van Halen. It may not be 1984, but damn I’ll take a prolonged 25-year absence than nothing at all.

Van Halen picks up where 1984 left off