Justin Vernon has been filling ears will chilly hymns under the Bon Iver moniker for some time. His soulful vocals and cool atmospherics have developed him quite a fanbase since his 2007 release, and subsequent 2008 re-release of For Emma, Forever Ago. Lucky for us, we can expect even more of his icy falsetto when he lends it to a new collaboration, to go by the name Volcano Choir. The group, which began even before Vernon started Bon Iver – the collaboration dates back to the summer of 2005 – sees Vernon teaming up with longtime friends/fellow Wisconsinites Jon Mueller, Chris Rosenau, Jim Schoenecker, Daniel Spack, and Thomas Wincek, all of whom you may know from Collections of Colonies of Bees.

Their debut effort, titled Unmap and due out September 22nd on Jagjaguwar, looks to combine the beauty we have come to expect from Bon Iver, with the creative abstraction that Collections have brought to the table. Put together late last year, the nine-track effort is said to feature influences ranging from David Sylvian and Steve Reich to Mahalia Jackson and Tom Waits, all of which result in material offering the “vibe of some intimate backwoods gospel, plus a spirit of patience and thoughtful repetition.”

The Vernon side-project has yet to yield any news of a tour, but a tracklist for Unmap is available below, as is the album’s artwork, which looks like something out of M. Night Shyamalan’s The Village. 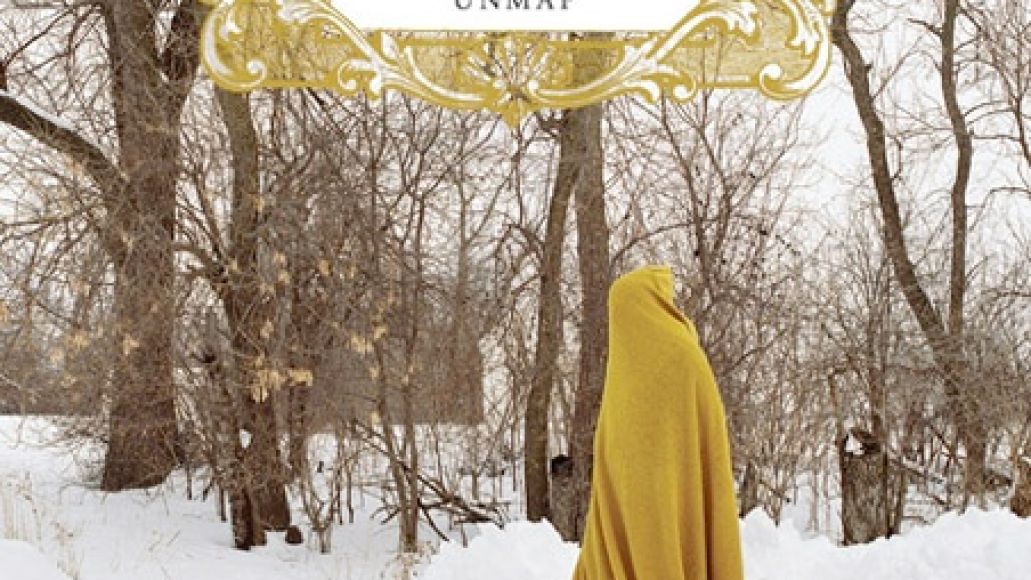