Monday night’s Bob Dylan, John Mellencamp, and Willie Nelson concert at Consol Energy Park— home of the Washington Wild Things minor league baseball club — had the vibe of a festival. Each fan who clicked through the ballpark turnstiles had an act he or she was most eager to see. However, with three living legends on the bill, each artist’s contingent was at least curious and often enthused to check out the other sets. So, whether folks were there primarily to see a voice of a generation, a cougar, or a redheaded stranger, no camp of fans was even remotely considering ducking out early or wandering too far off while another icon took the stage.

I’d be remiss if I didn’t comment on the novelty of watching a concert in the friendly confines of a minor league baseball park. The stage was set up in right-center field, and fans were able to watch the show from either the actual playing field or the more relaxed stadium field boxes. The pastoral setting, free children’s passes, and general admission seating made for a low-key, come-and-go-as-you-please atmosphere that was a breath of fresh air from the more corporate summer concert venues. Even in the realm of rock ‘n’ roll shows the old adage holds true: There’s no better way to spend a summer evening than at the ballpark.

The Bob Dylan Show, as this tour is called, really does try to give fans a full evening of music for their entertainment dollar. The Wiyos, a Brooklyn-based quartet, opened the night with a 30-minute set that was equal parts country blues, hillbilly swing, and jug band. The band’s updated take on traditional American music types was a fun warm up, and the crowd seemed to enjoy the chance to see a kazoo (and cup), megaphone, and upright bass take center stage over guitars for a change. The highlight of the set had to be when lead singer Michael Farkas produced and played an instrument unlike any other — a washboard outfitted with several percussion devices and multiple horns. As a novice musician who struggles to play the simplest of notes on the simplest of instruments, watching Farkas’ manic, one-man-band demonstration was truly dizzying and a unique way to kick off an evening. 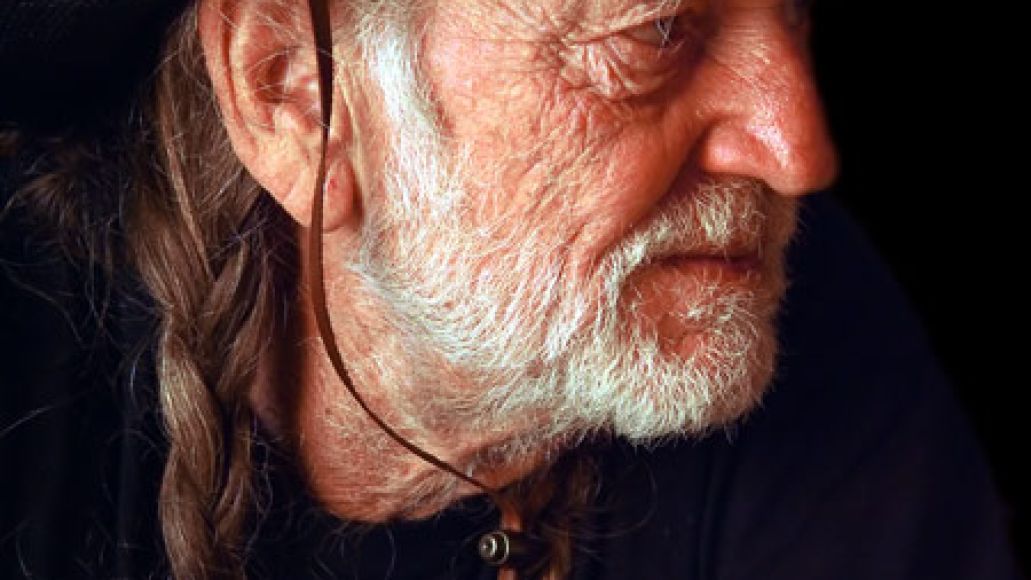 I’ve seen Willie Nelson and Family about a half-dozen times now, and the shows have all blurred together in my memory over the years. If Dylan’s credo is “He not busy being born is busy dying,” Nelson’s is surely “Don’t fix it if it ain’t broke.” No, Nelson is not out there on stage to experiment or reinvent himself anymore. He runs out his hits and takes time to point to or wave at every single person in the crowd. But that’s what a Willie Nelson concert is about. It’s about the long-braided hair, red headbands, bio-diesel bus, busted-up and autographed guitar, and watching a near octogenarian still deliver on songs we all know by heart. The act may be old, but it has never grown tired.

Nelson played for about an hour, mixing in classics such as “Georgia on My Mind” and “On the Road Again” with newer hits like “Beer for My Horses”. Always a family man, Nelson gave his band plenty of opportunities to shine. Bobbie Nelson delivered an old-timey piano solo, Mickey Raphael got several harmonica spotlights, and Nelson’s son Lukas Autry sang lead vocals and delivered blistering guitar solos on a standout cover of Stevie Ray Vaughan’s bluesy “Texas Flood”. But make no mistake about it. It’s Willie’s show, and the best moments of the set were when Nelson was center stage and delivering on ballads like the always heartfelt “You Were Always on My Mind” in that sincere voice that has endeared him to millions.

I’ve never understood the frequent dismissal of John Mellencamp as a “poor man’s Springsteen.” While he may share common influences and even subject material with “The Boss,” Mellencamp definitely has the songwriting chops and hits to rival any act going and has made his indelible mark on modern rock music. Even if you can’t name a single Mellencamp song, you’ve undoubtedly heard a dozen or more of them countless times on the radio, in movies, and in commercials. So, given his importance to our musical vernacular, I was eager to finally see Mellencamp live for the first time. (Apparently, Tavis Smiley was also stoked, as he was present and filming for some reason during Mellencamp’s performance.)

While Mellencamp may be playing an abbreviated set on this tour, Monday’s show was neither short on hits nor energy. Classic rock staples like “Pink Houses”, “Crumblin’ Down”, and “Rain on the Scarecrow” sounded as good as ever, as did a solo, acoustic version of “Small Town”. For those seeking a rarity in the set, Mellencamp played “Take Some Time to Dream”, a simple but moving ballad, for only the third time ever live. A big part of the set’s appeal was how Mellencamp got his band involved in the fun. It’s clear that Mellencamp sees himself as part of a band, not as a solo act, and as a result, band members bounced around all over the stage and took their turns being spotlighted. If the Wiyos and Willie Nelson warmed the crowd up, it’s clear that Mellencamp and band kicked the evening into high gear. 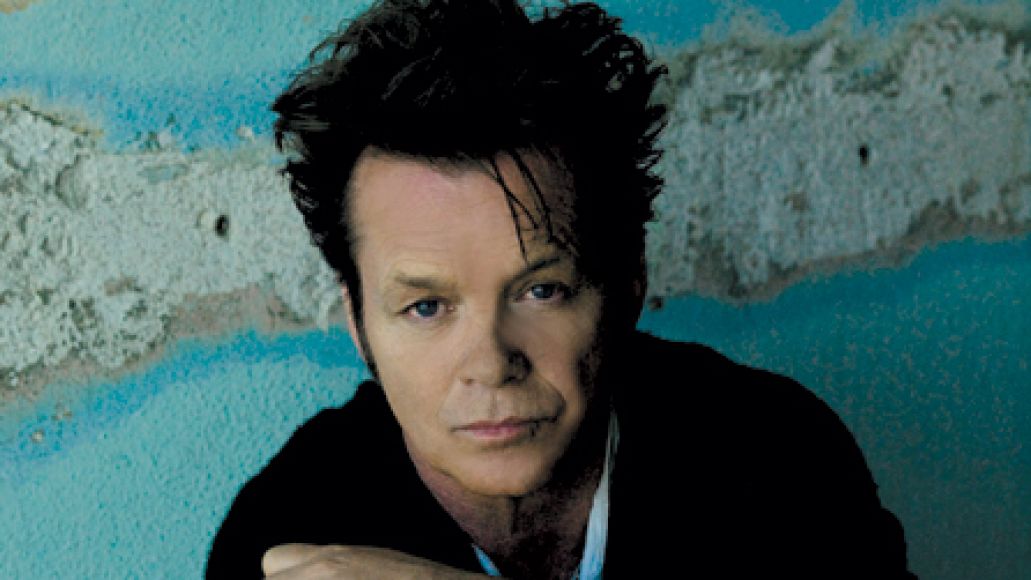 As the sky grew dark, the crowd thickened for the forthcoming Dylan set. As always, it was interesting to see the mixed crowd of young and old equally pumped for Zimmy. (Two pre-teen girls behind me were squealing and breathing so hard that you would have thought the Jonas Brothers were due up next.)

Now, I’ve gone on record before as saying that Dylan will probably never “bring it” the way he did earlier this decade, and I have about a half-dozen so-so, recent Dylan concerts under my belt to base that opinion on. But after last night, I have to admit I was dead wrong. For whatever reason, Bob Dylan has been reborn on this tour. It’s not only that he’s back on guitar for a couple songs each night (“Watching The River Flow” and “It Ain’t Me, Babe” last night), but also that he’s found a youthful energy that a man of 68 years has no earthly business rediscovering. Dylan busted a move behind his keyboard, strutted up to greet the audience, traded smiles and nods with the crowd, busted out laughing with his band during “Highway 61 Revisited”, and broke out the famous Bob croon on the lamenting “Nettie Moore”. All of this has been more or less missing for several years. 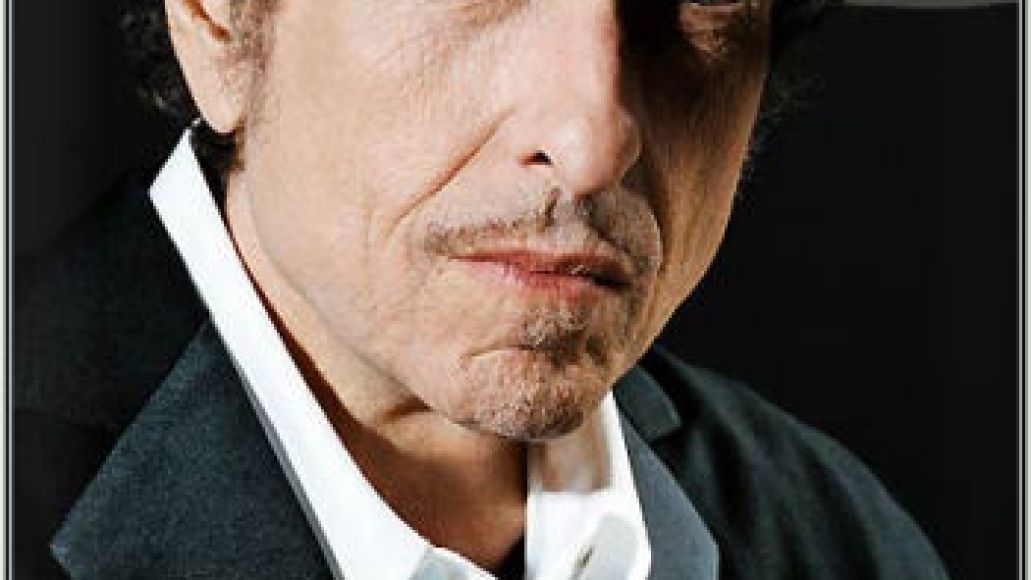 The set itself was tight. All night Dylan alternated between soft ramblers like “Po’ Boy” and “If You Ever Go to Houston” and rollicking blues, which included amped-up versions of “The Levee’s Gonna Break” and “Rollin’ and Tumblin’”. “It’s Alright, Ma (I’m Only Bleeding)”, as always, was a crowd favorite and has a funkier feel to it than on previous tours. “Like a Rolling Stone” and “All Along the Watchtower” were as gratifying as ever during the encore, and I think Dylan’s band has rediscovered its hard edge on “Watchtower”. Jimi would be proud.

The absolute highlight of the set was “Forgetful Heart”, a dark and foreboding track off Dylan’s latest release, Together Through Life. For this song, Dylan did something I’ve never seen him do before in all my years of attending his shows. He abandoned the comfort zone behind his guitar and keyboard and went center stage with only his harp in hand. There he conjured up the most powerful performance imaginable, peering into the crowd and nailing every last haunting line of the song. Lighters flickered during the song, and fans seemed spellbound at the sight of Dylan reinventing himself before their eyes. On one of Dylan’s newer songs, he sings, “I feel a change comin’ on.” Judging by the new-found energy and unmistakable joy displayed throughout Monday’s performance, I’m beginning to think something really has changed with Dylan. And it’s the kind of change that might signify that some of his best is still yet to come.

Bob Dylan Setlist:
Watching The River Flow
It Ain’t Me, Babe
The Levee’s Gonna Break
Po’ Boy
Rollin’ and Tumblin’
Forgetful Heart
It’s Alright, Ma (I’m Only Bleeding)
If You Ever Go to Houston
Highway 61 Revisited
Nettie Moore
Summer Days
Encore
Like a Rolling Stone
Jolene
All Along the Watchtower

The Bob Dylan Show swings for the fences in Washington, PA (7/13)