Flames exclaim, guitars wail, and confetti drops to the floor from the rafters above. Frontman Billie Joe Armstrong skips about on-stage, clapping his hands furiously as he amps up the crowd to scream, “Hey!” The thousands of fans squeezed into Chicago’s United Center follow suit — only with the utmost chaos. Adults spill beer on youths around them, while youths throw punches back with tenacity. Thanks to Green Day, bear witness to the 21st century punk show.

By now, everyone knows the Oakland trio, probably even your grandmother. After all, the past five years have been nothing but excellent for the band. Between the Grammy-winning, chart-topping, and radio-spinning 2004 comeback album, American Idiot, and this year’s equally impressive 21st Century Breakdown, the band reserves every right to be a household name. No feats come easy, however, and these boys work hard, both in the studio and on the road. Still in denial? Go Netflix their 2005 concert DVD, Bullet in a Bible, and witness for yourself. They rock, they lead the crowds — no, pulverize them — and yet still retain some of that authentic modesty they trademarked back in ’94. No wonder every child in America adores them. 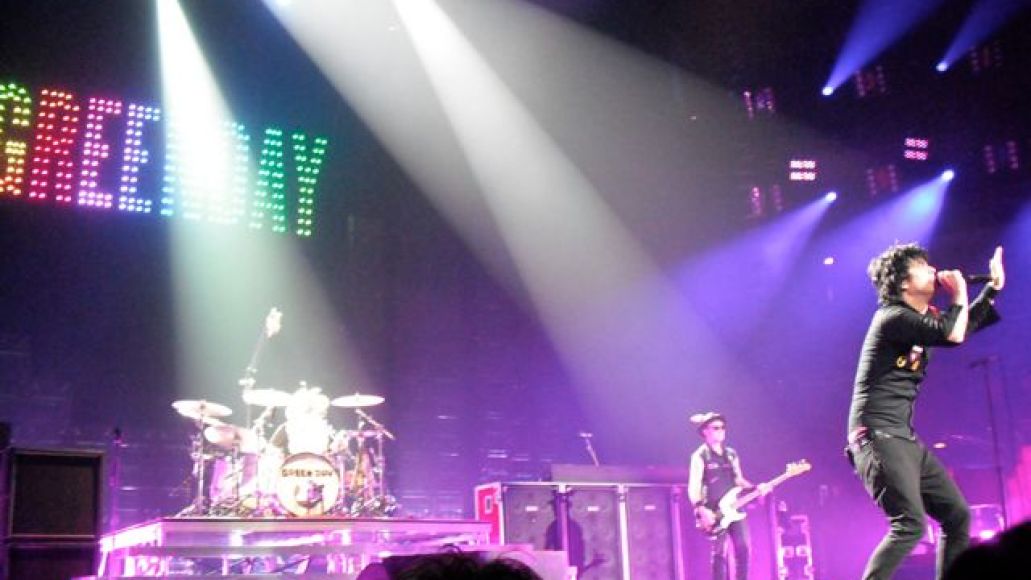 That’s partly the problem, though. This show belongs to the youth of today, and there’s nothing revelatory about that. Aging, die-hard fanatics came to this harsh realization back in ’04, when they probably threw up a little in their mouths as the band flooded Hot Topic and just about every CW-endorsed television show. Nothing new there. So, why bring it up? Well, in a sense, the band leans too hard on this demographic, and it’s a bit exhausting.

Throughout the night, Armstrong calls upon fans in the crowd, beckoning to them for help. Much like 2002’s Pop Disaster Tour, and even the American Idiot tour, the punk rock frontman gingerly invites lucky fans to play along with the celebrity crew. This slot used to be saved for their cover of Operation Ivy’s “Knowledge”. This tour? They do it just about every other song. Naturally, it’s fun to watch the reactions of these lucky fans, especially the kids, but in some respects, it’s only saying one thing: We’re getting too old for this shit.

On “Longview”, Armstrong forgoes the vocals, instead allowing one male fan and another female fan a chance to rock out to the slacker anthem. Very fun. In fact, towards the end, the female attempts a stage dive, only to slam right into the nearby security guards, to which Armstrong jokes with a scoff, “That was the worst stage dive I have ever seen.” Later on, during “Jesus of Suburbia”, he tries out a few others to sit in for guitar, eventually choosing a wee fan, who manages to kick some rock ‘n’ roll ass. Again, it’s cute, but it makes you wonder, especially as an older fan, “Should I even be here any more?” 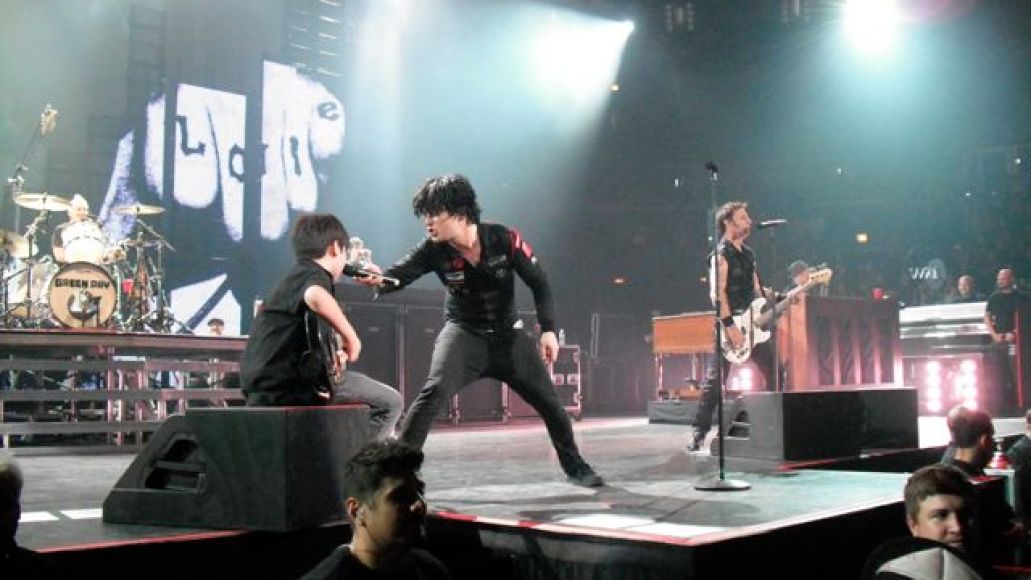 The truth is, yes. Green Day still carries the proverbial torch when it comes to owning a rock show and there’s not many shows like it these days, save for maybe the Foo Fighters arena-rock blowout. Drummer Tré Cool and bassist Mike Dirnt continue to provide one of the industry’s most entertaining rhythm sections and even touring member Jason White adds some flavor these days. Only on this tour, some may experience deja vu.

Save for the new material culled from 21st Century Breakdown, the set list hardly strays from the Idiot tour. Some might say they cut and pasted the former set lists. This is a tragedy, especially given the astounding set lists during their recent secret shows — performances that had fans crying and hyperventilating. Not that we need to pick and choose from the dusty pile of Kerpunk or 1,039/Smoothed Out Slappy Hours, but some variety would be nice. Did we really need another go-around with “King for a Day”? Couldn’t “Hitchin’ A Ride” sit out for a bit? Doesn’t the band carry another tune besides “Good Riddance” to close out the show?

Sure, of course, but that would be straying off the beaten path. Instead, the band chose to play it safe. In some measures, this is a better show than those in ’04 and ’05. “Know Your Enemy” lifts the crowd off its feet for a good three minutes, “Before the Lobotomy” creates a sea of fists and a storm of screams, and “American Eulogy” whips back Armstrong to the guitar for some jolly ol’ punk rock again. These differences amount to a new field of play, one where the band continues to amplify its name and raise that ever-arduous hurdle of success. Whether or not they jump it is arguable, but judging from the chaos in the pits, the infinite age-morphing merchandise lines, and the legion of Idiot-idols that all flooded the trains shortly after, the trio hasn’t a thing to worry about. Risky or not, Green Day continues to tear the house walls down, pillar by pillar and generation after generation. Watch out. Duck and cover. Know your enemy. 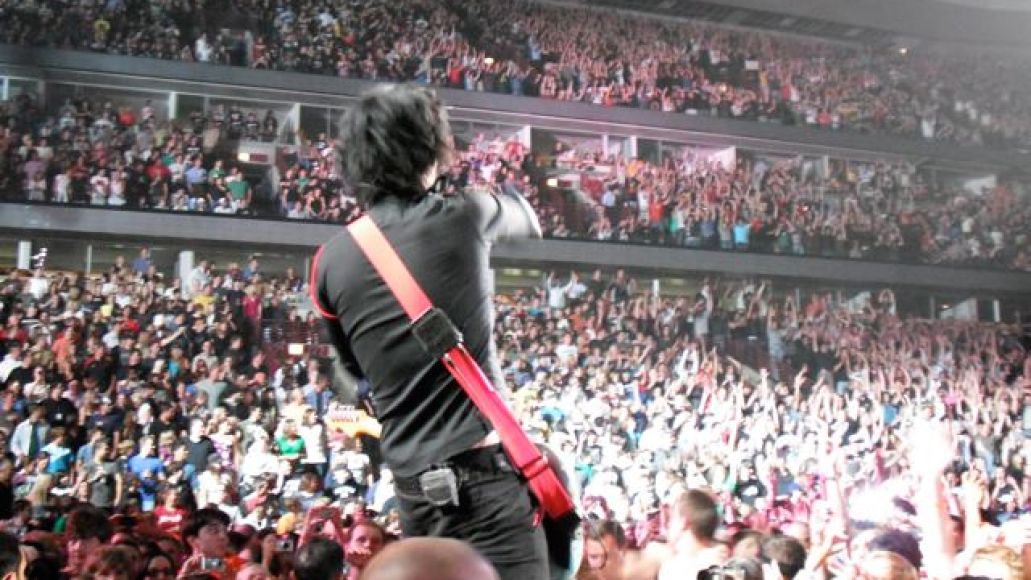 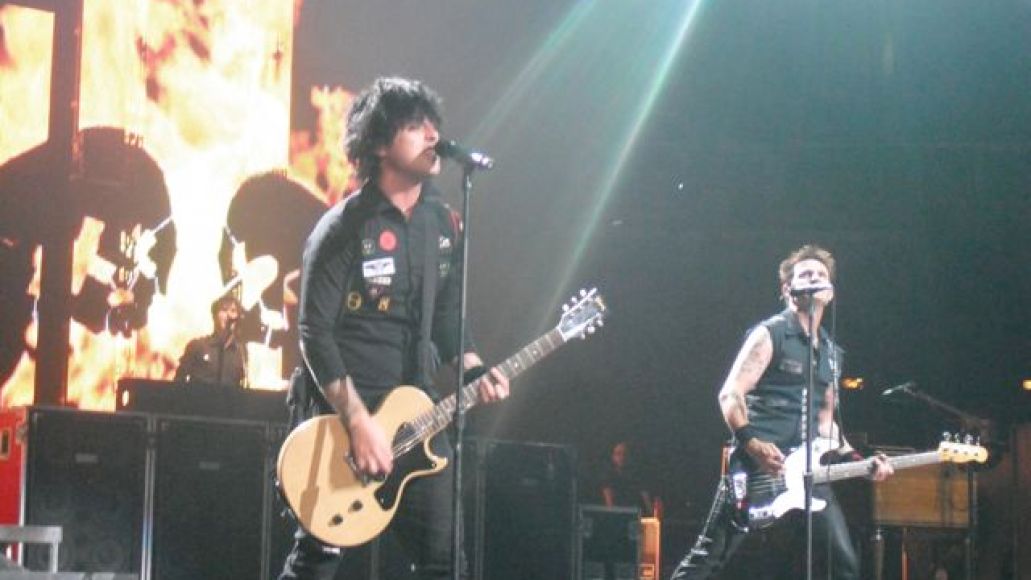 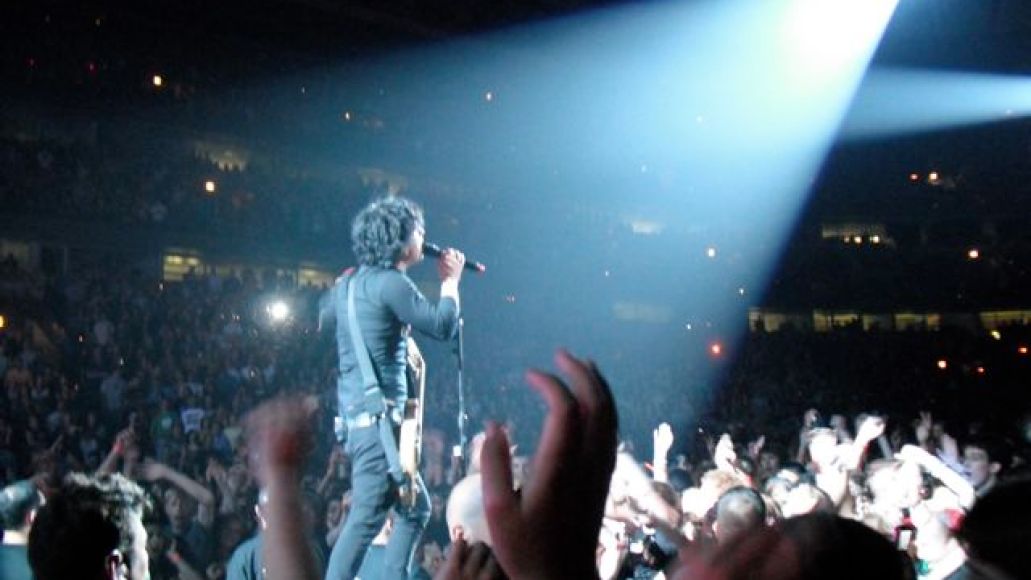 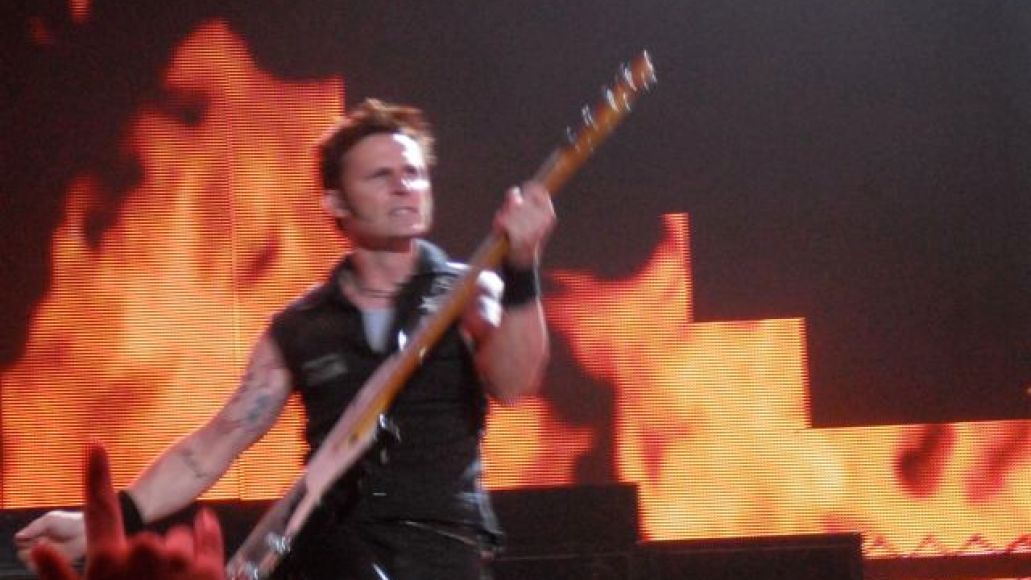 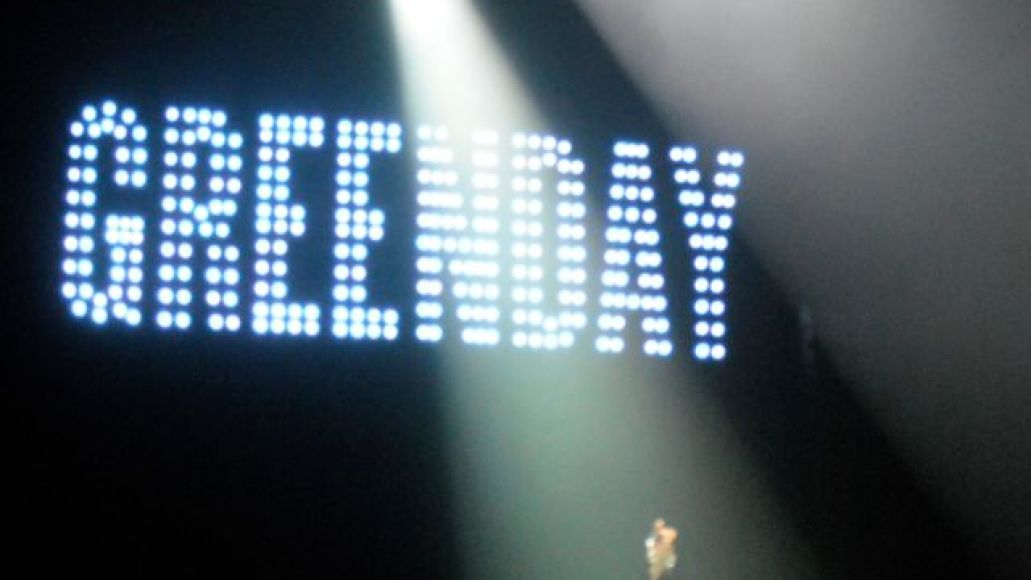 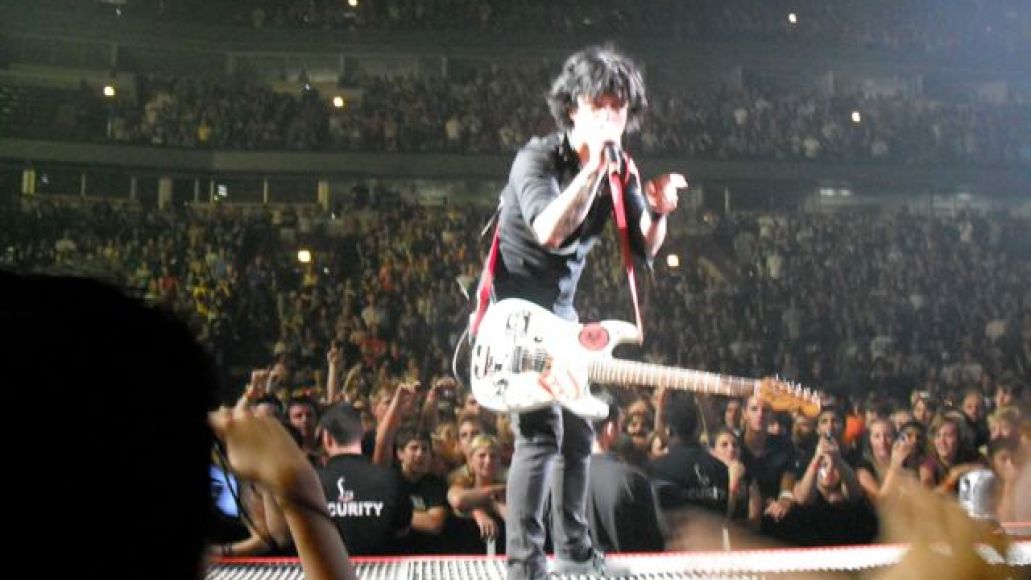 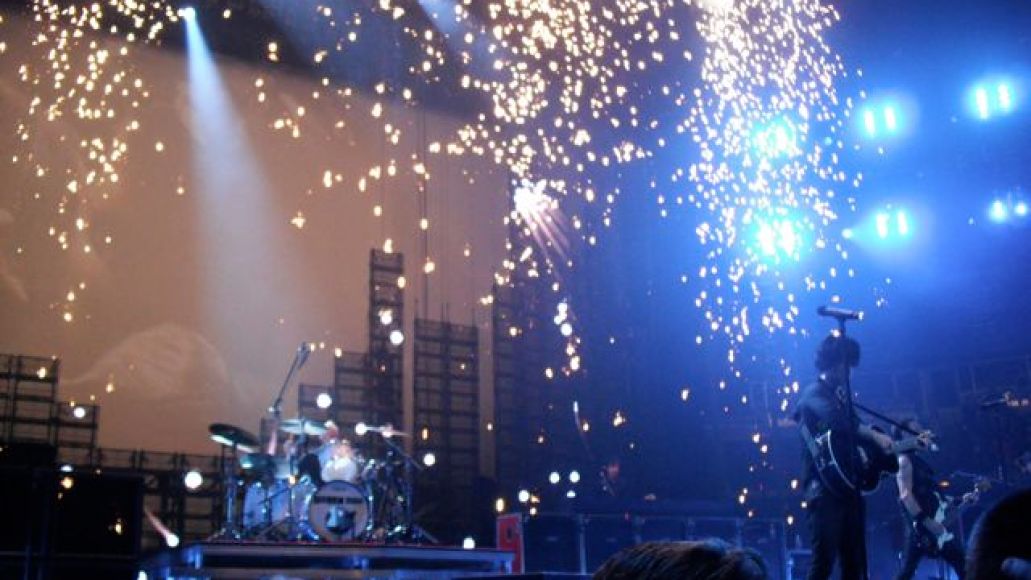 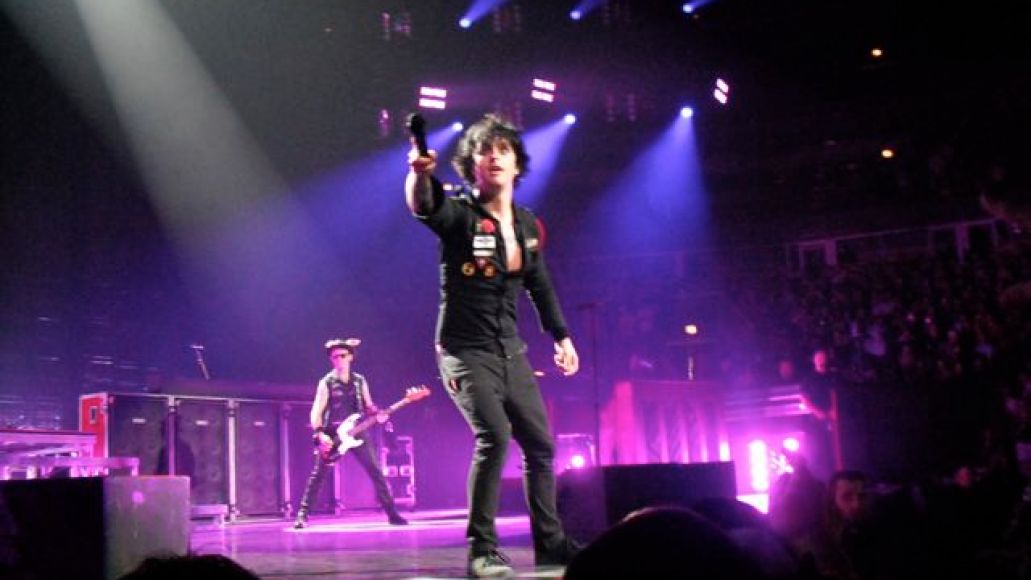 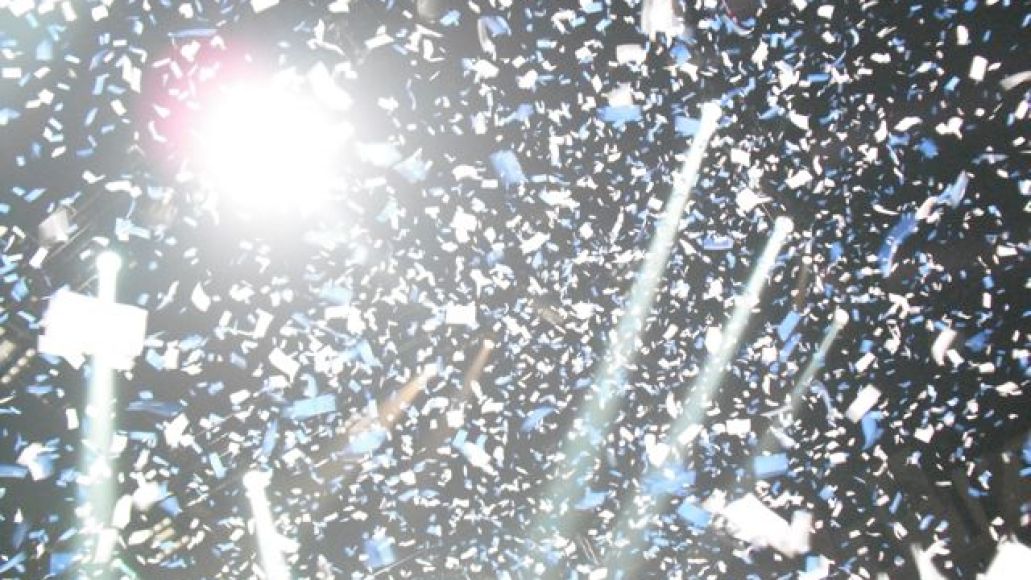 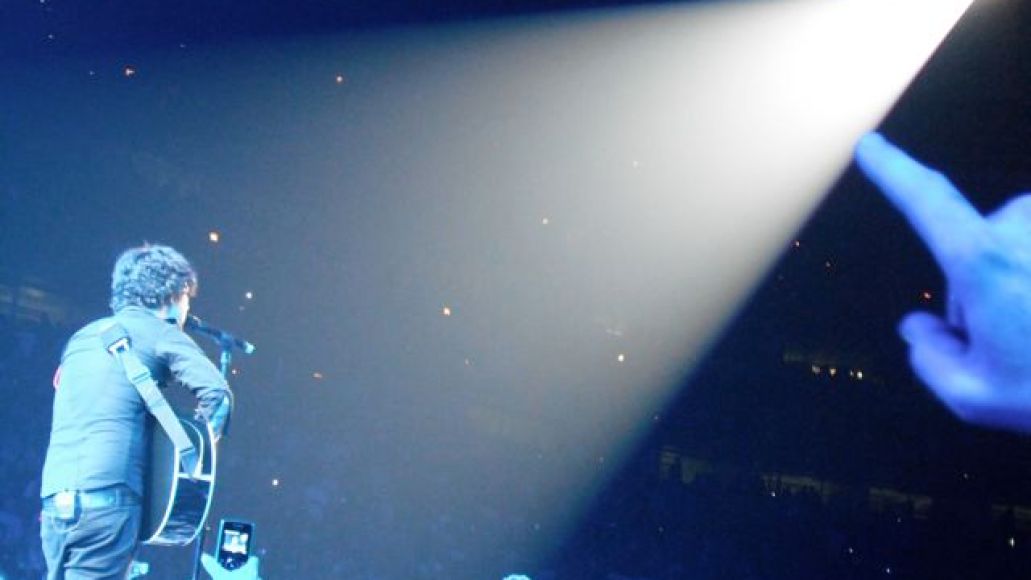