It’s 2 a.m. The weatherman warned about a heat wave tonight. You have to wake up early to pick something up at the store before work tomorrow. You’re lying in your bed, the hot summer air pounding against your closed window. “Why isn’t the air conditioning working?” you wonder to yourself. Your dry, scratchy comforter grows tangled around your limbs as you toss and turn, in search of some level of comfort. Your body feels wet from perspiration, and you want nothing more than for your bed to transform into a bathtub filled with cold water.

Yes, it is the summer… and it can get uncomfortably hot. We’ve all had those undesirable summer nights, when somebody screwed with the A.C. and your home has turned into a sauna. The humid summer scorcher is inevitable for most, and it’s the one downside to an otherwise glorious season.

Luckily, music can provide us with some sort of sonic remedy. Well, not really, but there are a whole bunch of songs out there that possess a somewhat-aquatic characteristic. Whether it’s the subject matter, production values, or a complex combination of everything, many songs can transport listeners into a dark, cool, underwater safe haven. For this edition of List ‘Em Carefully, I have compiled what I believe to be the best songs of this type. They are cool, refreshing, murky, and as far from that hot bed as it gets. The songs are ranked by water-likening qualities. Of course, this is a very subjective list, so feel free to throw out songs you think would fit the mold.  Thanks, and drink up! 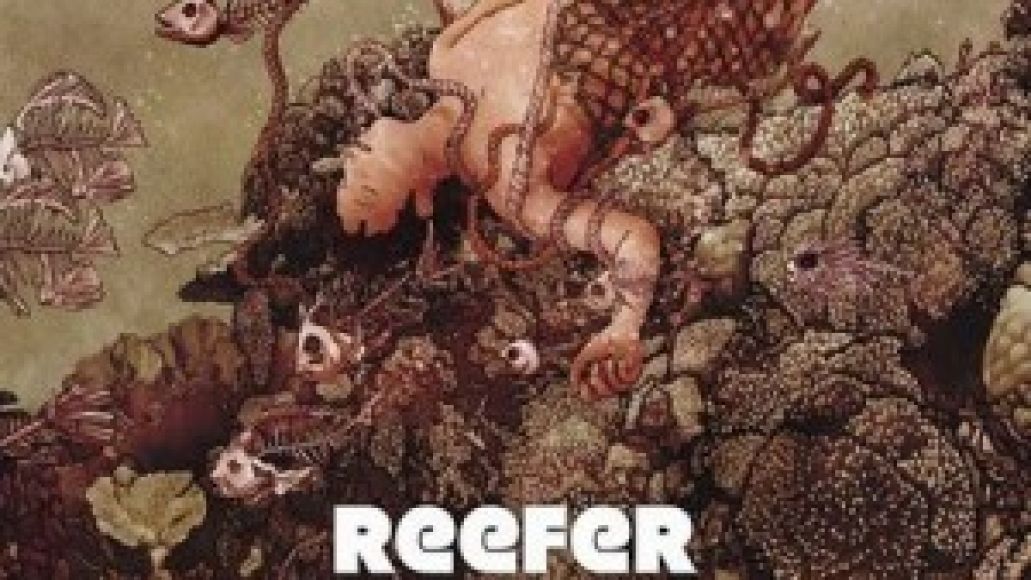 This track is an obvious one. One of the many side projects of former Unicorns/current Islands frontman Nick “Diamond” Thorburn, Reefer sees the songwriter teaming up with hip hop producer Daddy Kev for a record crafted in isolation Hawaii’s Maui island. The tune begins with the explicit sound of waves and water, and features wah wah vocal effects to capture the Hawaiian spirit. Pretty contrived, but nonetheless fitting.  It fades out with the tides and is a good conclusion to a relaxing, refreshing list. 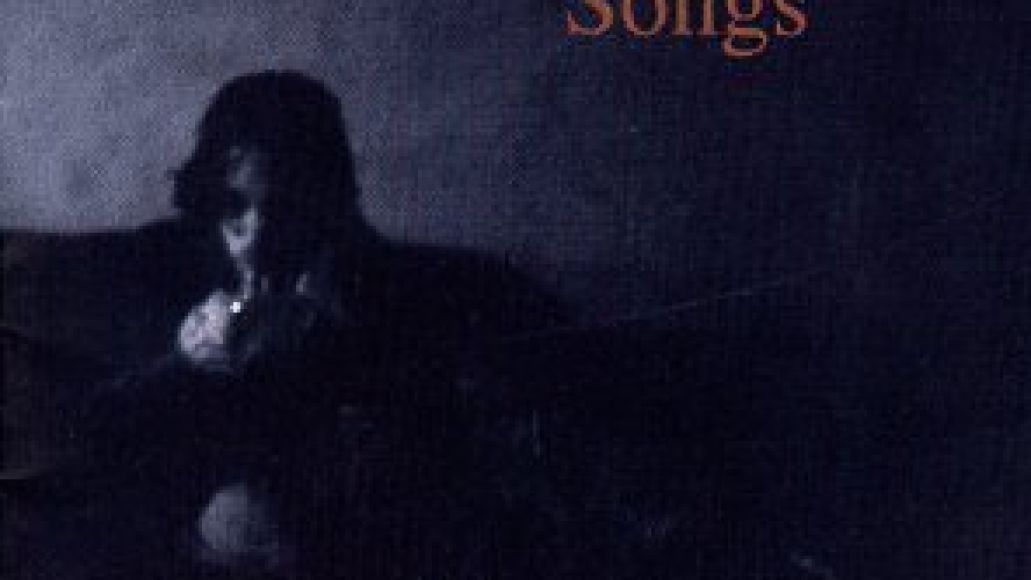 Soft strings emit a chilly, serene aura at the track’s start before Jonathan Donahue’s whimsical lyrics depict a woman who “tossed all night like a raging sea” and “collapses down upon the ocean floor.” Then drum cymbals and synthesizers crash into you like a tidal wave of tranquility. This song may not have the same aurally wet feeling as some of the others on the list, but it certainly is every bit as refreshing and cool. 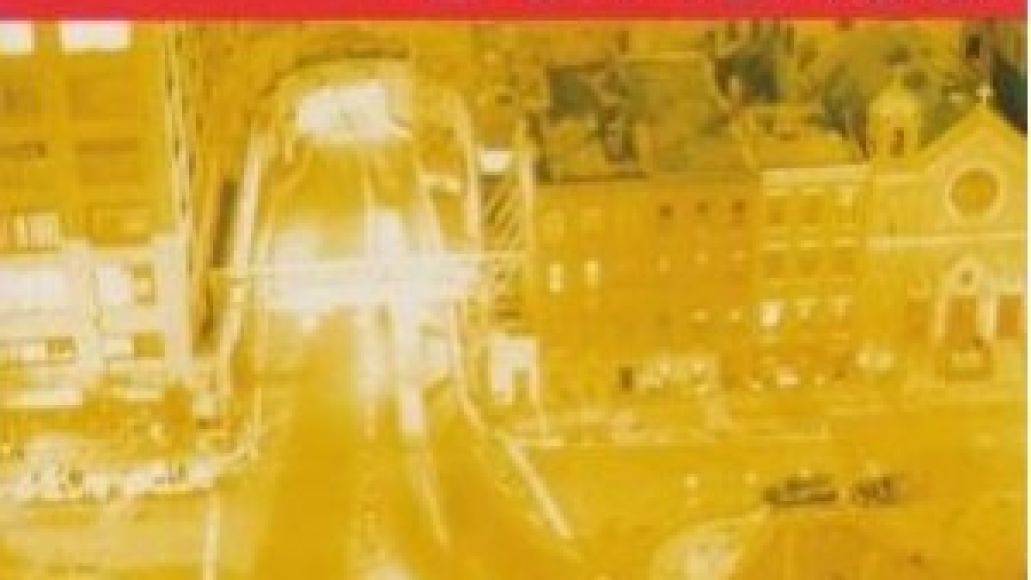 Everything about this track drifts and swashes amidst an overall dissonance that’s hard to process. It’s like Georgia Hubley and Ira Kaplan threw a bunch of noises into a whirlpool, turned off the power, and recorded the sounds of it slowing down. Muffled drums provide the rhythm as Kaplan whispers his words. Layer upon layer of screeching feedback and muted distortion surround Hubley’s haunting vocals, a blend of sounds that will simply cut into your soul. This track is what Sonic Youth would sound like at the bottom of the ocean.

7. Pink Floyd – “Speak to Me/Breathe”
Dark Side of the Moon 1973 Harvest/Capitol/EMI 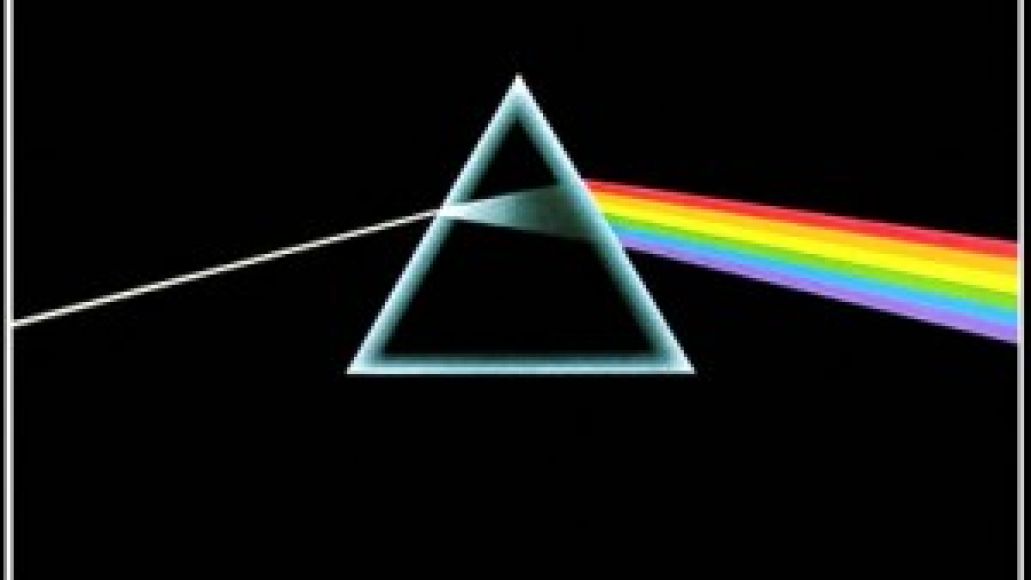 Once the sounds of cash registers, sinister chuckling, and a spine-chilling scream pass, a flourish of jammy psychedelic rock smacks you over the head. Beginning the now legendary Dark Side of the Mood is a short, dreamy trip through a sea of psychedelia. “Balanced on the biggest wave,” Gilmours’ voice is like a floating feather on a rocking ocean of bass, delicate guitar, and eerie volume swells. It’s no surprise stoners will never shut up about this album. Not to mention, one of the dudes’ names is Roger Waters.

6. Grouper – “Heavy Water/I’d Rather Be Sleeping”
Dragging a Dead Deer up a Hill 2008 Type 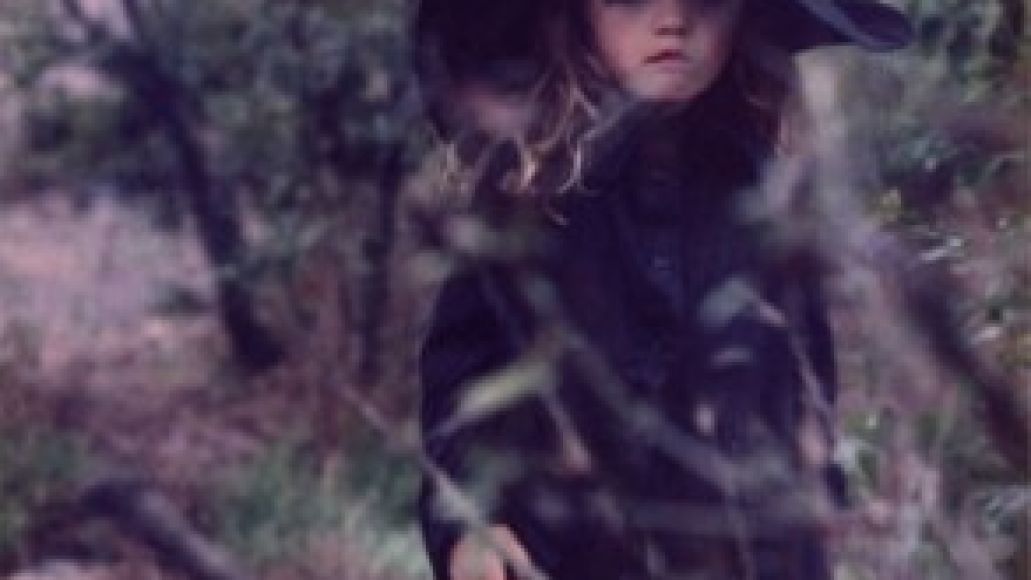 Liz Harris recorded this song in a room walled by water. Either that, or she’s really good at making it sound like she did. I guess it’d have to be the latter. Harris blankets everything with fuzzy air, causing all else to sink beneath the surface. Her echoey vocals, resonating acoustic guitar, and the static droning that surrounds it make this short track as refreshingly chilly as they come. 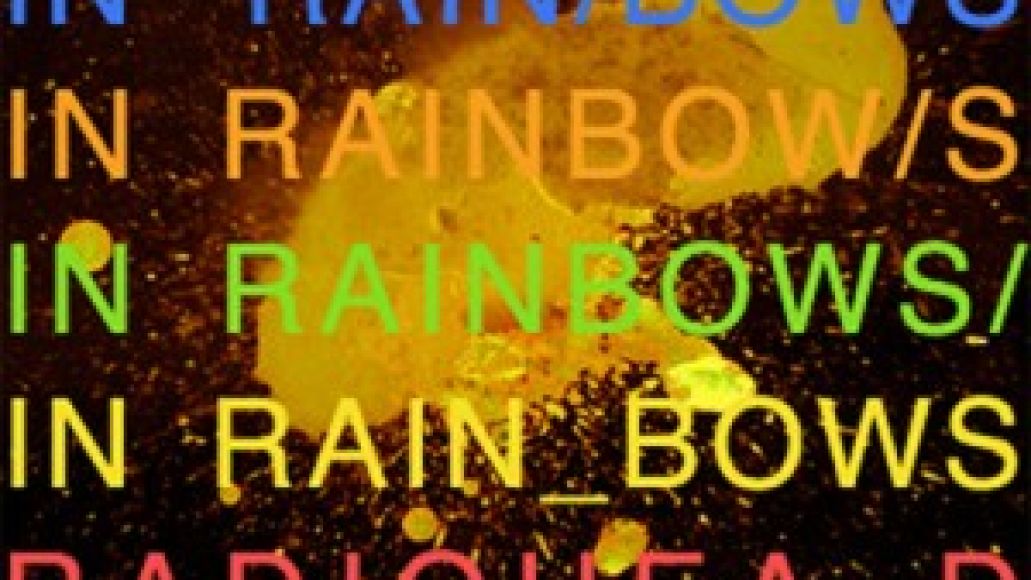 Backtracked Thom Yorke enters, crooning. Colorful Phil Selway drums join. From the onset of “Nude”, we’re hit with an impossibly luxuriant underwater lullaby. Volume swells sound like dolphins picked up on sonar.  Echoed tones cling on to Colin Greenwood’s sexy bassline, and fingerpicked electric guitar drips into the open spaces. As the warm strings grow louder, you can almost picture Yorke and the guys floating underwater, Selway’s cymbals crashing waves. “Weird Fishes/Arpeggi” may have the lyrics, but this track captures the murky ambiance. 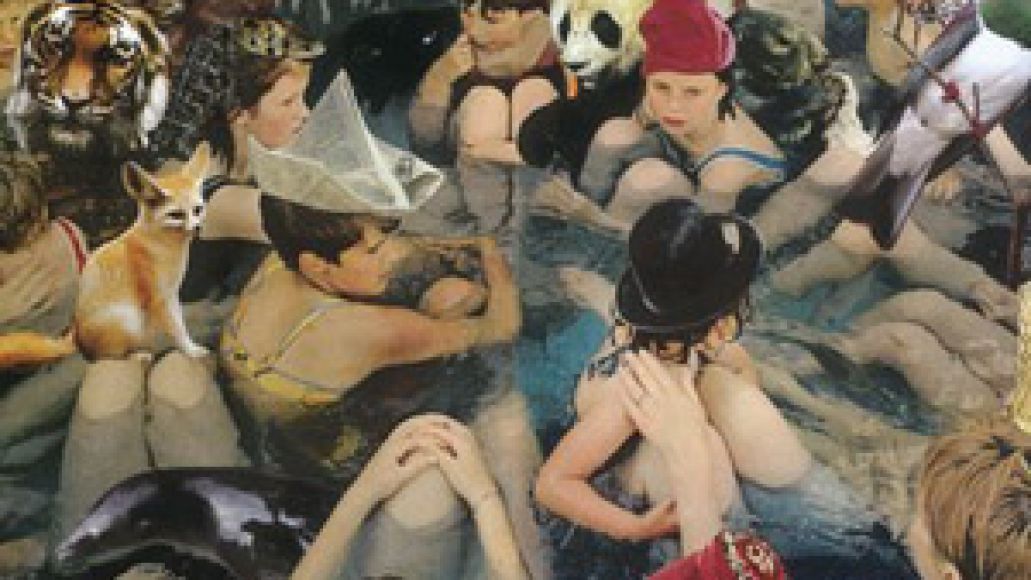 Noah Lennox found some sounds of water drums, thunder, weird machinery, and people splashing in a pool. He edited these splices together, looped them into a crazed-out musical backdrop, and sang over it all. The result is sheer brilliance. The noises found here could be from all over the world, but you’d never know.  Lennox makes you feel as if all these songs were made to coexist with one another, threading them together to form a lush, Brian Wilson-infused track that sounds the auditory equivalent of your childhood summers at the pool. He may be singing about the downside to over-medication, but as far the track’s sound goes, you can swim around in it. 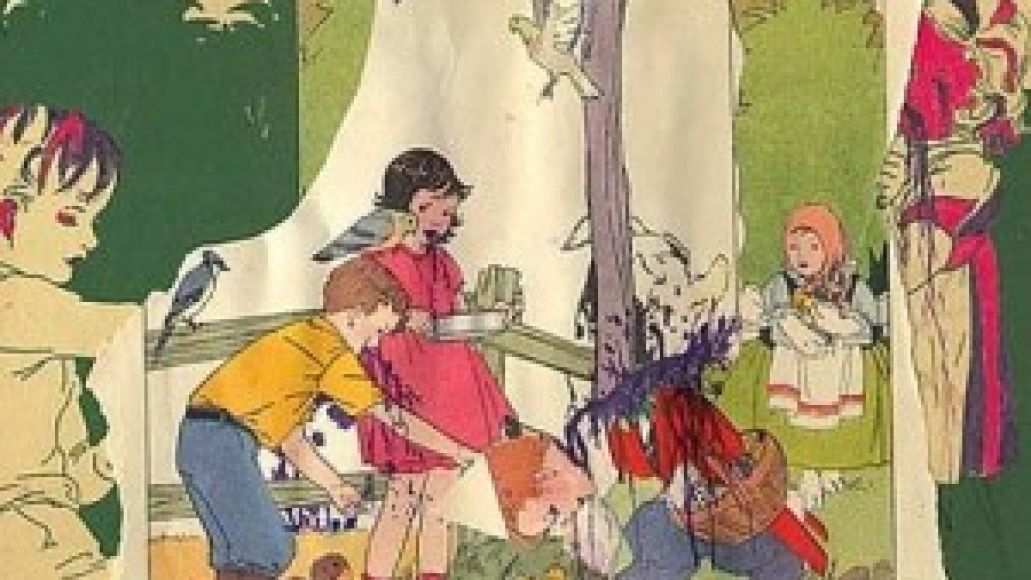 Though the majority of Animal Collective songs retain an oceanic feel, one of the best of their water-fueled psychedelic tracks has to be the lovely “Loch Raven”. I could name dozens of other songs from any AC era that fits the mold, which made the decision a difficult one, but “Loch Raven” seems to capture the sounds of cooling off best. I’d love to pick “Summertime Clothes” or a dozen of other AC tracks, but I think “Loch Raven” is a good starting point. It’s hard to tell just what instruments and sounds are being sculpted into this liquid dream, but whatever they are, the outcome is magnificent. Before the electronics took hold and made everything noisy, Animal Collective was pretty damn good at capturing serenity on tape. Of course, the boys probably spent a lot of time listening to the number one spot on this list, but they brought something new to the table with it. 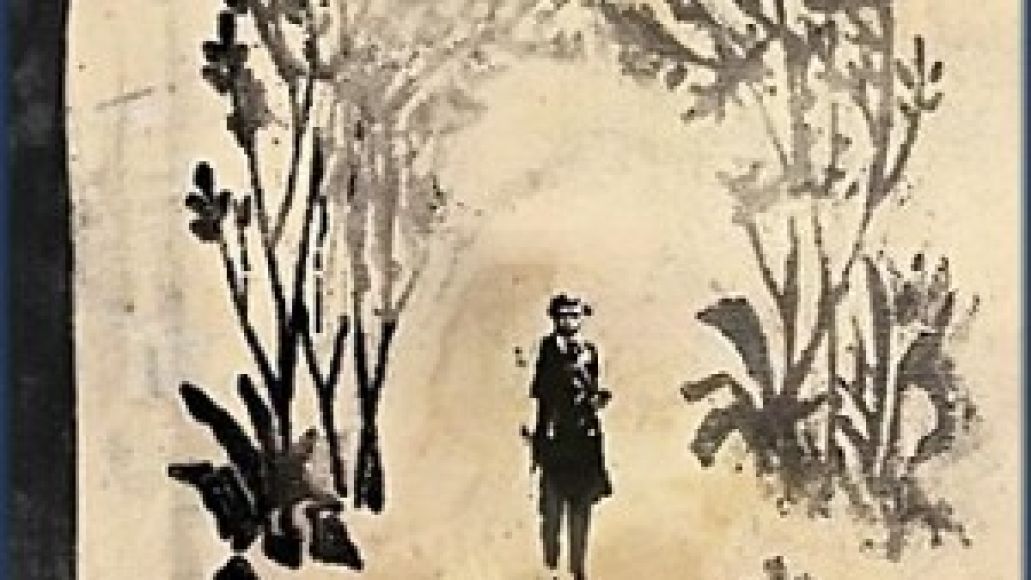 From 2005’s Takk… , this song actually sounds as if it were recorded at the bottom of the Icelandic ocean. What comes across as somebody thumping atop the water’s surface combines with Jón Ãžór “Jónsi” Birgisson’s gloriously sharp falsetto to create a place that could only exist on an auditory level. Clicks, chimes, instrumental whale cries, and xylophones all add to the track’s dreamy soundscapes. The thing wraps you up in a haze of water-drenched static and doesn’t let you go until you’ve drowned in its depths. If this is what Iceland sounds like, book me a one way ticket ASAP. 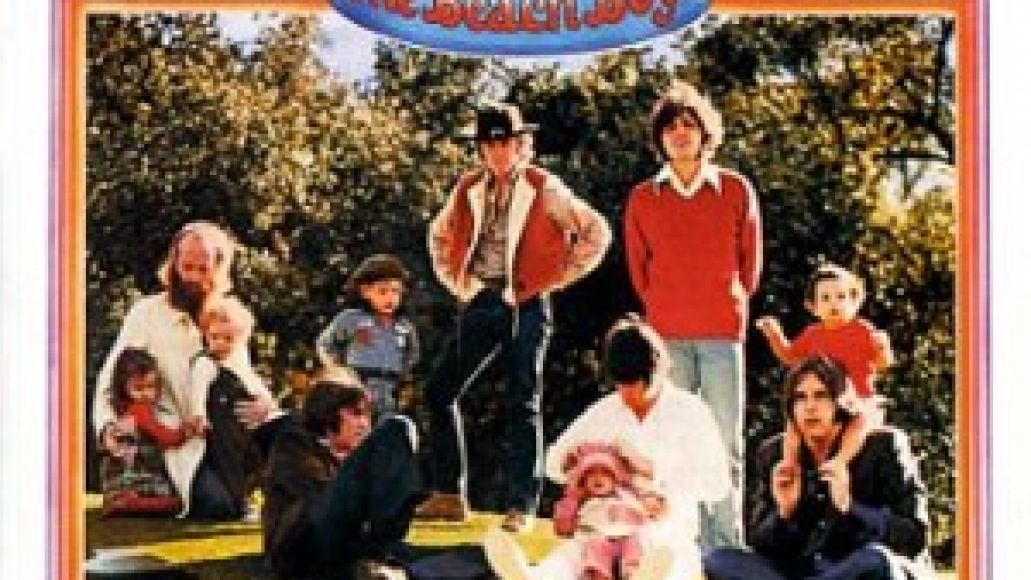 What begins as an exercise in Beach Boys a capella soon turns into a tripped-out exploration through the sounds and feelings associated with cooling off in, well, water. The soft, breathy vocals play with each other and fade out before static builds into waves that wash against your eardrums. Close your eyes and for a brief minute it actually sounds like you are underwater, with the Beach Boys whispering in your ears. From 1970’s ever-so-psychedelic Sunflower, it’s one of the trippier Beach Boys tunes, with the boys harmonizing with onomatopoeia galore. The clever “drip, drip, drip” combines with actual water drips and Wilson and Love chanting, “cool, so cool, cool.” They sing: “In an ocean or in a glass/cool water is such a gas… When the nights are too hot to keep cool/I keep on dreamin’ ‘bout a swimming pool.” The effects and production on the track are ethereal.  It’s an all-over-the-place song from the Beach Boys that can cool you off and weird you out in equal parts. It’s no “She’s Going Bald,” but still, this is crazy stuff.