What do Abraham Lincoln and Blink-182 have in common? Thanks to up-and-coming American pop act Chester French, much more than they should. You see, the band, on tour with Blink this summer, named themselves after American sculptor Daniel Chester French, who yes… sculpted the statue of Abe sitting in the Lincoln Memorial. 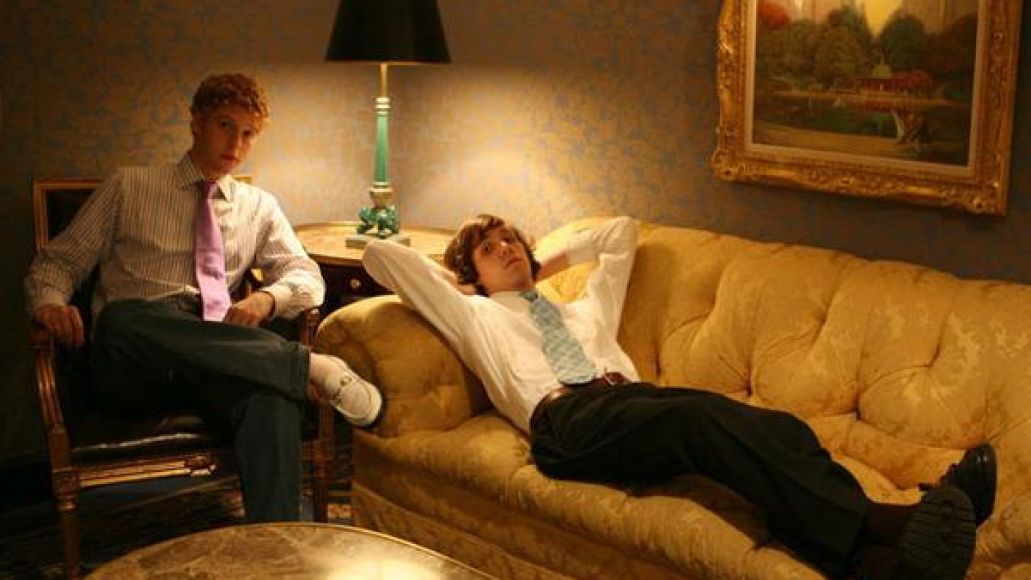 Between appearing on one of the hottest tours of the summer to showing up in the bread aisle with radio darling Asher Roth, Chester French is no longer an unknown. So with all of these names thrown around the group, you may have guessed the duo of Maxwell Drummey and D.A. Wallach, who hail from Cambridge, Massachusetts, is far from being “indie-friendly.” However, for those interested in finding a fairly intelligent, fun, alternative to Phoenix and Grizzly Bear, the duo does provide an interesting punch.

The bands first full-fledged album, Love the Future, was released by Star Trak/Interscope records in April, and reached as high as 17 in internet record sales. Of course featuring one of the top dance songs of the year so far (“She Loves Everybody”) didn‘t hurt. The absurdly catchy call to safe sex may seem to negate the aforementioned intelligence, especially with lyrics like, “she craves affection, so I use protection,” but what could be more clever than getting a safe sex message out to the 16-22 year old demographic. That’s just morally sound.

And just because they dabble in the “afternoon special” bucket, doesn’t mean they’re all squares. “Bebe Buell” may leave the more dance-y elements at the club, but the sugary sweet-pop hooks, the same kind Fountains of Wayne trademarked, suffice for an all around fun time.

For those looking for a free taste of the band, Jacques Jams Vol. 1: Endurance, a mix tape released before their official release, is available via the bands website. The mix features artists such as Pharrell Williams, Jadakiss, Talib Kwelli, Bun B, and Solange Knowles.

After providing tour support to the likes of N.E.R.D, Matisyahu, Common, and Lady Gaga, the diverse styles of the band clearly have an agenda on visiting many eardrums. With that in mind (or in your ears), give the band a listen now before you grow to hate hearing them three times an hour on your local pop radio station.