On this humid summer Wednesday, the AC in Ukrainian Village’s The Empty Bottle is pumping so hard the “Emergency Exit Only” sign at the back of the bar flaps fitfully back and forth. The crowd awaiting the arrival of New Zealand garage rockers The Datsuns is a mixture of old and young, simultaneously laid back and anxious. This is one of only a handful of stateside performances by the band as part of their short North American tour. The divey, yet charming and intimate venue seems a fitting home for the foursome’s caffeinated punk-pop songs.

But first up is the surf-garage rock trio, Turbo Fruits. These sons of Nashville unleash their kinetic songs for a too-fast half hour. Lead singer Jonas Stein — accompanied by band mates Zack Attack and Wez Taylor — tears through the churning “Volcano” and the onomatopoeic “Murder”, both from the group’s self-titled debut album. Before leaving the stage, Stein thanks The Datsuns, with whom the Turbo Fruits had been touring with for the past few months. 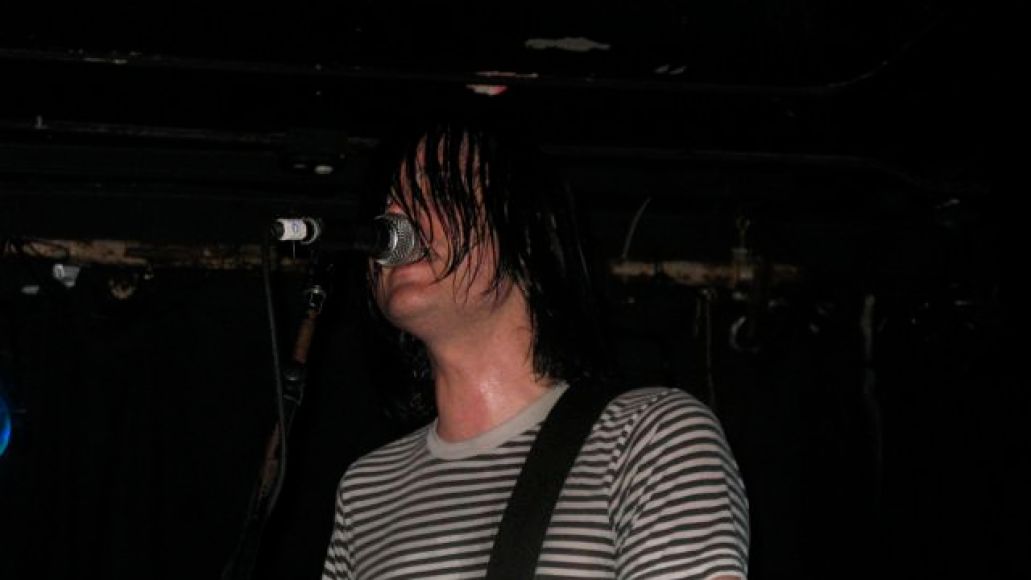 30 minutes before midnight, The Datsuns take the stage and raven-haired lead singer Rudolf de Borst beckons the seemingly shy spectators toward the stage. “Feel free to move closer,” he amiably encourages in his Kiwi accent; and the crowd, which had previously milled around like shy kids at a school dance, happily obliged. Rare for a show in such a small venue, there was plenty of room to move around and thrash to the music. Indeed, two 20-something girls next to me take full advantage of the space hopping around like pogo sticks for the duration of the performance.

The quartet — rounded out by guitarists Phil Buscke and Christian Livingstone and drummer Ben Cole — immediately plunge into “Yeah Yeah Just Another Mistake” from the band’s 2008 album, Headstunts. They then gun through “Hey! Paranoid People”, as one particularly ardent fan rolls his head around in time with the music so much that I feel sure it’s going to snap off. By the time the band charges into the meaty riffs of “Your Bones” (also off Headstunts), everyone is singing along to the catchy “whoa-oh-ohs” in the chorus. 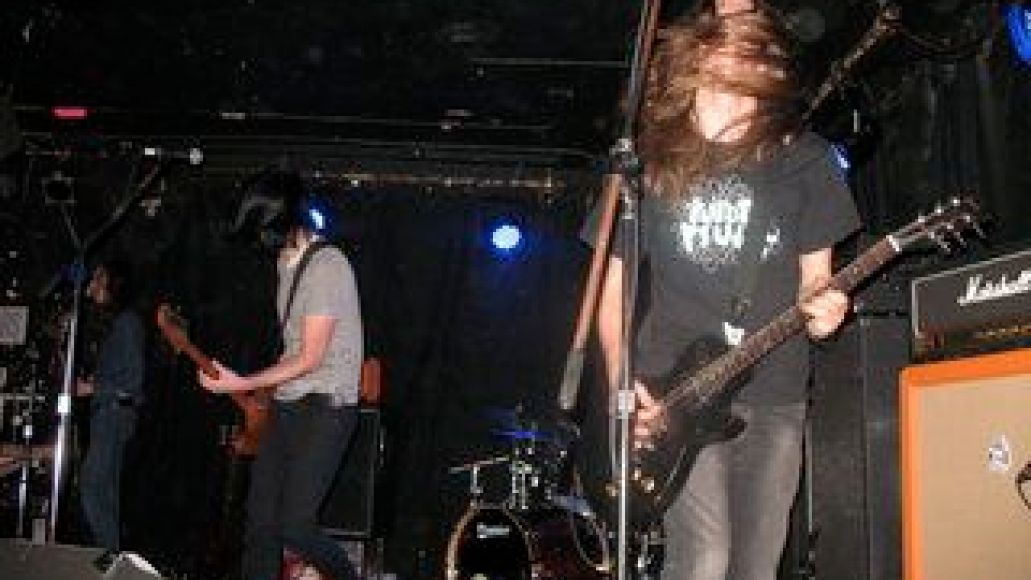 On stage, de Borst cavorts like a dervish, all hair and limbs. And I notice that every time I try to take a picture of either guitarist, I can barely get a glimpse of their faces, so obscured are they by tangles of hair. At the drum kit, Cole wails away seemingly oblivious to everyone and everything around him.

Things simmer down for a bit as the band launches into the seething “Eye of the Needle”. The slow burning track begins calmly, as de Borst sings, “Run through the eye of the needle” through his barely open mouth, before climaxing in a crescendo of distortion, wails and, yes, more hair!

The band doesn’t leave fans waiting too long for their hits, reaching back into their catalog and ripping through crowd favorite “Motherfucker From Hell”, with the audience screaming along to the scorching chorus “Damn woman makes me oh so blue/like a motherfucker from hell”. They follow that with “Girls Best Friend” and some of the awed spectators reward the band with a round of beers. The show winds down with the propulsive “Stuck Here for Days” from their 2006 EP of the same name.

Finally, they close out the festivities with a seven-plus minute version of “Blacken My Thumb”, after which de Borst thanks the audience and tour mates the Turbo Fruits before departing the stage. As I step out on to Western Avenue, it’s almost 1:00 a.m., but with the songs still ringing in my ears, I feel like tossing my head and imitating some whirlygig dance moves.

The Datsuns sweat it out at the Empty Bottle (7/22)