Given the pace Weezer works off of, at least in terms of new material and touring, one would think the California beach boys take it easy once and awhile. Hell, frontman Rivers Cuomo took 10+ years to finish college, right? But this past year, the self-professed nerd gods are doing anything but that. Sure, they’re about to hit the road for that much-hyped Blink-182 reunion, but no, there’s more — including a new studio record. 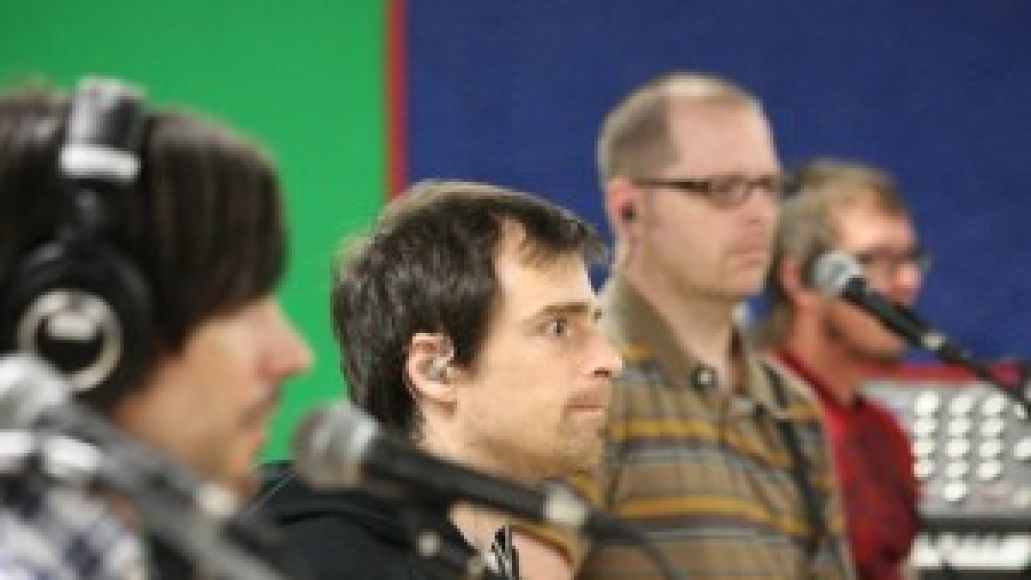 Yesterday, the band announced through their official site that they are working on another new album — its seventh in all– and that it’s almost complete. Yes, only a year after they released Weezer (The Red Album), the band is back with new material. For doubting fans (there’s plenty of ’em), the band also promises a Deluxe Edition of Pinkerton and “a to-be-announced special non-physical release.” What the hell does that last part mean? Maybe an In Rainbows-esque Radiohead-like release. Exciting, huh? Yeah, it’s like Christmas for Weezer fans, and Cuomo is ol’ Saint Nick.

But unlike Saint Nick’s time table, fans don’t have to wait for the goods. Now available online is Weezer (The 8-bit Album), a tribute to Weezer all in beautiful 8-bit audio (y’know like those old NES games?). So, if you can manage to listen to tinny bells and whistles, the whole thing is currently available for free online. What’s more, and in a case of doing something by not doing anything, Sugar Ray‘s July 21st release Music For Cougars will feature a cover of the never-before-released “Love Is The Answer”, an unused, unearthed track from the band’s Make Believe-era sessions.

It’s good to know Cuomo’s making the most of his degree these days, huh?

Check Out:
Weezer (The 8-bit Album)