Most soundtracks act as mere garnish to the films they grace. However, on the album that accompanies the 2004 Zach Braff directed dramedy, Garden State, the songs often prove integral to the movement of the plot. Not surprisingly, Braff compiled the soundtrack himself, and he does a masterful job of matching the alternately whimsical and melancholy mood with the tone of the film. In fact, the soundtrack functions as a solid album in its own right.

From its opening, Garden State uses music to tell the story of Andrew “Large” Largeman’s (Braff) return to his unnamed New Jersey hometown, after a short-lived film career in Los Angeles. On hearing about his mother’s sudden death, Large prepares to head home for the funeral by opening his pill-filled bathroom cabinet to the strains of Coldplay’s “Don’t Panic”. The scene makes a less than subtle point about the character’s state of mind; he’s over-medicated, anxious, and swimming in a sea of his own malaise. 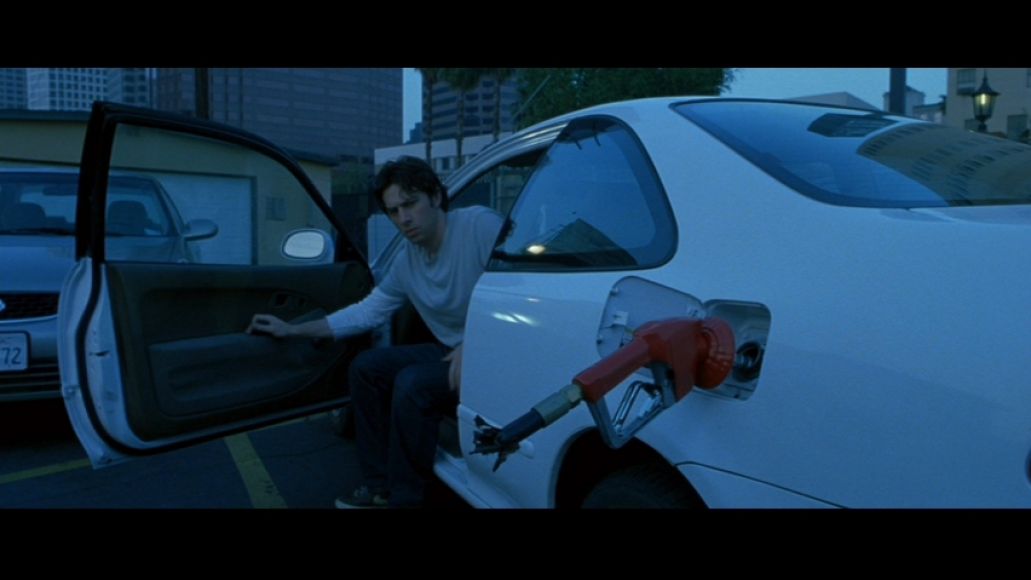 A similar effect is achieved in a later scene where Large takes his motorcycle out for a late-night ride as the eerie whistles of The Shins’ “Caring is Creepy” play in the background. Here, it’s worth noting the significance of The Shins’ music in Garden State. When Large meets Sam (Natalie Portman) in a doctor’s waiting room, they hit it off when she introduces him to the band’s song “New Slang”. “You gotta hear this one song,” Sam tells Large. “It’ll change your life I promise you.” Once she places headphones around his ears, Large and the audience are treated to the sound of the sublime tune (“New slang and a curse for this town/were all in my mouth”). On the strength of this endorsement, the band’s profile was raised considerably.

Elsewhere, Colin Hay’s grizzled vocal on the acoustic “I Just Don’t Think I’ll Ever Get Over You” evokes the tentativeness of Large’s own self-discovery and his budding romance with Sam. In addition, Iron and Wine’s gentle “Such Great Heights” channels the film’s subdued angst.

But indie rock isn’t the only genre represented on this album. Down-tempo duo Zero 7’s lilting “In the Waiting Line” hovers over a drug-induced game of spin the bottle among Large, his friends, and some of his friends’ friends. Meanwhile, “Lebanese Blonde”, by Thievery Corporation, punctuates the pivotal scene near the film’s denouement in which Large, Sam, and his friend Mark (Peter Sarsgaard) charge into a Target-style store for a bizarre caper.

Braff’s college friend, Cary Brothers, chimes in with a loping country-folk tune called “Blue Eyes”. It’s a fine song, but I’m not sure what it’s doing on this soundtrack. On the flip side, Simon and Garfunkel’s “The Only Living Boy in New York” accompanies one of the film’s most whimsical moments. As Large gives Sam a ride home on his motorcycle, the godfathers of folk croon, “Half of the time were gone but we don’t know where/And we don’t know here.”

Braff chooses one of the soundtrack’s standout songs, Frou Frou’s “Let Go” to accent the film’s final scene. It’s fitting that this mid-tempo charmer closes the film. When singer Imogene Heap intones, “there’s beauty in the breakdown,” you’re left with both a feeling of closure and one of limitless possibility.

Throughout the film, Braff maneuvers these 13 songs to provide the perfect accompaniment to the emotional discovery and catharsis at the heart of his directorial debut. As you listen to it long after watching the film, Garden State: Music from the Motion Picture does what the best soundtracks should — it evokes not only specific scenes, it also evokes the overall feel of the film.