Let’s get one thing straight, whether or not you like ska music, it’s impossible to be upset at a concert featuring some of the happiest music on the planet. No matter what’s going on in your world, getting down in the pit and watching people dance like idiots is highly infectious. That being said, the colorful line up of Reel Big Fish, The English Beat, and The Supervillains not only brought fun jams and plenty of skanking to the Pageant in St. Louis, but also an amazing display of skillful musicianship, albeit filled with hilarious, moronic banter.

It’s hard to see how anyone would think The Supervillains would live up to their name. They’re hardly enemies, what with songs about getting high, drinking Jagermeister, and slumming with herpes-infested girls from Iowa. It’s no surprise that the crowd moved, or moshed, or mingled about. It’s jovial, though no one could expect the lovefest that came with one English beat.

Celebrating their 30th anniversary, The Beat brought “the goods”, no doubt reaching many new ears in a crowd that, as vocalist Antonee First put it, “were probably conceived to many of these songs.” In the short one hour set, the two-tone ska band tore into all of their singles from the ’80s, including, “Hands Off She’s Mine”, “Mirror in the Bathroom”, and “Can’t Get Used To Losing You”. Lead vocalist Dave Wakeling gushed with British charm, and the crowd licked it up, as many kept dancing even after the song had come to a rousing finish. 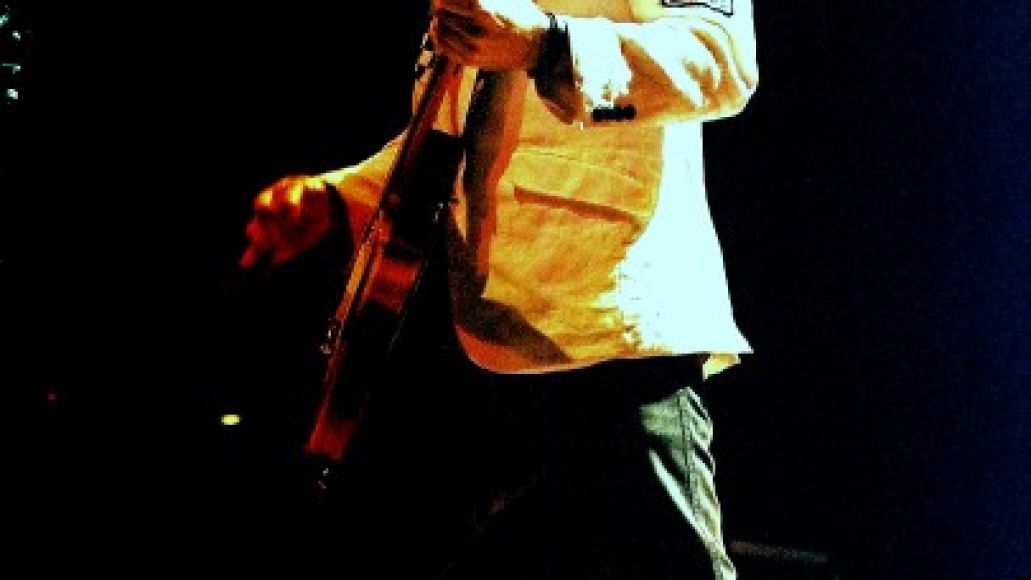 But what a perfect lead-in for Reel Big Fish. Losing no time, the band jumped out on stage to their cover of A-Ha’s “Take On Me”. With the help of trombone player Dan Regan and trumpeteers John Christianson and Scott Klopfenstein, frontman Aaron Barrett wailed out the notes and hooked the crowd in nano seconds.

As Barrett announced that they had in fact “written a new song for St. Louis earlier in the day,” the band plunged into a metal moment as they covered Metallica’s “Enter Sandman” for a minute or so, with the ever ready Klopfenstein on lead vocals. The song served only as a reminder to never underestimate a ska band, as Barrett shredded away on Hammett’s lead guitar parts with precision. Now in their mid 30’s, nobody in the Fish show signs of slowing down. Each member constantly moves around the stage, spinning, skanking and jumping to what adds up to be an hour and a half set.

The crowd’s just the same, too. When Barrett asked if “[they] needed a nap,” the crowd refused to rest, to which the band lurched on through covers off of this year’s Fame, Fortune, and Fornication. One highlight of the set included a sing-along moment on Poison’s “Nothin’ but a Good Time”, in addition to Van Morrison’s always-classic, “Brown Eyed Girl”.

Before you think of them as a cover band, however, the Fish did manage to dust off their extensive discography, as well. Everything from 2007’s Monkey’s for Nothin’ and the Chimps for Free back to 1997’s Turn The Radio Off were well represented. Fan favorites like “Trendy” to “a song about two hot ladies getting it on”, aka “She Has a Girlfriend Now”, hit all the right spots. Though the band tried, the crowd just wouldn’t let them get away without going through “Beer” and “Sell Out”, which filled out the final encore.

No one would leave The Pageant upset as they had their musical share of self empowerment, self love, and self satisfaction. Call the crowd selfish, but hey, life sucks, and at least they were happy. And when’s the last time you felt like that on a weeknight?