What do you get when you combine the melodic pop nature of D.C. based indie outfits Jukebox the Ghost and Exit Clov? But of course an “angular,” “abrasive,” “rude,” and “loud” new punk side-project called Drunken Sufis.

It certainly sounds hard to believe, but a “political conspiracy-themed” punk band, reminiscent of  the Minutemen, Fugazi, the Dismemberment Plan, Rage Against the Machine, and early XTC is what the crazy kids of the two outfits are involved these days. In fact, things are going so well that they’ve already got a debut full-length to their name, a 11-track effort entitled Americans Fuck. It is currently available on iTunes. 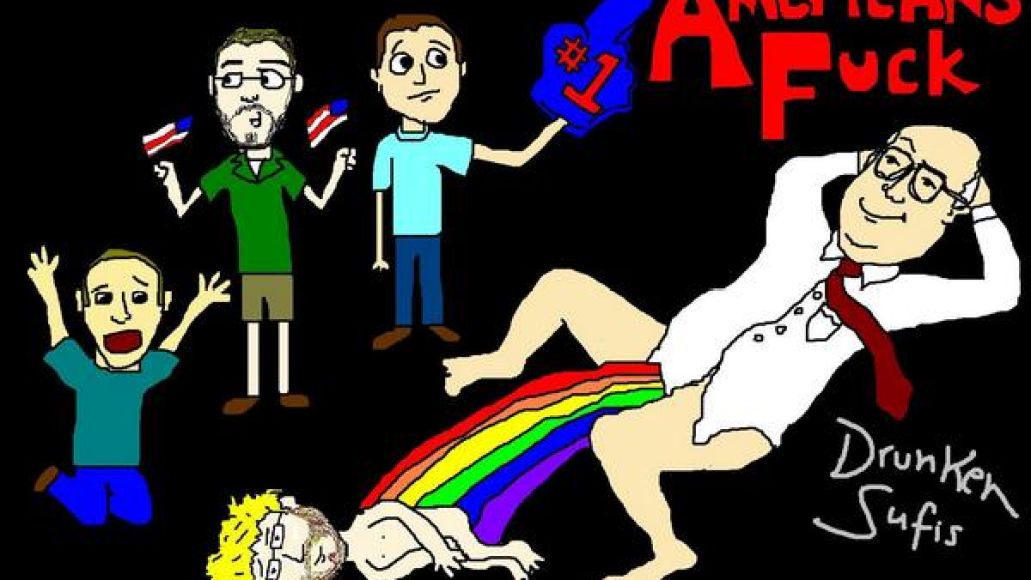 Included on the release, which will be officially recognized on August 30th at a record release show at the Cake Shop in New York City, are such tracks as “Dick Cheney’s Big Adventure”, “I Know Where AIDS Comes From”, and “Fuck the C.I.A.”, the latter of which you can stream below.

And if all that wasn’t enough, Drunken Sufis has already begun work on its sophomoric album and intends to release it right before Christmas. As the band notes, “Just in time for Christmas. Which is perfect — You’ll have to buy your mom something.”