After months of hype bombs, KISS has finally titled and set a date for its forthcoming studio album, the long awaited follow up to 1998’s disappointing Psycho Circus. It’s called Sonic Boom, and like any other aging rock group today, it’s going to exclusively released via Wal-Mart, which should assist the band in finally topping the Billboard charts. No, they’ve never hit #1. 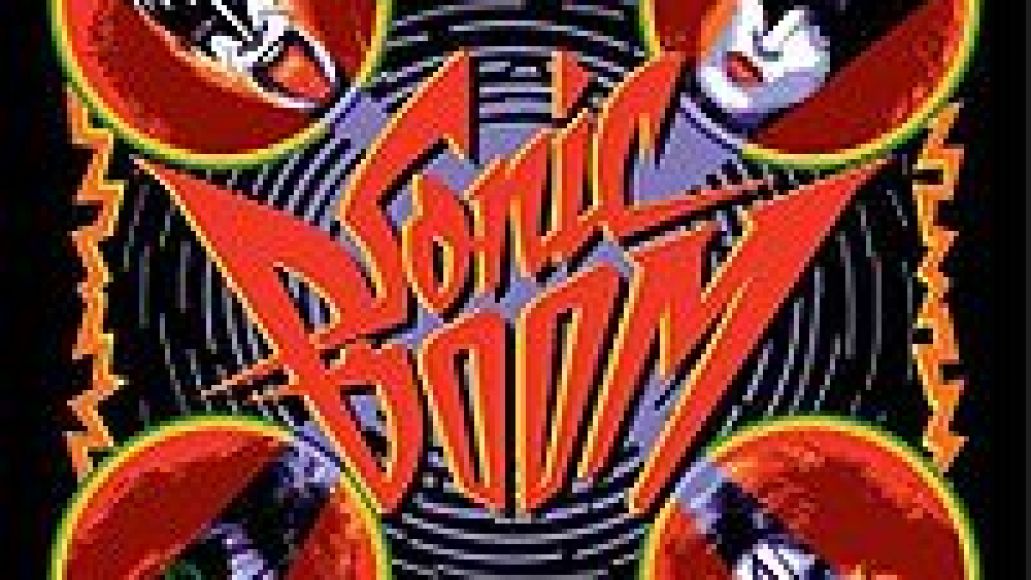 The fire breathing, blood spitting, pyrotechnics return in style, with a three-disc, deluxe package, stuffed with satanic goodies that will no doubt irk, well, maybe your grandmother. And in addition to the new 11 track album, the set will include rerecorded hits and a live DVD of our favorite dark knights — musical knights, of course.

If you can believe Guitar Player Magazine, then you might be pleased to know that the hype looks to have added up. In a recent Facebook posting, EditorBoy writes, “No surprise, but the five songs I heard had huge, anthemic choruses. The band played the basics LIVE in the studio — the first time they’ve done that in a long, long time — and, as a result, you get th…e fire and bombast of the early KISS ALIVE albums with the sonic dimension of tracks recorded in a studio setting.”

Excited yet? Look for it all October 6th, when it hits your local Wal-Mart.

KISS will Sonic Boom to #1