In this current era of Pro Tools and drum machines, it almost feels like the simpler side of rock has become a forgotten relic. While some truly great music has been created through digital manipulation, the straightforward guitar, bass, and drum combination is more difficult to find in new bands. Luckily, The Bitter Roots are on the scene to make fans remember why classic rock is classic in the first place.

The music from the Seattle duo is best described as guitar-oriented rock with a touch of soul. Many of the songs fall on the lighter side, when compared to the more popular groups out of Seattle. However, that doesn’t mean the Roots can’t turn it up when desired. When it comes to the heavier material, Jeff Stetson’s shrill guitar playing sounds like a 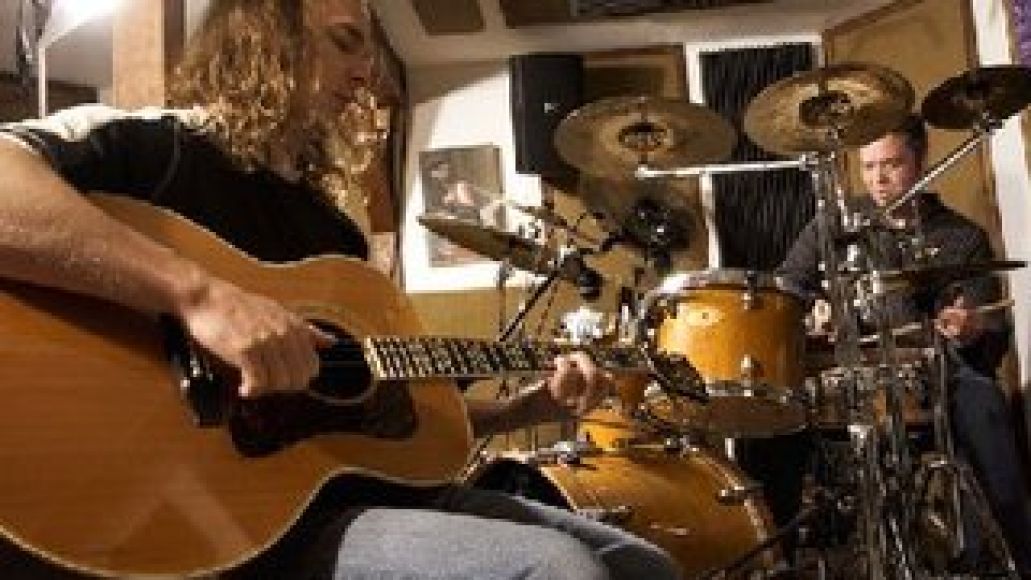 combination of R.E.M and U2, and this energy carries over to the slower tracks, as well. This instrumentation elevates Stetson’s singing, which focuses on greater harmonies that float over the steady drumming of Ben Koostra.

One of the best songs from the self-titled debut is “Fall of The Empire”. From the start, the track is very reminiscent of a more soulful Radiohead “High and Dry”. Stetson creates a strong melody with a clean sounding electric guitar over acoustic strumming. His vocals also act as part of the rhythm rather than flying over it. They accompany the backing acoustic guitar, rather than the electric lead. His lyrics about gambling with bad results is a not so subtle metaphor for the gambling America has done on the global level in the last decade.

While Stetson’s lyrics may sound overtly political in that example, his singing makes every song sound deeply personal to him. His subject matter ranges from free trade, to death and beyond. However, you never feel that he is overtly making a statement. It sounds more like a conversation he is having with each individual that’s listening.

Even though it may seem like an artist who doesn’t use digital tools isn’t a big deal, it’s The Bitter Roots level of dedication to the classic rock sound that’s unique. According to the band’s bio on their MySpace page, their music, “is recorded to analog tape without aid of digital editing or auto tuning. If it took 54 takes, it took 54 takes.” This extra piece of information makes the Roots craftsmanship all the more impressive. This isn’t to say digital methods are completely less authentic. It’s almost the difference between painting and graphic design. Both can lead to great works of art, but painting doesn’t have an undo button.

The Bitter Roots’ debut album is now available for purchase from the official web site. For a live perspective, check them out on October 15th, at the Skylark Cafe in Seattle, WA.

Check Out:
“Fall of The Empire”