The problem with a band like Seattle’s Fleet Foxes is that on record they have gentle harmonies and tight compositions, but you can’t be certain that their sound will translate to a live setting. Listening to the band’s self-titled debut is an intimate affair, so a packed club could damage the band’s artistry. At least, that was my impression going into Friday night’s aftershow at Metro. I was proven wrong. Very wrong. 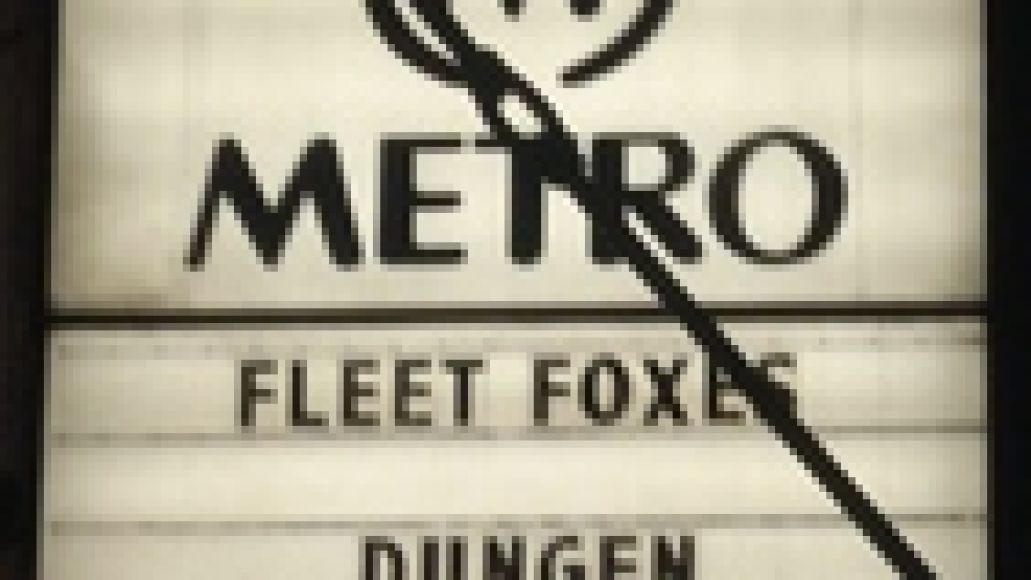 A casual observer could have mistaken the the five men on stage for festivalgoers who play hacky sack in any open spot they can find. The bearded musicians, fronted by Robin Pecknold, maintained their cohesive harmonies but managed to amplify the intensity of every note that came from their voices and instruments. The precision required to pull of a song like the folksy but upbeat single “White Winter Hymnal” could turn any band into stiff choir members, but Pecknold and company belted out the tune as if they hadn’t done it hundreds of times before. Pecknold squeezed his eyes shut and got lost in the song, but his bandmates were just as immersed.

The setlist drew both on their eponymous debut, this year’s Sun Giant EP, and new material. While the first half of the set made a strong case for the power of a concert soft on loud tunes, the second half trumped it. Once the drums began for ”Your Protector”, the energy of both the band and the audience shifted. The audience became the band’s backing vocals, and Pecknold’s voice soared when he crooned, “As you lay to die beside me, baby, on the morning when you came / would you wait for me?” From then on, audience members pounded their fists, closed their eyes, and sang as if they were on stage.

At this point I should note that the Metro was abnormally hot on Friday night. Not only was the show sold out, but it was also void of any air conditioning. The sweat dripping from audience members’ faces (not to mention the hirsute bandmembers) was only a physical manifestation of the anger and frustration amassing in the crowd. Many concertgoers chose to recline in the stairwell just in earshot of the band but in a less congested area. By the end of the set, the crowd was still enthusiastic but considerably thinner, which was unfortunate. Unfortunate because the band deserved a packed house, but also because the encore was a fantastic culmination of the night. 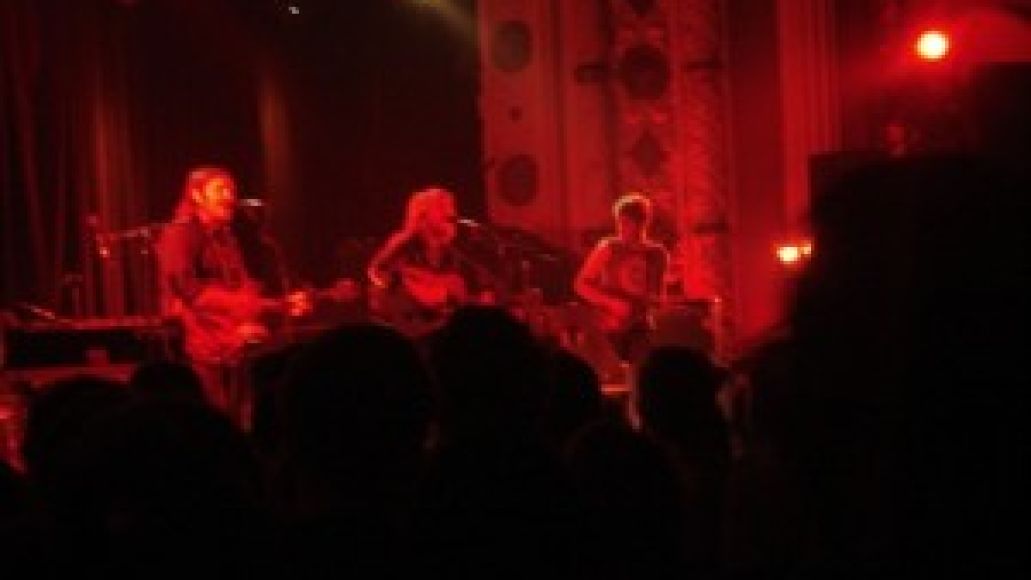 Pecknold returned to the stage and asked if anyone else was moments away from passing out due to heat exhaustion. He soldiered on and began an acoustic version of “Oliver James”. He pounded on his acoustic guitar to keep rhythm and used the vocal audience as harmonizers. The rest of the Foxes returned to the stage for a storming rendition of “Blue Ridge Mountains” that put the already excellent studio version to shame. The drums shook the rafters and every ounce of energy the band had left went into pounding their instruments.

The band politely waved and flashed gracious smiles as they exited. They looked like five unassuming guys that could live down your street, but for the previous 80 minutes they were folk rockers who stepped out of the 1970s. It was a surprising transformation that proved you can’t just a band by its cover, or in this case, their studio output.