It wasn’t Jason Kutchma’s combat boots with spurs. It wasn’t the duct tape on Mike Jackson’s guitar, or the count offs: “1, 2, 3, GO!” Neither was it that Kutchma’s guitar strap came unsecured on the first track from jumping around. It wasn’t the head down, off to the races drumming or the constant smile plastered on bassist Beth Kutchma’s face. It was all of this combined. The three voice attack of both Kutchmas and Jackson didn’t hurt either. Together it was primal punk from a bygone era – reborn here, now.

I had been hearing for months of the Red Collar live show, the fact that they’d play willingly for five in a bar, or kick out the walls in Carrboro, NC to a packed crowd in their adopted hometown. I had heard all this, but I had not partaken. The buzz of this blue collar band was of the shorthand they go by -– whether they like it or not -– Fugazi meets Springsteen.

For a sparse crowd in Charlotte, NC of 40 to 50 tops, Kutchma and co. blasted through seven songs without coming up for air. Stage banter was kept to a minimum, energy was kept to a maximum. There was nary a moment that a member of Red Collar stopped moving. Even drummer Jonathan Truesdale shifted and swayed as much as possible, head bobbing in time. Sweat beaded early on the band, and it rolled profusely. Even as Jackson had intermittent problems with his equipment, the band played on. It never dampened the moment; they wouldn’t let it.

Earlier this year, Red Collar released their first record, Pilgrim. Already, they’re trying out new material. Both “Choices”, the track they chose to open the show with, and “Prove Our Fathers Wrong” are currently unreleased. “Prove Our Fathers Wrong” particularly seemed like a band testing the waters and trying new avenues: It pulled from a bluesy bag of tricks yet still continued the kinesis of the night. “Radio On”, while not a new track, did bear an intro teaser ripped from The Mountain Goats. 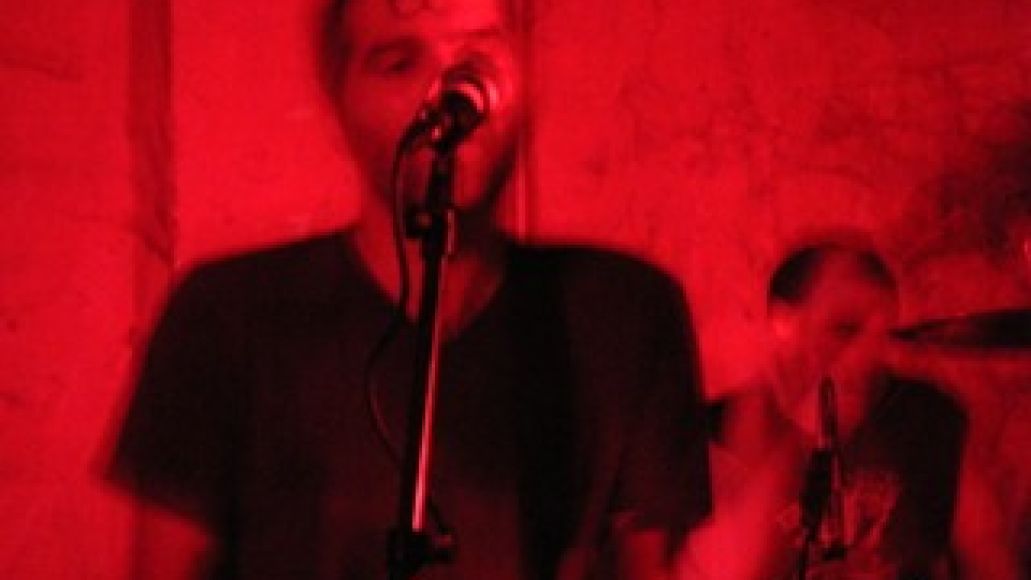 The show ended with two fan favorites: “Pilgrim” and “Used Guitars”. Those who knew the words sang along. On “Pilgrim”, Jason Kutchma repeated again and again, “My name is Pilgrim, and I’m going home!” before the band toppled a wall of sound into the audience. Red Collar played a scant seven songs, held short by time; however, the curse may have been a blessing: I saw no one leave over the course of the set. By the end, the audience would have eaten up another seven tracks. That hunger may bring many back next time Red Collar rumbles through town.

Red Collar is a bar band in the best sense of the word, but as Justin Gerber noted in his review of Red Collar’s recent album, it hasn’t always been a magnanimous title to bestow:

In the not-too-distant past, the term “bar band” had been equated to local townies that got together at their favorite watering hole, had a few drinks, then hit the stage at 9pm to cover Eddie & the Cruisers once or twice a week. We’d go see them because they’re friends of ours, or maybe they just happened to play at the only place that would serve those who were under-aged.

Red Collar is rebuilding (building?) the idea that a band that doesn’t have lights, costumes, synth, Macbooks, bad haircuts, or gimmicks of any kind can be engaging and exciting. To paraphrase one reviewer, it’s refreshing that Red Collar isn’t post-anything. They are three voices, two guitars, one bass, one set of drums and an indefatigable work ethic.