Update: Billboard.com has confirmed that Them Crooked Vultures will indeed be performing an aftershow on Sunday night. Still no official comment from C3 Presents, the organizer behind the festival.

So, last month, we told you about a nifty little rumor concerning a recently formed supergroup featuring the Foo Fighters’ Dave Grohl, Queens of the Stone Age’s Josh Homme, and Led Zeppelin’s John Paul Jones. They called themselves Them Crooked Vultures and have reportedly been working on a studio album for three years now.

Turns out that nifty little rumor is quickly become an unbelievably awesome reality. At least that’s if you put any stock in a last minute Lollapalooza aftershow announced today that lists three symbols on the bill… three symbols which look quite identical to those of Foo Fighters, Led Zeppelin (more specifically, Jones’ symbol), and Queen of the Stone Age’s logos. 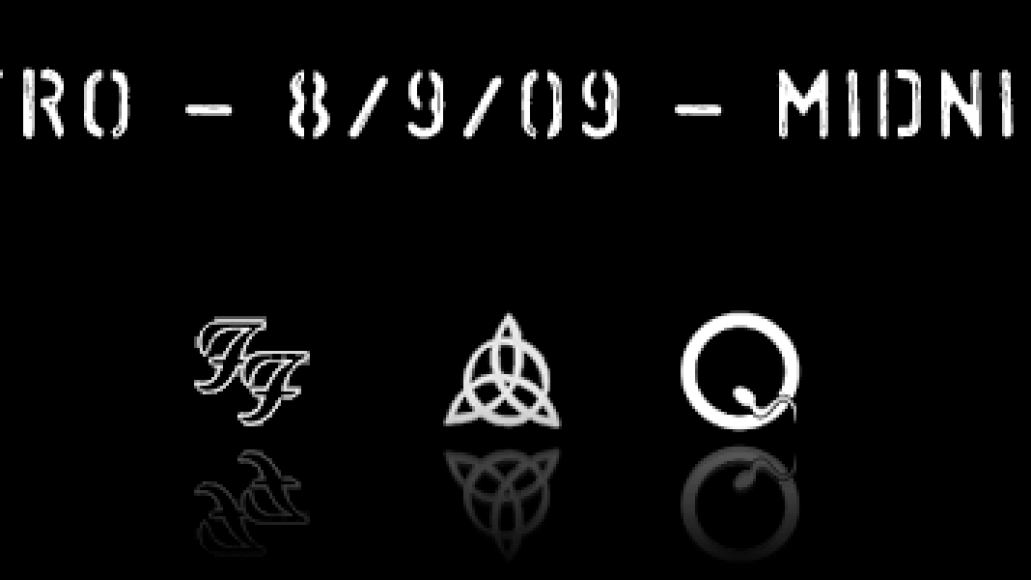 The show is scheduled to take place Sunday night, August 9th at the Metro. Tickets go on sale Thursday, August 6th at 10:00 am CST (internet only) via etix.com.

We’re still trying to confirm the aftershow really is definitely featuring The Crooked Vultures. When we do, we’ll let you know.