There was a point on Sunday afternoon when I wasn’t entirely sure how much of McFest I would end up catching. With plans to attend the 5:30 show at the Metro, this seemed to be the perfect opportunity to catch what may have been my last Cubs game of the year. Long story short, as one of the strangest rain delays in Cubs history passed the three hour mark, I found myself racking my brain for solutions to my presumed conflict. When the game was called I was disappointed, but breathed a sigh of relief that I wouldn’t have to have an awkward conversation with my editor. But the real winners were the high school kids of Chicago. Congratulations! Your band is about to get mentioned on Consequence of Sound!

McFest is the brainchild of Lauren McClusky, the 19-year-old daughter of music industry executive, Jeff McClusky. The younger McClusky is following in her father’s footsteps, handling the organization of McFest for the third consecutive year. She is also following her family’s passion for the Special Olympics, the event’s benefactor. This year’s event included the usual cavalcade of high school and college bands, along with the headliners, established DJ duo Flosstradamus. 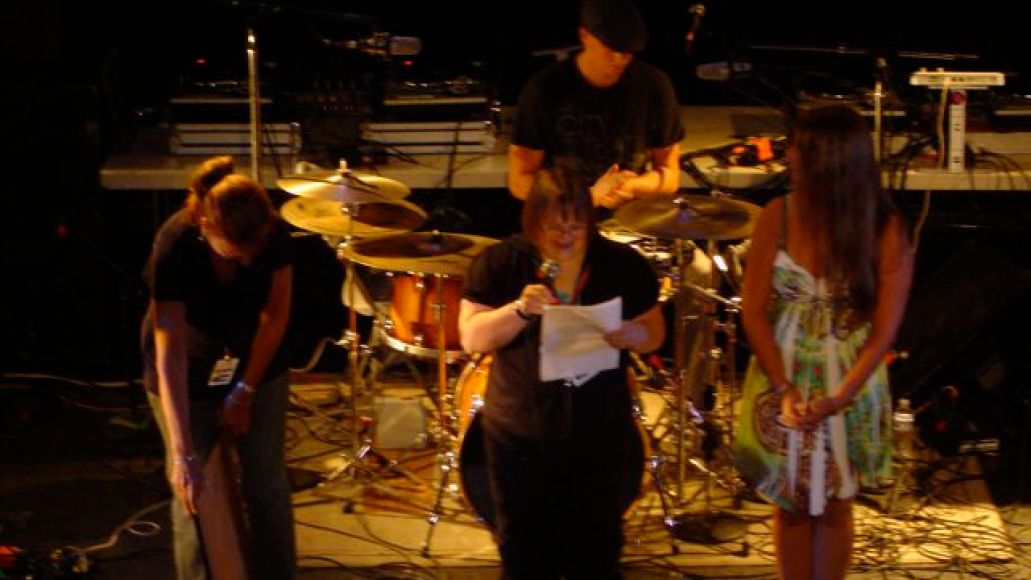 There are those within the ivory tower of disability studies (shout out to my former grad school professors) who vehemently disapprove of the Special Olympics. While they make a nice philosophical case and provoke a lively discussion, I choose to take my cue directly from the children I work with. Yes, the program has its flaws, but it also provides a social outlet for individuals who are often desperately in need of one. The joy of the participants is more important to me than the ruffled feathers of a few university professors.

It’s hard to judge exactly how many people passed through the Metro’s front door Sunday night. At no time was the venue anywhere approaching crowded. But the sparse crowd may not be indicative of the true numbers as a good percentage of the audience showed up for one band, usually to support friends or family. Perhaps the largest surprise was that the crowd for the headliners was composed mostly of kids who were there to watch, or play in, other bands. Flosstradamus did not appear to have brought out a large number of their own fans.

As usual, Flosstradamus put on a predictable, but thoroughly enjoyable set. The atmosphere felt far less like a club than it did a slightly out of control high school dance, but it was nice seeing the kids blow off a little steam. The DJs kept making reference to how crazy Chicago is, showing up and partying like this on a Sunday night, seemingly oblivious to the fact that this was of little consequence to the still vacationing school kids. 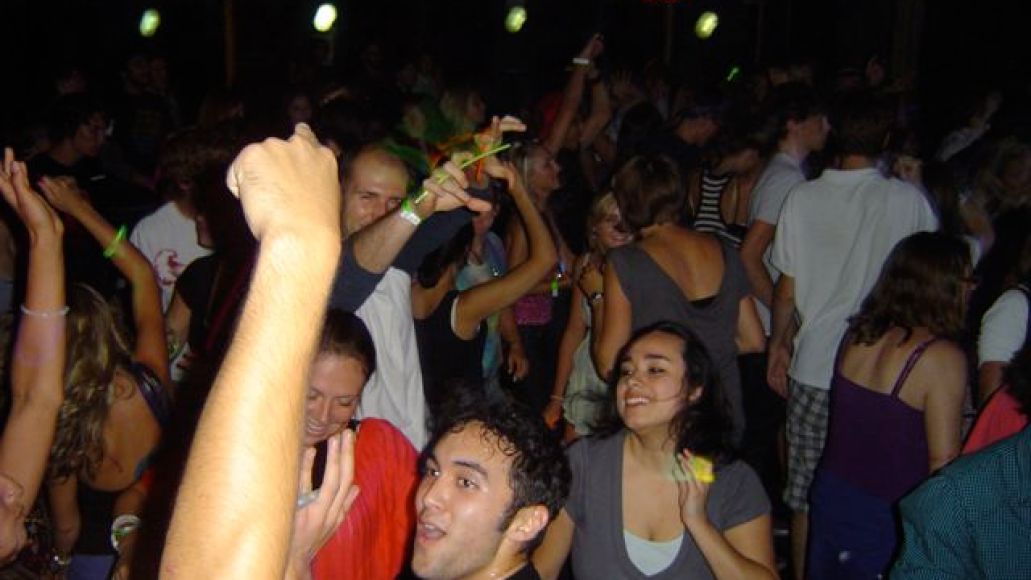 But while Flosstradamus was the most enjoyable set to me personally, this night was really about the up-and-coming (or, more likely, peaking) young musicians. Par Avion, a three-piece dance rock outfit opened the show for a couple dozen fans. The group covered Britney Spears and Daft Punk, alongside a track that “you may have heard on Q101.” Hip hop trio Team One split a set with rockers Fishing With Spoons. But the night’s most promising act was probably Breakers Broken, an electronic-influenced rock band with an enthralling live show.

Aside from Flosstradamus, the night’s most notable act was Powerspace. Signed to Fueled by Ramen, home of bands like Panic! At the Disco and Fall Out Boy, I was all prepared to dislike the band whose name combines some of the more abrasive elements of today’s culture. But as it turned out, the band was infectious and hard to dislike (which, when we’re being honest, is how most of us feel about Fall Out Boy).  And that’s a pretty good theme for the evening. On paper it sounds awful. Four and a half hours alone on a Sunday night, on the eve of one of the most important weeks of my professional career, listening to bands I’ve never heard of wasn’t exactly appealing. But in the end, it’s hard not to smile about the money that was raised and the kids who got their chance on a big stage.