When attending a Tori Amos concert, you can count on a few things: a lot of keyboards, obsessive fans, and songs about the intersection of religion and sex. Monday night, attendees of Amos’ Chicago Theatre show experienced all three in droves.

In town to support her most recent album, Abnormally Attracted to Sin, Amos dabbled in both the old and new during her hour and 45 minute show. Adorned in gold and silver, Amos walked on stage to the trip hop beats of new track “Give”. She struggled to replicate the highly manipulated vocals of the album version, and a shakiness in her voice continued into the next song. But by the time she got to her trademark “Cornflake Girl”, she found her confidence and her piano work, which is unparalleled in contemporary pop music, proved why she has the rabid fanbase that she does.

Many of the show’s highlights came in the first half of the set. “Curtain Call” is easily one of the best tracks Amos has composed in this decade, and it was fascinating to watch her sing about mistakes you make and regrets you have as you grow older. Her early work was praised for being raw and confessional, yet her past few albums have relied on characters and concepts. For the sake of full disclosure, I saw the first of my many Tori Amos concerts in 1999, and the transformation she’s made from casual, jeans-wearing songstress to glammed-up rock goddess has been astounding. As she sang, “By the time you’re 25, they will say you’ve gone and blown it / By the time you’re 35, I must confide you will have blown them all”, both extremes seemed to intersect. 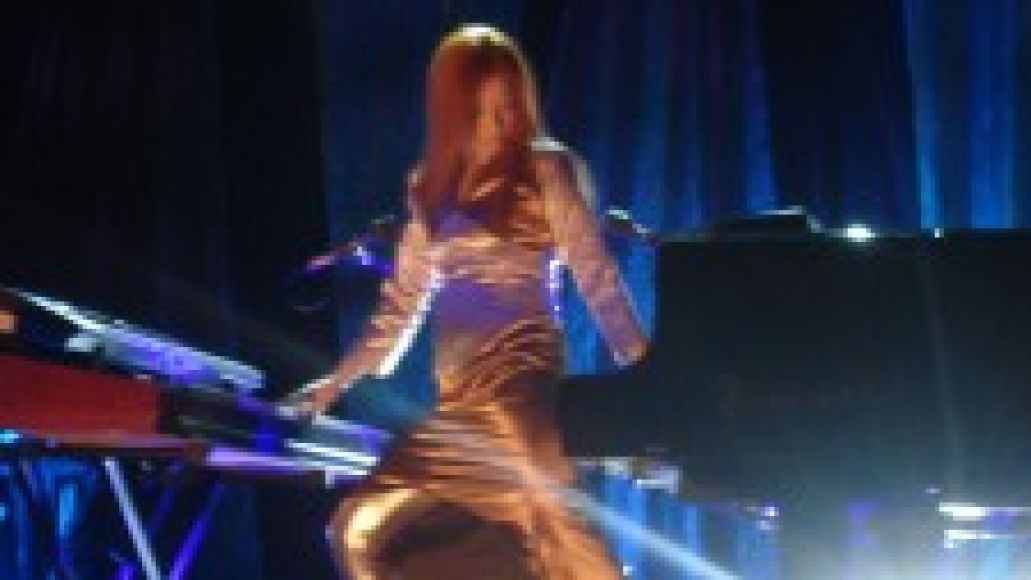 Another high point came with “Lady In Blue”, a sultry, blues-inspired number that not only let her display her vocal prowess but also gave her band a chance to shine. Matt Chamberlain on drums and Jon Evans on bass know how to accompany Amos without outshining her, but for the final few minutes of the song, they were every bit as impressive as anything she was doing.

The energy seemed to fade midway through the set during a period named the Lizard Lounge, where Amos performed two solo songs at her piano. While it was nice to see her command the stage alone and pluck a fan favorite from her debut and a track from her latest album, both tracks began to wear out their welcomes as she slowed their tempos dramatically. Still, the piano playing and vocals were superb. And therein lies the problem with the show. There was not a major technical flaw in the entire set. Even songs like “Cars and Guitars” that don’t live up to her usual output were performed with enough passion to make you not mind them.

At least, that’s what I kept thinking. Then a fiery, emotional Amos would show up in brief moments and remind you how she earned her reputation as a woman to be reckoned with. “Precious Things” is now nearly twenty years old and has probably been performed nearly a thousand times, but it felt as fresh and exciting as it does on the record. The next song, “Strong Black Vine”, had a shaky start due to its strange tempo and instrumentation, but by the end Amos was seething and screaming, “Push it out like a mother / she’s my mother fucker”. Once she let that demonic power out, I was upset to see that it was the main set’s closer. That’s what had been missing for the previous thirty minutes.

Luckily, an animated Amos and company returned for an upbeat encore that had the audience dancing and made up for the lull that occurred midset. In fact, one of the evening’s highlights came during the b-side and penultimate song “Take To the Sky” when Amos worked in a portion of Carole King’s “I Feel the Earth Move” and Chamberlain’s drums caused the floors to shake a bit.

After 19 songs that spanned 7 albums, Amos left the audience eager for more. Perhaps the fans loved every minute of the show and just couldn’t get enough, or maybe they wanted more of the energetic Amos that had been missing for much of the set. Either way, she wisely left on a high and– minor gripes aside– provided yet another example of why she’s one of the most reliable live performers today. 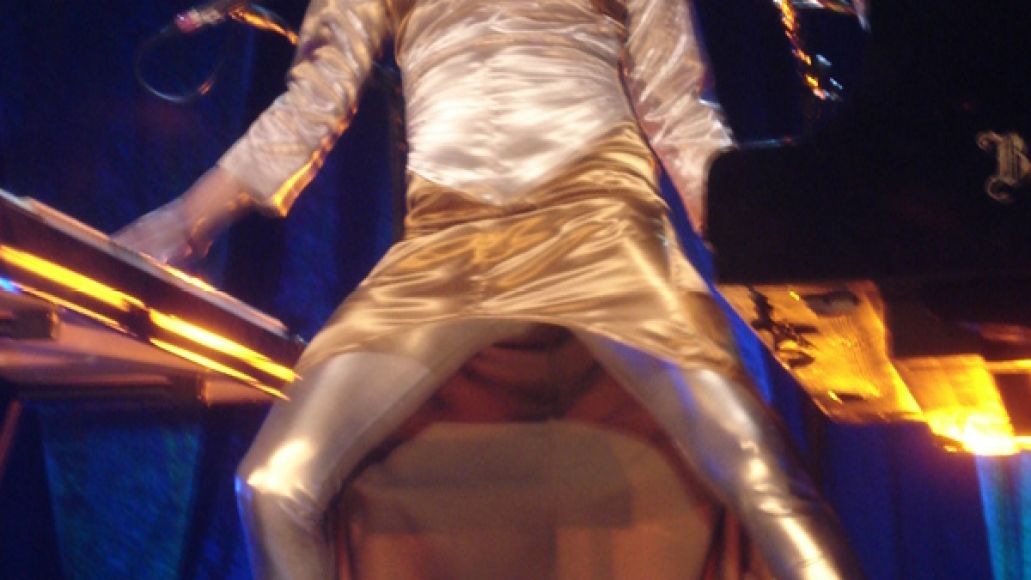 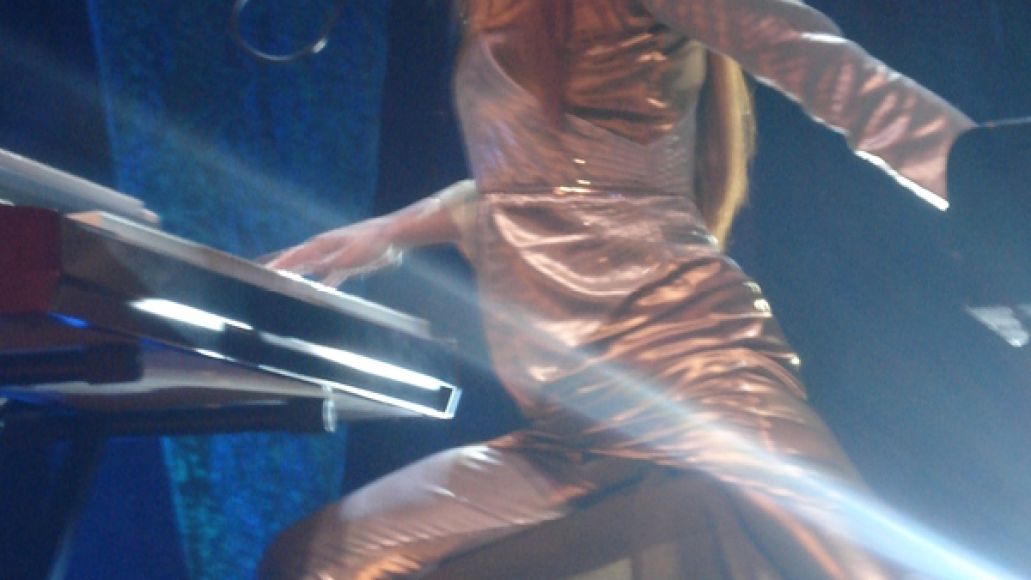 Tori Amos gets sinful at The Chicago Theatre (8/3)