With only a month to go before Backspacer hits its street date, Pearl Jam unveiled its new video this past weekend for current single, “The Fixer”. If you recall, earlier this year the grunge veterans tagged acclaimed director Cameron Crowe to shoot a video, some promotional material, and an assortment of footage for a potential forthcoming documentary. Well, the first of the three is off the assembly line, and to be honest, it’s pretty shabby. 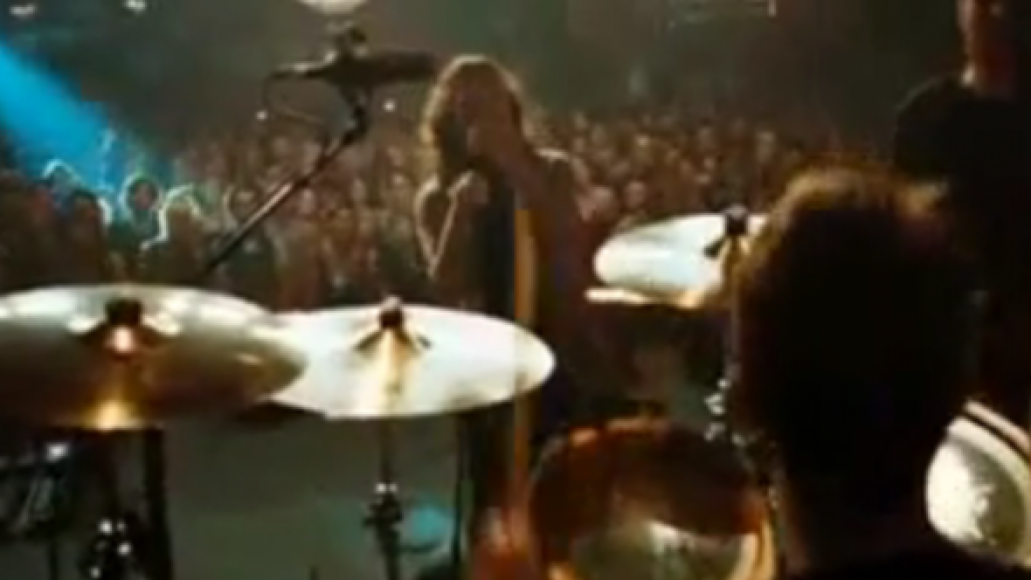 There’s only so much you can do with a performance video. Usually you have to add some subplot, maybe a few celebrity cameos, and then there’s the “old school” footage you could splice between. With “The Fixer”, Crowe, instead, opted to make a vomit-inducing clusterfuck that actually works against the song. It’s a mess. Between the mirrored shots, lopsided angles, and erratic fans, there’s too much going on, and while the song is wild n’ bouncy, it doesn’t merit an ADHD-driven video. Disappointment? Considering it’s Crowe behind the lense (this writer’s favorite director, essentially), this is a mild catastrophe.

Some things work, however. Towards the end, when things actually focus, there are some phenomenal shots, including one which follows Vedder as he spins and hangs from the microphone, revealing the pandemonium of an audience behind him. But that’s not enough to salvage this disaster.

If the documentary’s anything like this, you’ll have to skip out on the popcorn. Oh, well.