The crowd of over 100,000, attending the 2006 Pukkelpop alternative rock festival, anxiously hangs on every word from the charismatic, chain smoking vocalist, known almost as much for his trademark heartagram as for his music.

Annually held in Belgium, since 1985, the festival is a deafening extravaganza for some of music’s most exciting acts. Although HIM was just gaining recognition in North America (due largely to the “Wings of a Butterfly” single), it had long been a hot item in Europe.

“So, does anyone here like to suck blood?” he continues, smiling. “Now this is a very, very good lesson on how it’s done properly.”

As Gothic keyboards dance over the sweaty masses, Valo, bearing a remarkable resemblance to Johnny Depp, takes off his jacket and casually lights a much needed cigarette. 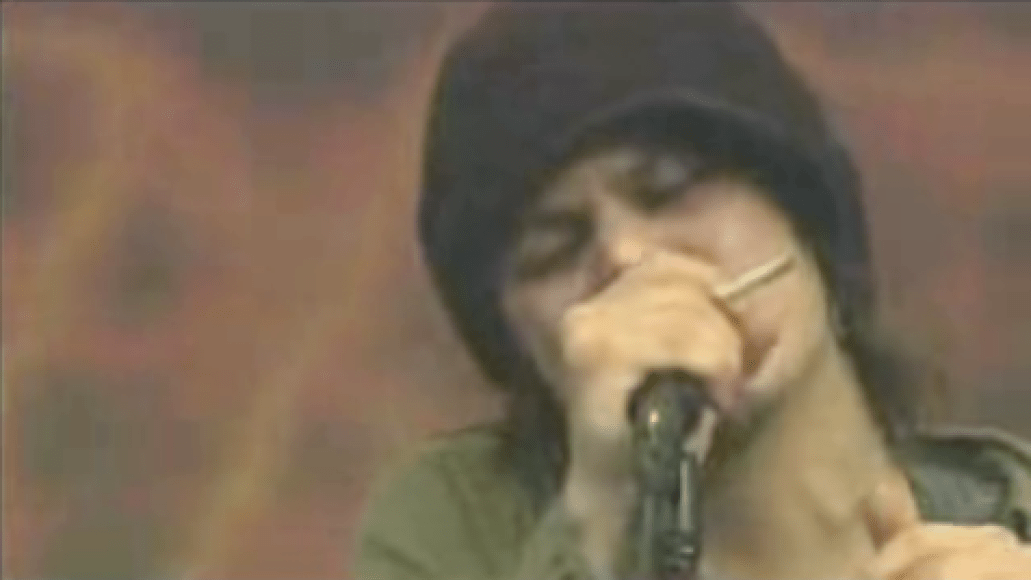 The scene has been set.

Girls scream, guys pound their fists in the air, and the band slams into its modern classic, “Vampire Heart”.

Rising like a red sun in the warm, August air, the heartagram is the perfect backdrop for the first and best song off the 2005 album, Dark Light. Often mistaken for a satanic icon, the heartagram is merely Valo’s symbol for the band and their form of “love metal,” and is a popular tattoo for many fans.

HIM has always been a band of dynamics, and Janne “Burton” Puurtinon’s keyboards provide the atmospheric pizazz behind Mikko “Linde” Lindstrom’s crunching guitar. The interaction between the two instruments perfectly complements Valo’s emotional vocals in one of the most energetic and memorable performances of 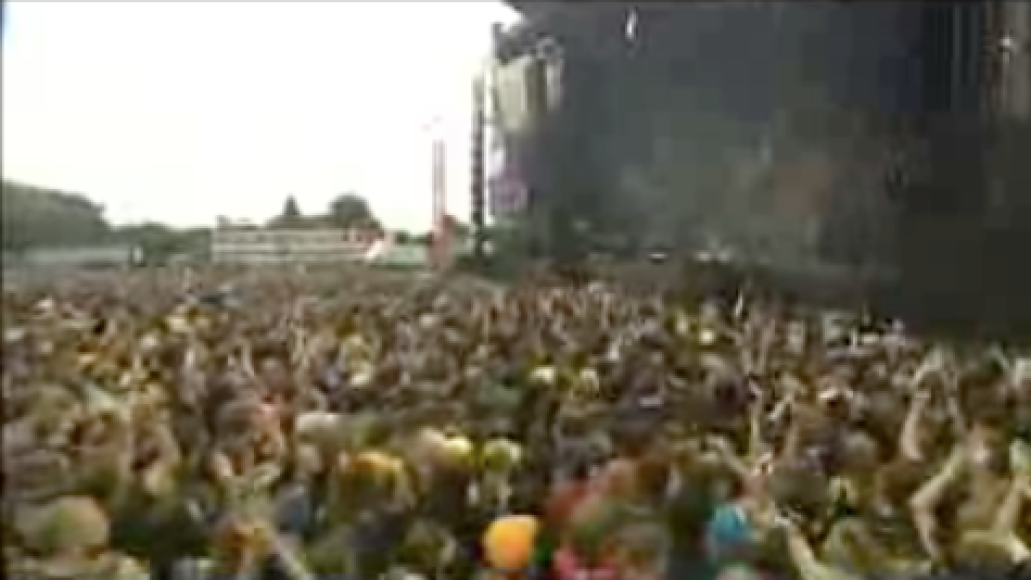 the song available on the Internet.

Haunting and poetic, “Vampire Heart” is more tragic than the “sleep-all-day, party-all-night, it’s-fun-to-be-a-vampire” attitude of The Lost Boys. The powerful lyrics allow more than one interpretation. Taken literally, the song is a crushing love letter from the undead to their living and breathing one true love, but taken figuratively, the vampire heart could be an allegory for any love that is beyond one’s grasp.

If HIM has seemed elusive lately, it’s because a new album, ScreamWorks: Love in Theory and Practice, is in the works. There have been hints of a change in sound on the album, to be produced by Matt Squire and released on February 14, 2010, which likely has the band’s followers simultaneously nervous and excited.

Until HIM releases its Valentine’s Day gift next year, there are a multitude of the band’s videos and live performances available on YouTube. This includes a large chunk of the set at Pukkelpop.

As the final notes of “Vampire Heart” fade into cyberspace, the cheering crowd is left anticipating the next song, and the viewer is left with only a still computer screen and the obvious option.