If you’re connected or immersed in the remix/electronica culture, chances are high that you’ve heard of Marty Folb. You may know him better by his stage name, MartyParty. Born and raised in South Africa, Folb sought to include the sounds of his birthplace with west coast club beats. Soon after diving into music production, he released his debut album Walkerville to the West Coast.

Folb has now moved on to create PANTyRAiD with his good friend, Josh Mayer (AKA Ooah of Glitch Mob). Together, they’ve created an album that breaks through the stale recycled formula of most dance music and moves with fresh beats. Ideas from crunk, hip hop, electronica, and many other genres have given the group a new recipe for club music that succeeds immensely.

How did you and Ooah come to form PANTyRAiD?

We met socially. I always knew he was a good DJ. He came into my studio and said, “What type of music is that, man?” I remixed one of his projects. We worked on creating hip hop for the ladies. We wanted to create sexy music. Josh [Mayer AKA Ooah] came up with the name. We have really similar tastes and the same vision.

What were the main sources of inspiration for The Sauce?

A lot of the songs were written in Costa Rica on vacation. I have some property there and I throw a festival there every year. I invited Josh to play at the main party as one of the DJs. We started to write a lot of edgy material there. The sun, the tropics, and nature inspired a lot of where we were going. When we got back to New York and L.A., we spent much time going out. The whole city inspired the remaining songs on it. It’s a combination between nature, the party, the sun, dark elements, and the city. It’s combining together everything we love as human beings. We’re trying to come up with words to describe the music. People have really struggled to figure out what genre to put it in. We’re kind of on the doorstep of a whole new genre with PANTyRAiD. I’m hearing a lot of producers are trying to duplicate or emulate it in their tracks. I think PANTyRAiD is really good for people because it’s bringing back a little more of the happiness and the light. Club music doesn’t always need to have such dark themes.

To me, “BeBa” is the one of the best tracks on the album.  Can you speak a little about how you guys created that song? 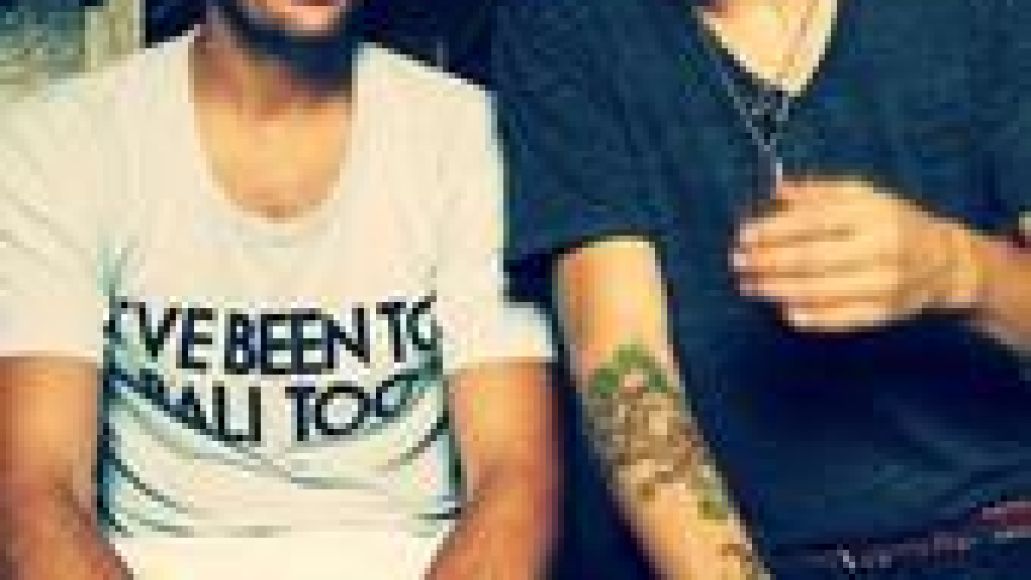 That was a song I wrote in Costa Rica. The “be ba” part was generated out of an old synthesizer that’s like a vocoder. My mother always used to say “be ba” when I was a kid. So I started screwing around with it and it sounded really good. It started with just the “be ba” sample coming out of it. Then when I was hanging out with Josh, we came up with the bass line. That track just kills it on every dance floor I’ve ever played it at. People just freak out when it comes on. It’s one of those tracks that we believe will transition to mainstream hip hop. It’s a whole new and fresh kind of beat in the hip hop world.

What was it like to be included in the remix compilation of Adam Freeland’s record, Cope?

He asked us to do the remix of “Do You”. We did that also in Costa Rica. That track also kills every time we play it. People really love it. He asked us to do that and he asked Joker as well. We’re the only two artists to do a remix of that track. There’s a couple more he’s going to ask us to do over the next few weeks.

Which ones is he going to ask you to do?

“We Want Your Soul”, I think, is one. I’m not 100 percent sure though. It’s the main single from the album. We’re working on a whole lot of remixes for people right now. I’m personally talking to Massive Attack about doing one and that’s really exciting. Remixing is one of our strengths. Josh is probably one of the best remixers in the world. I’m a really fab producer. When we sit down together, we can remix a song in a matter of hours. I think people are really responding to that and I think PANTyRAiD is going to be seen as one of the key remixers out there.

What are you up to for the rest of the year?

Touring everywhere. For my personal career, I’m playing all over the country. For the fall, I’m pretty much traveling every week. We’re dropping the PANTyRAiD album on October 21. In January and February, we’re going to get together and write our second album. We’re probably going to do it in L.A.  The next album’s probably going to have a lot more hip-hoppy tunes on it like “BeBa”. They’ll also be more melodic stuff like “Dreaming”.

Why should people who have never heard of PANTyRAiD or either of you be interested in buying The Sauce?

I think of The Sauce as the first real album I’ve heard in a long time. The whole reason albums were made was to create a journey and an emotional experience. Now, albums are more like a couple of good tracks with a bunch of rubbish songs. The whole music industry is very aware that the album concept has been abused over the last five to ten years. No one really buys albums anymore. We just buy singles off iTunes. We decided to go back and say, “Screw that. We’re going to write an album. A thing that has 10 to 12 songs in it that are completely different.” I think people are going to listen to this and put it in their car or on their iTunes. The feedback we’re getting is that it’s the first album they’ve heard in a long time. That’s why I think it’s going to do okay. It’s totally different; it’s a new genre; and it’s party music. It’s a journey. There are stories. They have melodies; they have themes; and then they have conclusions. The second album will be the same. That’s how PANTyRAiD is.