Women have had a rough go of it in the world of rock and roll. If indie rock were a party, let’s be honest, it would be a sausage fest, and the only ladies there would have shown up with at least three other dudes in tow. Seldom would you see more than two ladies together, and even then who knows where they would end up by the end of the night. So what about those all-female (or mostly female) groups that have made some headway over the years? There have been a few to hit the scene over the years, some of which were pretty decent. Remember Veruca Salt, The Breeders? The point is rock ‘n’ roll should be more equal opportunity, and with that I introduce Post Post.

Hailing from Philly, these Bryn Mawr juniors are one of the few all-girl bands out there in the world of indie rock, not to mention the college’s first band to break out in recent m 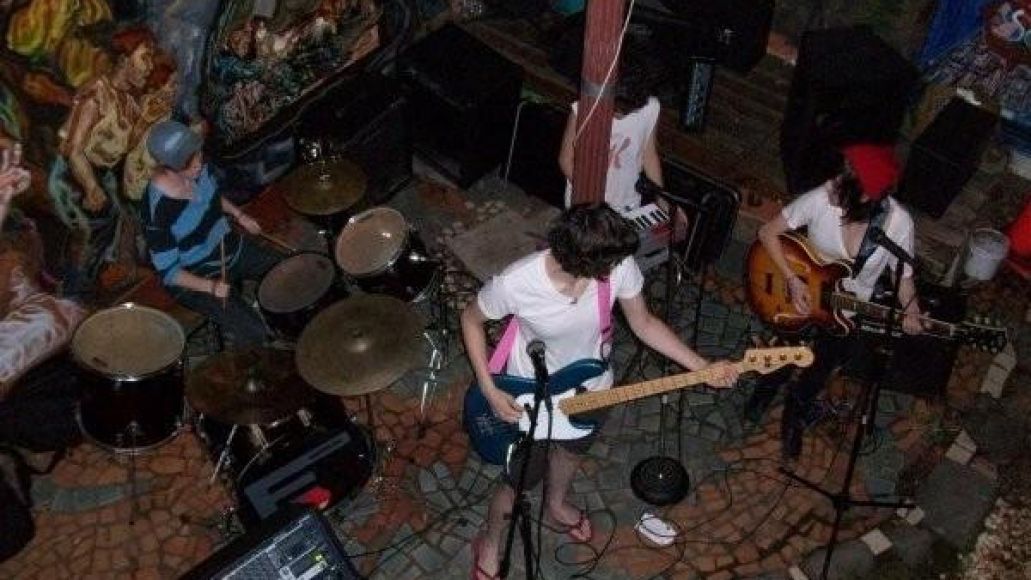 emory, according to the school’s paper. I’m not talking about a band of shaggy guys who happened to have a female singer. No. But more importantly, the music is good. So good, in fact, it could have the potential to break up the pool of testosterone, and put this quartet on the map.

With its debut EP, Meta Meta, still carrying that new music smell (released on September 4th), the tracks are solid pieces that combine revealing lyrics with sonic hooks galore. “Say When” may sound cheery, but alcoholism seldom is. Who cares, though, with cymbals rattling and keys wrapping everything up in a sloppy pseudo-danceable package.

Michelle Zauner’s guitars stand strong against the backdrop of Marisa Helgeson’s keys, especially with the Tegan and Sarah-laced “The Auction (Pt. II)”. Zauner’s vocals are rough around the edges, but it works wonderfully with the lo-fi sound they achieve. “Sober” seems to be the most ambitious track, featuring a buildup with tapping drums and serious guitar work. It could be the band’s best by far.

With a sound this genuine right off the get go, the potential for greatness is strong. So give these girls some love. You won’t be disappointed.