Admittedly, I didn’t hear of Boston-based Yes Giantess until I saw they were opening for Little Boots on her North American tour. Once I began listening to their work, I realized that they were the perfect pairing for the newest UK dance-pop darling. Where she follows in the footsteps of Kylie, Annie, and even Goldfrapp to a lesser extent, Yes Giantess takes after 1990’s boy bands and labelmates Passion Pit. They make fluffy dance music that is just interesting enough to rise above background music but not so serious that the music and lyrics are too disparate.

The four-person band is shameless fun, and you can tell immediately when you listen to “Can’t Help It”, which sounds like a more interesting take on modern pop gem “Faded” by Soul Decision (you remember them, right?). In the first verse you know what’s up: The guy wants the girl and his buddies are singing back up for moral support. It’s what we wish bubblegum pop had been a decade ago. 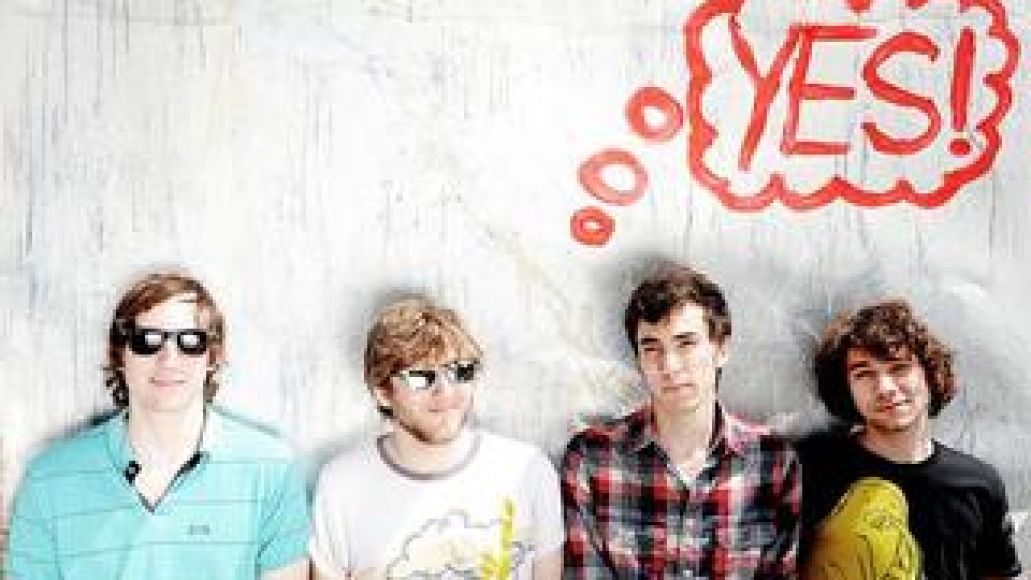 Yes Giantess (note the lack of a comma-it’s not an appositive)is coming along at the right time, when the aforementioned Passion Pit are critics’ and listeners’ sweethearts and MGMT’s still riding the wave of its synthpop. Yes Giantess is definitely its own creation, but I can imagine the band earning more sneers than fans five years ago without these other bands warming up audiences for them. For example, “Tuff ‘n Stuff”, one half of their double A-side release, has the cheesetastic lyrics, “I just wanna say that you’re beautiful/You’re looking incredible/Girl, you’re making everybody’s day/and I love that your edges are rough/when I try to act tuff n’ stuff/I love you so much.” The band isn’t overreaching and instead chooses to focus on crafting a tight four-and-a-half minute love song you can get your hands clapping and head bobbing. When it comes to straightforward pop, more bands should learn the merits of staying on target.

Of course, the real test will be to see whether an LP of this material will wear as well as the few tracks that have trickled out onto the blogosphere. Because Yes Giantess has been consistent with its sound without being boring, I won’t be surprised if they follow in tourmate Little Boots’ footsteps and deliver one of the most fun records of the year-whenever that is a full-length album finally comes out. I suppose some people might consider this guilty pleasure material, but there’s nothing to be ashamed about when the hooks are this good.