Folk blokes Ray LaMontagne and Josh Ritter teamed up for a quick spin around the UK. The soul-baring pairing works well. Lamontagne’s woodsy and oft wounded introspection and Ritter’s literary-laden tenderness let each shine a different facet of the folk gemstone and keep a well-versed audience delighted.

Sheffield is a large city and draws big names to its arena. Just a few weeks ago residents were either at the U2 show or listening from their patios and open windows. In a few weeks, they’ll be welcoming Sir Elton John. Tonight though, the 2,000+ patrons filling the close to sell out City Hall came looking for a much more intimate musical experience. It takes skilled artistry and a special audience to create “small venue” feel for a crowd that large and the Ritter/LaMontagne ticket held them in the palm of their hand. The audience’s response lapped the shore effortlessly: the ebb of pin-dropping silence during tracks and flow of raucous praise and applause in between them.

After a quick warm-up from a member of LaMontagne’s extended band, Ritter and Co. took the stage. Anyone who follows his live sets knows Ritter is forever changing up his delivery. You can see him two, three, seven times and there will be something different, from his “normal” band to the Boston Pops Orchestra to classical violin wunderkind Hilary Hahn. 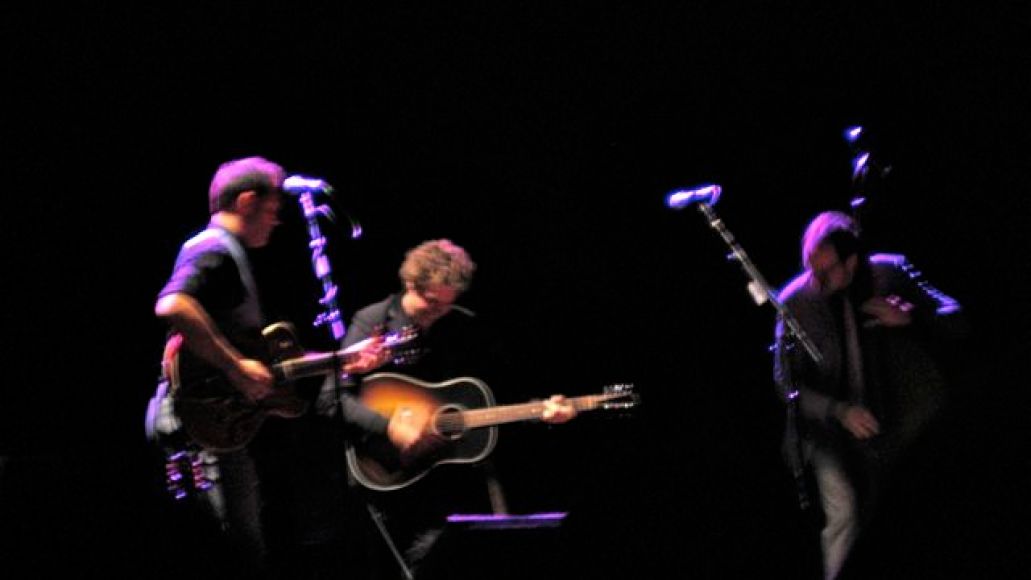 Tonight in Sheffield once again trying something he’s never done. Instead of the “normal” band, he brought along just two musical friends: Mark Erelli and longtime band mate/instrumentalist Zack Hickman. This particular spin on the songs was inspired by his shows with John Prine, who always uses just two bandmates, no percussion. For this night we had Ritter on guitar plus Erelli on mandolin and lap steel and Hickman on stand-up bass for some seriously percussion-less passion.

From the rollicking opener “Rumors” and rowdy “Harrisburg”, the trio’s harmonies were flawless, well beyond their years in resonance and ability. Hickman held it all together on the stand up bass; he knows Ritter’s music as his own and it’s hard to imagine a show without the mustachioed maestro. Erelli’s mandolin and lap steel gave the old-time feel, which completely blew the audience away — to a place they may not have ever been, a Blue Ridge Mountain front porch, perhaps? “Girl in the War” and new track “The Curse” were hushed stunners. People literally sat slack-jawed, looked around at their friends and shook their heads. The six-set opener was way too short. Lucky for his legions of newly won fans, Ritter plays a few headlining shows in the UK and Ireland this month.  Fans should definitely check him out in this arrangement. Here’s hoping to a US tour or a hint of this sound on an upcoming album.

LaMontagne should be thankful for the incredibly strong opening from Ritter, who left his audience wanting more. The withdrawn Maine-man took the stage with band Eric Haywood (pedal steel), Jay Bellerose (percussion) and Jennifer Condos (electric bass). For most, Ritter was surprise of the night and Lamontagne was the steady. LaMontagne was true to form, varying between darker, pensive rock of  “Meg White” and “Henry Nearly Killed Me (It’s a Shame)” to the brighter love-laced ballads “Hold You in my Arms” and “Let It Be Me.” 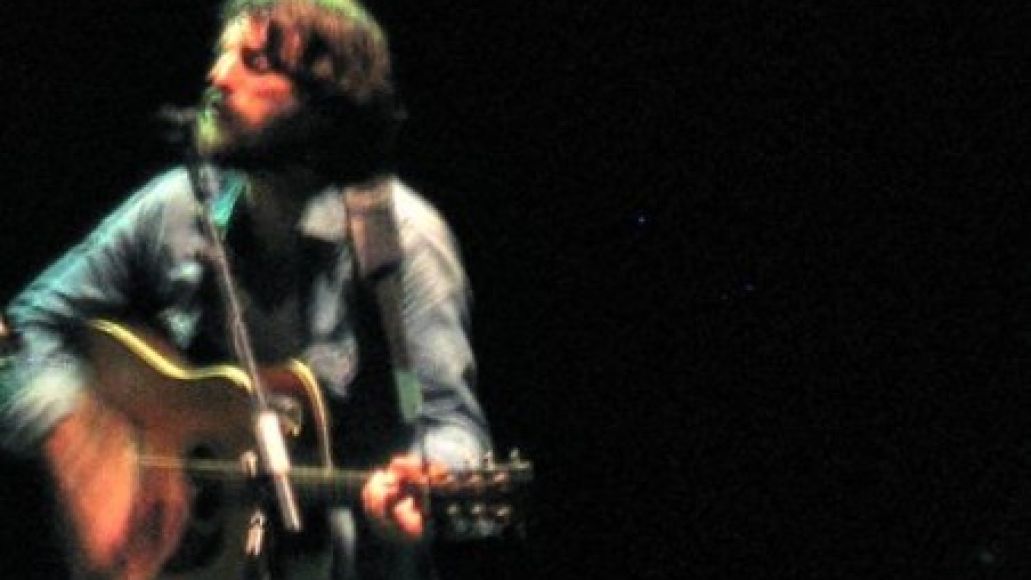 The band sounded great and their song selection let them each take turns showing their skills, in particular, Condos’ bass on “You Can Bring Me Flowers” and Haywood’s pedal steel on “Narrow Escape.” The ostensibly well-mannered Brits even drew some playful banter; one woman shouted, “Ray, you’re brilliant. You’ve got great hair! Your hair is brilliant!” To which LaMontagne cleverly smiled and replied, “Thank you. Yes, I try to hide how successful I am with bad clothes and bad hair.” The melancholy LaMontagne exudes lifted for a few scattered moments, but overall he led the audience down the moody, emotional pathway he’s known for. He eventually rewarded their requests with favorites “Trouble” and “Shelter”.

Showstopper of the night was the ballad “Empty.” The cool green lighting to the utter motionless delivery of the band left nary an ear, heart or mind short of complete captivation to the haunting story: “of these cut throat busted sunsets, these cold and damp white mornings I have grown weary/If through my cracked and dusty dime store lips/I spoke these words out loud would no one hear me?” The audience worked hard for an encore and was treated to an excellent and passionate rendition of Bob Dylan’s “The Man in Me” and “Jolene”.

So concluded the evening far from home for two men grown from opposite corners of American soil. They drew in their crowd with a night of music that was anything but “feel good” but was good simply because it made them feel.

Ray LaMontagne Setlist:
Meg White
Hold You in my Arms
Achin All the Time
Let It Be Me
You Can Bring Me Flowers
Empty
Narrow Escape
Sarah
Winter Birds (solo)
Henry Nearly Killed Me (It’s a Shame)
Roses & Cigarettes
When Will I See You Again
Hey Me, Hey Mama (with Josh Ritter & Band)
Trouble
Shelter
You Are The Best Thing
Encore:
The Man in Me (Bob Dylan cover)
Jolene