One thing is becoming quite clear: Even despite the rumored departure of drummer Charlie Watts, The Rolling Stones are alive and kicking. Hot on the heels of news that the iconic outfit may be teaming up with Jack White for its next studio album comes word that Mick and Co. are set to release a 40th anniversary, expanded edition of their classic 1970 live album, Get Yer Ya-Ya’s Out.

Recorded over two nights at Madison Square Garden in 1969, the effort is considered the band’s first official full-length live release. 40 years later, the set will be packaged as a deluxe box set and a super deluxe box set. Basically, for many Stones fans, this is the expanded edition they’ve been hoping and praying for. And when you look at the tracklisting, it’s hard to blame them.

The set is comprised of a remastered disc of the original Ya-Ya’s repertoire as well as a disc of five previously songs that were left off of the original release, including “Prodigal Son“, “You Gotta Move”, “Under My Thumb”, “I’m Free”, and “(I Can’t Get No) Satisfaction”. The third CD encompasses unreleased performances by the shows’ openers: B.B. King and Ike & Tina Turner, five songs from the former, and seven songs from the latter.

Also included will be a film of the same title by filmmakers Albert and David Maysles, which will offer full-length performance footage of the five aforementioned previously unreleased songs, a sequence with Mick Jagger, Charlie Watts, and Jack the donkey during the cover shoot for the Ya-Ya’s album, in addition to backstage “tÃªte-Ã -tÃªtes” between Keith Richards, Jimi Hendrix, and Mick Taylor. 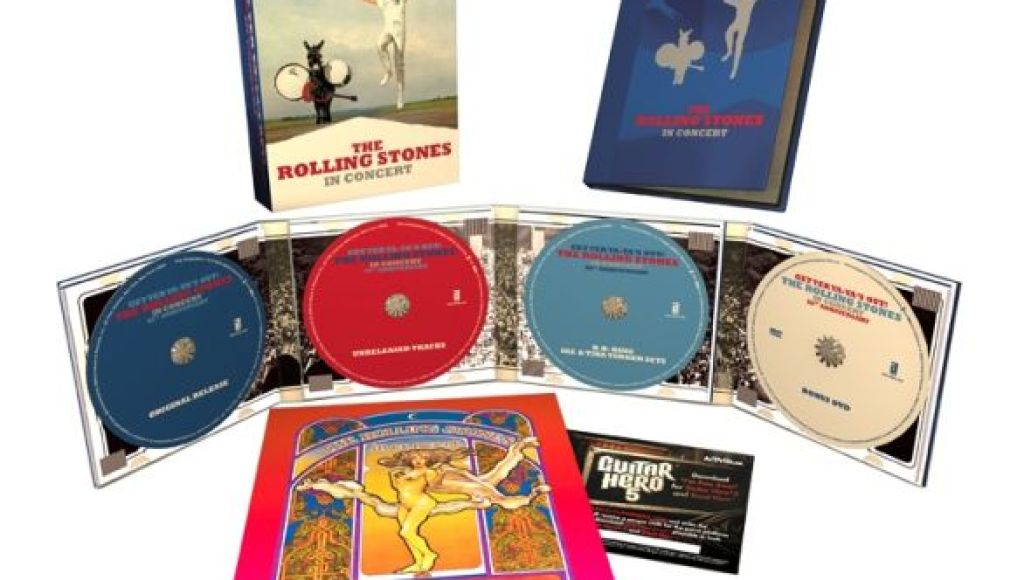 That not enough for you? Good, because there’s more!

The deluxe edition will also pack a 56-page Collectors Edition book featuring photos and an essay by Ethan Russell, as well as the original Rolling Stone review by Lester Bangs, and a replica of the original Stones ’69 tour poster by David Byrd. Plus, there will be a code in a limited number of Box Sets enabling fans to download “I’m Free” for Guitar Hero 5.

The super deluxe edition includes all of the above with the addition of three vinyl LPs, one of which has etched images featuring the cover art and the Rolling Stones’ signatures.

The deluxe edition will hit shelves first on Novemeber 3rd, with the super deluxe edition following on November 17th. Both will be released through ABKCO Records. No word on the pricing for the two releases, but we do have a complete tracklist for you below. So, check that out… while you’re searching the couch for those pennies.

Rolling Stones to release deluxe Get Yer Ya-Ya's Out