So, based on the newly minted cover art for Weezer‘s forthcoming studio effort, we can assume something along the lines of a dog jumping around a vintage decorated living room can be considered Raditude. Either that or Rivers Cuomo and Co. have hit a dead end in lunacy and opted for their recent issue of National Geographic — the picture is from a reader-submitted photo contest run by the magazine each issue — for inspiration. 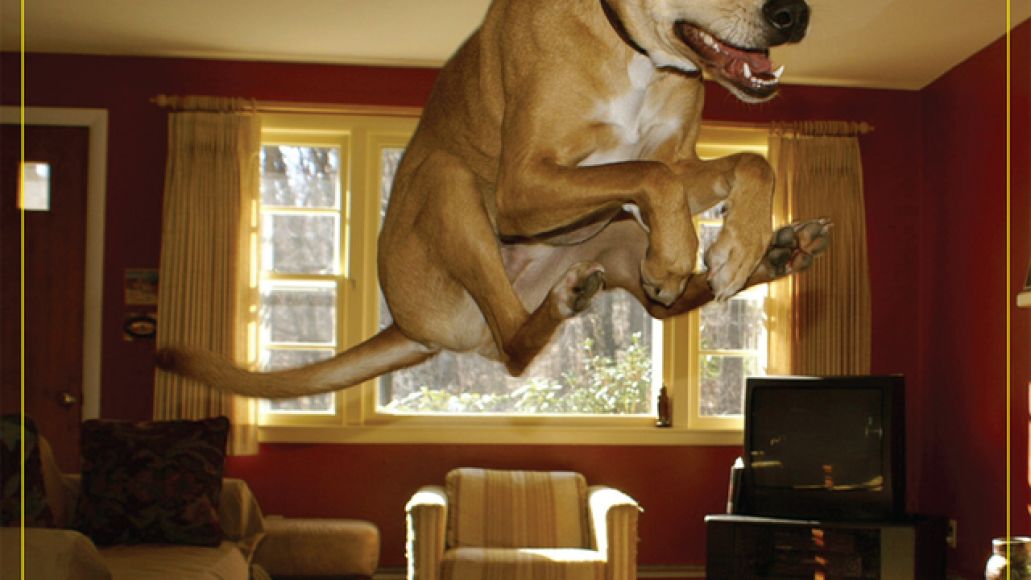