Face it, Lou Barlow is the quintessential slacker god. Under his thick, greasy, sloppy brown hair, there’s a teenager smiling back, complete with a disheveled mug and a trendy potbelly. Here’s a guy that takes life by the second, who probably frets over spilling beer on his 12-year-old, worn out t-shirt than he does about bills or the state of the current economy. Some might scoff at these underwhelming virtues, some might even wince, but some, just some, might find a certain escape in it all.

The latter describes the healthy handful of fans that stuffed up Chicago’s closet-like Vic Theatre last night. Chugging beers, trading concertgoing experiences (everything from TV on the Radio to Sonic Youth to The Afghan Whigs), and digressing on the value of earplugs, it sure seemed like the rag-tag litter of quintessential fans for alternative unit Dinosaur Jr. Though unlike some acts collecting the years lately, the gritty garage band from Amherst, MA brought out some youngsters, too. 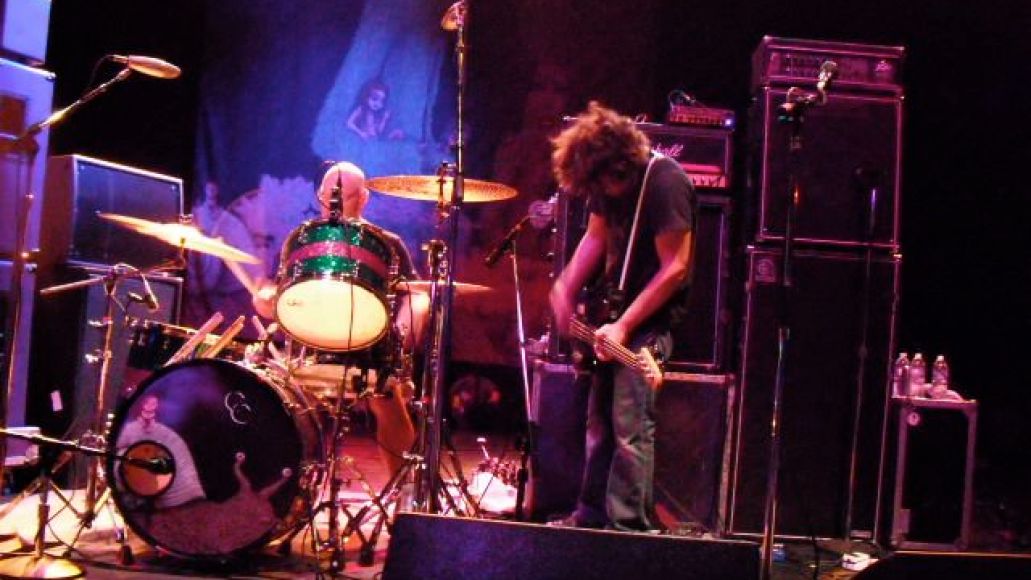 Following a lethargic yet entertaining set from Lou Barlow and The Missingmen, which consisted of discussions about taking over XRT (They requested bizarre act Cro-Magnon earlier today, much to the chargin of the station’s listeners.), Eddie Vedder impersonations via the Into the Wild soundtrack (“After every scene there’s this epic, ‘Ahhhhh.'”), and some cuts off his 2005 album, Emoh, the mop-top bassist switched gears and Dinosaur Jr. stomped on stage, starting with a 1000 ton cut of “Thumb”. With J Mascis and Murph on-stage, there was a new trio to enjoy… partly. That is, if you can call “going deaf” entertainment.

“Are you okay,” Barlow asked, following the opening song. “Do you want us to get louder?” Immediately after, the three jumped into “In A Jar”, an older tune that dates as far back to 1987, off the band’s sophomore effort, You’re Living All Over Me. Still, the younger fans were well aware of the alternative relic, and cheered on relentlessly. The band seemed unaffected — save for Murph, who acknowledged the crowd with a scowl and the occasional fist pump.

Sonically, the whole thing was garbage. Mascis’ guitar, backed by three Marshall cabinets (which walled him in essentially), bled over Murph’s roughneck drumming and Barlow’s poppy basslines. And vocally? Forget it. You couldn’t hear Mascis to save your life. Even during 90’s fan favorite “Feel the Pain”, his vocals were nowhere to be found. Of course, that’s the true spirit of a Dinosaur show; although, some newcomers might have been surprised. 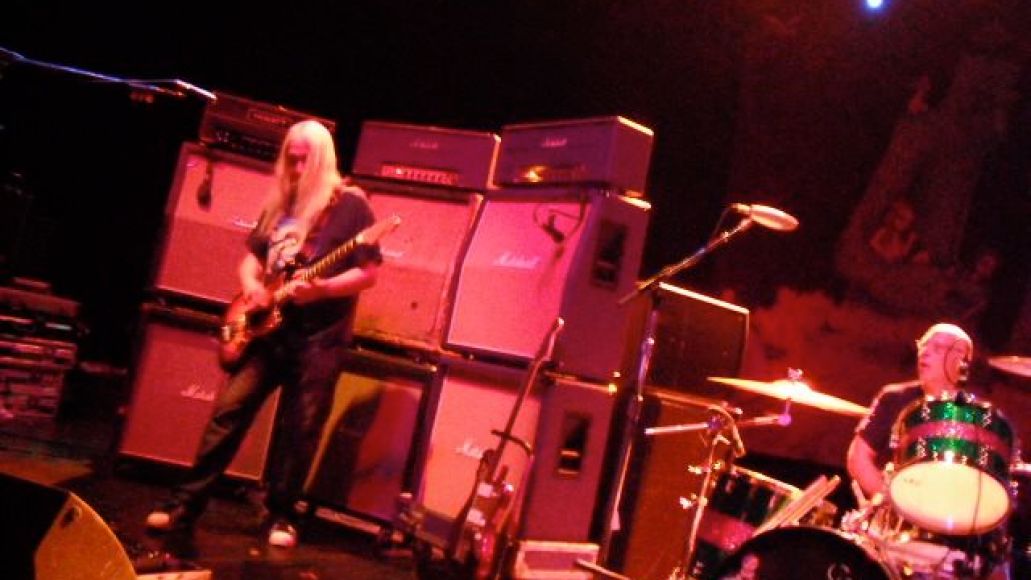 Band trademark or not, the sloppy sound does detract from much of the set. While Mascis has been known to write a slower, softer tune before, 2007’s Beyond and this year’s Farm excels in sporting magnificent yet fully charged ballads. On record, every little note, down to the ghostly feedback, hits the surface… and a key part of the song’s success lies in Mascis’ angsty vocals. On stage, however, a few songs felt underwhelming. “Pieces” rocked hard, sure, but without the vocal hook (“Grab the wheel and feel the pieces of your love…”), it meandered some. The same goes for “Plans”, another track off of Farm, only the extended solo towards the end really takes precedence over anything vocally, anyhow. It’s not that they sounded bad (well, they did, but again… the charm), it just makes you wonder what it’d sound like live if they played it straight. There was a moment — during “Get Me” — where this happened, for maybe 15 seconds, and it was pure bliss.

Regardless, it’s a moot point. If you’re there because you love just the songs, it actually might not be your thing. But, if you revel in that drifting idealism, that slacker “whatever” mindset, all of which is supported by a subculture that’s both universally melancholy and individually sanguine, then this show — this band — is for you. Otherwise, you’re looking at it the wrong way, sort of like buying rubber cement for the glue and not the smell. Now, that’s a metaphor I’m sure Barlow could get behind.

Encore:
Just Like Heaven (The Cure cover)
The Lung 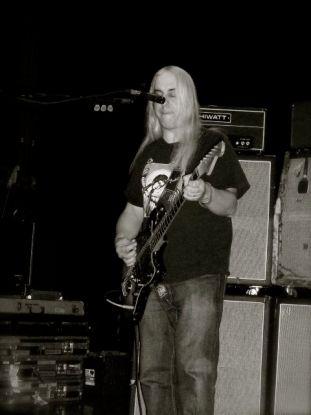 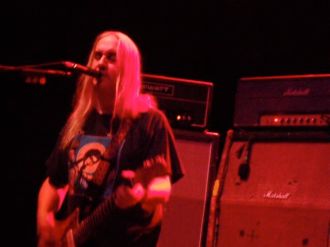 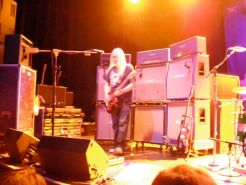 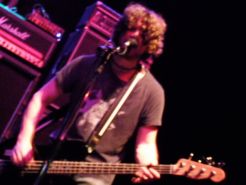